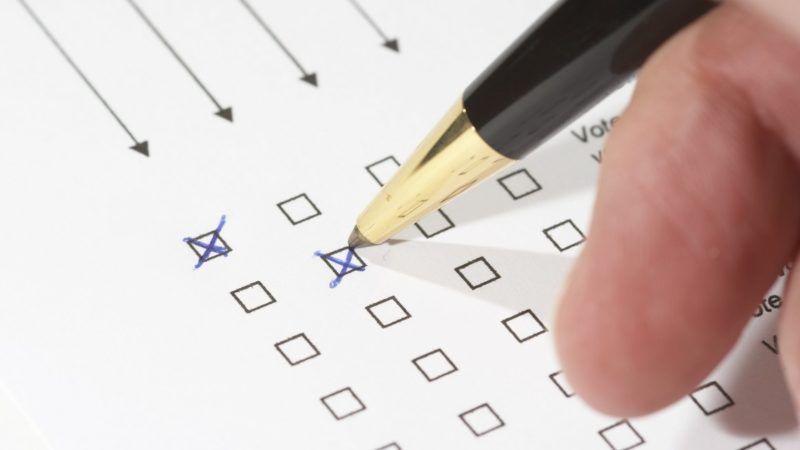 Alaska will be joining Maine in allowing its voters to rank candidates for office rather than having to settle for just one.

The full numbers are finally in for Alaska Ballot Measure 2, which will implement ranked-choice voting in the state. It has passed (barely) with 50.6 percent of the voters' approval.

Ranked-choice voting allows citizens to rank candidates for office in order of their support. In order to win, the top candidate must receive more than 50 percent of the vote. If he or she does not, the candidate who received the fewest votes is eliminated and the vote is recounted. For every voter who selected the eliminated candidate, now their second-choice is counted as their vote. This continues until one candidate passes the 50 percent threshold, and that candidate is deemed the winner.

Ranked-choice voting allows greater room for third-party and independent candidates to draw votes without citizens feeling like they have to "throw their vote away." It doesn't necessarily change election outcomes—even with three opponents, Republican Maine Sen. Susan Collins got 51.1 percent of the vote on Election Day to keep her seat, and so the state's ranked-choice mechanisms didn't apply. But it can change—and on occasion, has changed—results if voters are too lukewarm on a frontrunner.

In Alaska, Measure 2 will implement ranked-choice voting for state and congressional offices, and it also changes how the primaries work. They'll be shifting to an open primary where voters can choose among candidates regardless of political affiliation. The top four will then advance to the November election, where ranked-choice selection will determine the winner. This is an intriguing loosening of the "top-two primary" system in states like California and Washington, where only two candidates (regardless of party) make it to the November votes, cutting ballot access for third-party candidates and sometimes even leaving voters only with the choice between two people from the same party.

A different type of election will be introduced in St. Louis, again thanks to the result of a local ballot proposition. Proposition D will bring approval voting to primaries for local city offices. In approval voting, voters don't need to choose just one candidate, nor do they rank the candidates. Instead, they can simply vote in favor of each candidate they like and would accept to that office. Then the candidate with the most approval votes wins.

In St. Louis, by a vote of 68 percent, citizens agreed to implement a system of approval voting for the March primaries for city elections. In the primary, voters will choose however many candidates they approve of for each office. The top two vote-getters will then face off in the April vote in a more traditional runoff election.

This isn't quite as significant a change in voting as in Alaska and Maine, and St. Louis Public Radio notes that part of the impetus for the shift is that St. Louis's city races are so heavily dominated by Democrats (it hasn't had a Republican mayor since 1943) that the big fight is in the primary between several Democratic candidates, and sometimes the "winner" actually has only 40 percent of the vote or less. Approval voting will, proponents hope, ensure that the candidates that the most voters support make it to the runoff.

But as St. Louis Public Radio also points out, narrowing the pool down to two candidates for the runoff may end up having the same effect as it does in California—cutting out third parties. It could even damage their access to the ballot in the long term:

There are five political parties in Missouri—Republican, Democratic, Green, Constitutional and Libertarian—that appear on the ballot automatically in every election. But if an established party's candidate fails to get 2 percent of the votes cast in two straight elections in a county, it loses established party status in that county.

Proposition D takes away three opportunities for third parties in St. Louis to reach that goal, said Don Fitz, the outreach coordinator for the Green Party of St. Louis.

"And so it would be much, much more difficult for any small party, whether it's the Green Party or the Libertarian Party to maintain ballot status," he said. "And it's another form of favoritism for the Democrats and Republicans to do for themselves."

They'll be able to see next spring how it affects the election results.