You might finally be able to buy a dishwasher that gets the job done, unless Joe Biden changes the rules again. 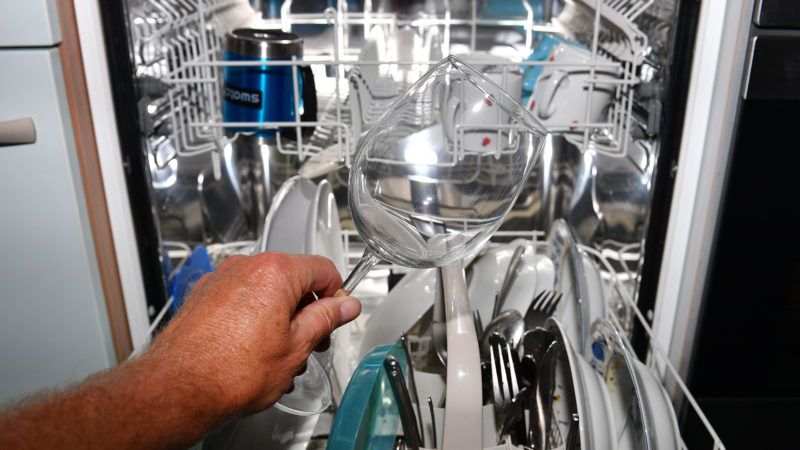 President Donald Trump has scored a win against regulations that limit how much water a dishwasher can use—but those reforms could get scrubbed away by President-elect Joe Biden.

In October, Trump's Department of Energy finalized a rule establishing a new product class for residential dishwashers that will have a normal cycle time of up to one hour and that can use five gallons of water per cycle. Those rules effectively roll back an Obama-era rule limiting standard dishwashers to use no more than 3.1 gallons of water per cycle.

That limit forced dishwasher companies to adjust their products' cycle lengths. And the supposedly more efficient but less useful dishwashers have been a punchline at Trump's rallies for years.

"Anybody have a new dishwasher?" Trump asked the audience at a rally in January. "I'm sorry for that, it's worthless. They give you so little water….You end up using it 10 times…then you take them out and do them the old-fashioned way, right?"

It's probably been a long time since the president used a dishwasher or did his dishes "the old-fashioned way," but Trump's complaints reflect a frustrating reality. According to data from the Competitive Enterprise Institute, a pro-market think tank, the average dishwasher cycle time has jumped from the one-hour cycle that was common a decade ago to more than two hours today.

The tighter rules didn't lead to energy savings for customers. The Association of Home Appliance Manufacturers estimated that they actually increased water consumption by 63 billion gallons, as households would have to run their dishwashers multiple cycles, or pre-rinse their dishes by hand, in order to get dishes actually clean.

Under the new rules finalized last month, consumers will have more options. The upcoming generation of dishwashers will take less time to get dishes clean, and they'll actually get those dishes clean in the first place. As The Wall Street Journal notes, this isn't "peace in the Middle East or a Covid-19 vaccine." But it is the sort of rule-making that Americans should want from Washington.

Unfortunately, the new rules may not last. While the incoming administration has been vague about which deregulatory efforts they intend to undo, they have spoken in favor of tightening environmental regulations—and the new dishwasher rules could be a casualty.

If so, that'll be bad news for consumers. People should also be able to buy the products that best suits them.