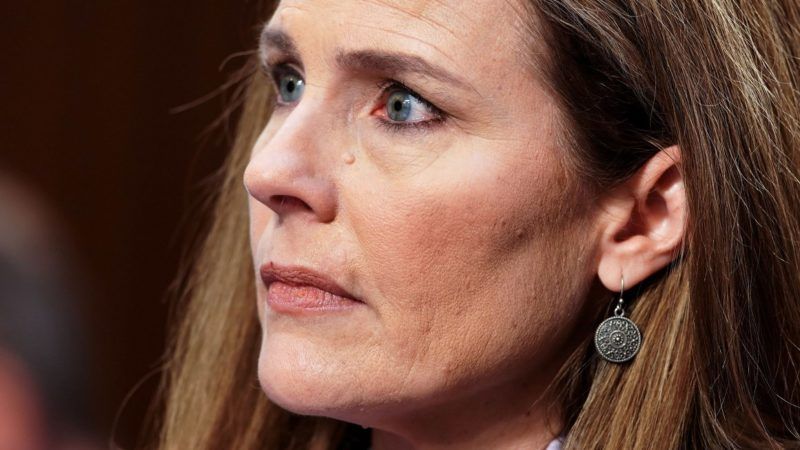 The Supreme Court this morning spent two hours debating whether the city of Philadelphia can decline to contract with a Catholic organization to place foster children with families if that organization holds religious objections to allowing same-sex couples to participate.

The complicated case pits the general application of discrimination laws against the boundaries of religious liberty. Based on the lines of questioning today, it's not entirely clear where the Court's justices will fall.

The case, Fulton v. Philadelphia, revolves around Catholic Social Services (CSS), which contracts with the city to provide a number of child welfare services. Because of religious objections to same-sex marriage recognition, it does not want to screen or certify gay couples as potential foster families and does not place children with them. This violates Philadelphia's anti-discrimination laws, and in 2018, the city stopped contracting CSS for this service, though to this date apparently no gay couples have actually come to CSS looking to foster kids.

CSS and foster parents connected to CSS have sued for discrimination, claiming that they are exercising their right to religious expression and demanding that Philadelphia restore the contract. The City of Philadelphia argues that this is not a case of religious discrimination—the rules are being applied neutrally and without animosity toward CSS's religious beliefs. The city's lawyers point out that CSS is still getting $26 million in annual funding from Philadelphia for the child services they provide. They've only cut off the placement contract.

The questioning today probed many different areas about the business relationship between CSS and Philadelphia. Several justices (including newly seated Justice Amy Coney Barrett) questioned whether CSS was a contractor with the city (giving the city more power to set guidelines) or a licensed private partner who provided a service to the city.

That may seem like a strange place to take the discussion, but the reason became clear in Barrett's line of questioning toward Neal Katyal, the attorney for Philadelphia. The city controls who is permitted to participate in this process of certifying foster parents, which led Barrett to hypothesize a situation where the government takes control of all hospitals but then contracts out with private parties to operate the hospitals. Could the state then say, "You can get exemptions from some medical procedures, but every hospital must perform abortions?"

Katyal's response was that a government takeover of all hospitals would raise any number of constitutional issues and couldn't really address the hypothetical. He did attempt to reject the characterization of a city-run foster parent monopoly by arguing that this case involves only those children who are wards of the state. For those children, the government has a compelling interest in establishing and enforcing neutral guidelines about who qualifies as appropriate parents, including same-sex couples.

But the city's attorneys argued that if Philadelphia allowed CSS to cite religious belief for an exemption from its anti-discrimination law, then there could potentially be a domino effect of religious organizations seeking exemptions to discriminate for a whole host of reasons, including the possibility that they'd turn away couples of different faiths. The justices and the lawyers all seemed to agree that the Supreme Court would reject any attempt to use religion as an excuse to deny adoption opportunities to interracial couples. But now the court must contend with real religious conflicts raised by recent Supreme Court decisions mandating same-sex marriage recognition and forbidding workplace discrimination against gay and trans people, and several justices noted back in those rulings this conflict was coming. How do these sincerely held religious convictions intersect with government contract rules?

Justices Samuel Alito and Brett Kavanaugh were both most vocally on CSS's side. Alito said this dispute stems from Philadelphia not being able to "stand the message that the Archdiocese and CSS are sending" by not wanting to work with same-sex couples. Kavanaugh accused the city of "looking for a fight" and failing to consider a balance between religious rights and same-sex marriage rights with the way they're enforcing the anti-discrimination law. Katyal resisted this characterization, noting that they had won in the lower courts and that the attorneys representing CSS are forcing the fight.

Toward the end of oral arguments, Justice Sonia Sotomayor asked attorney Jeff Fisher, who was representing nonprofits who agree with the city's position, if there was a possible compromise here—a strong suggestion the justices really don't want to establish a big precedent, given the complicated nature of this case and foster care and the different policies that come into play when screening parents versus matching children to homes. Fisher noted that the city was not asking the CSS to endorse same-sex marriage when it certifies that a same-sex couple meets the city's standards for becoming foster parents and can include a disclaimer as such.

Lori Windham, representing CSS and foster parent Sharonell Fulton on behalf of the Becket Fund for Religious Liberty, is pushing the Supreme Court to reconsider the 1990 precedent Employment Division v. Smith, which held that the government is generally not violating a person's free exercise clause by enforcing laws as long as such laws are neutrally applied.

While the Smith decision, written by Justice Antonin Scalia, was discussed throughout today's hearing, there didn't really seem to be a lot of interest in going so far as to reverse the ruling. It is, however, clear that several justices, including Barrett, are concerned that this case could end up having wider implications for religious liberty regardless of which way they rule. That suggests the possibility of a very specific, narrow ruling and not some new precedent.