Woman Hog-tied and Thrown in Cop Car, Rides Face Down, Begs for Mercy 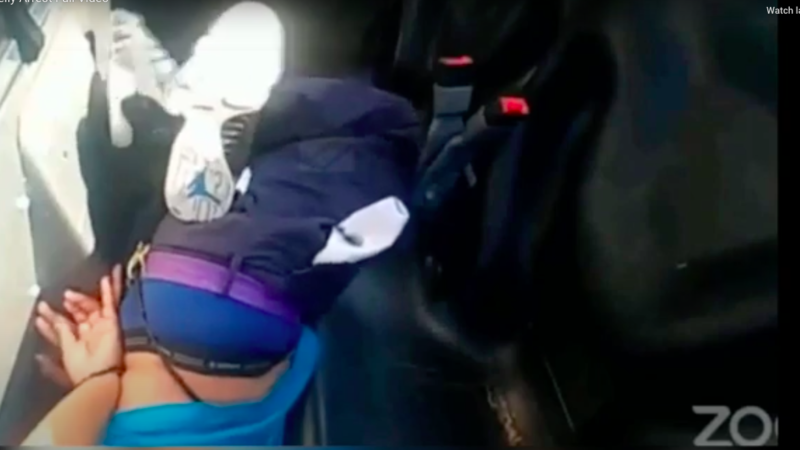 "I beg you, master. Master!" That's what a black Colorado woman, Shataean Kelly, 28, cried out to the police officer who had hog-tied her and thrown her in the back of his cop car after arresting her for being in a fight. She slipped off the seat and with her face to the floor, hands and feet shackled behind her back, she begged, "please don't let me die back here!" as he drove her for another 21 minutes to the precinct.

The officer, Levi Huffine, later claimed he couldn't see what was happening in the back seat, reports CBS Denver. But on camera footage of the ordeal, her words, crying, and prayers are very easy to hear, including, "Officer, please. I can't breathe."

The incident took place in Aurora, Colorado, in August of 2019, but the footage was just released this week. It if seems eerily reminiscent of the story of black woman who was also hog-tied by Aurora police, it should. Last week Diane Redleaf reported on the case of Vanessa Peoples, a mom whose toddler wandered away at a family picnic, prompting a passerby to call the police, who then called child services. When a caseworker came to Peoples' home and she didn't hear the knocking, the worker called for backup and three cops entered Peoples' home, guns drawn. In the hubbub that ensued, they hog-tied Peoples, dislocated her shoulder, and took her to jail. This was during a "child wellbeing" visit in 2017.

Aurora has also been the focus of protests over the death of Elijah McClain, a 23-year-old who was walking home from getting his brother an iced tea on Aug. 24, 2019, when someone called 911 to report that he was waving his arms, wearing a mask and looking suspicious.

When the police found McClain, who was unarmed, they struggled to handcuff him, finally felling him with a "carotid hold." McClain vomited, apologized for this, and told officers he couldn't "breathe properly." Emergency medical technicians injected him with the sedative ketamine. McClain had a heart attack on the way to the hospital and died six days later.

Upon the release of the video showing Kelly hogtied and upside down in the cop car, Aurora Police Chief Vanessa Wilson said she was sickened by what she saw and believed Huffine had hog-tied Kelly as "punishment," not for any actual safety reason. Tied up and contorted this way, Kelly could have died of positional asphyxia, said Wilson. "[Huffine] is lucky she did not die in the backseat of that car. Because he would be—in my opinion—in an orange jumpsuit right now."

A review board had recommended a five-week suspension, but Wilson overruled them and fired Huffine. He has appealed his termination.

In the meantime, Aurora has dropped all criminal charges against Kelly.