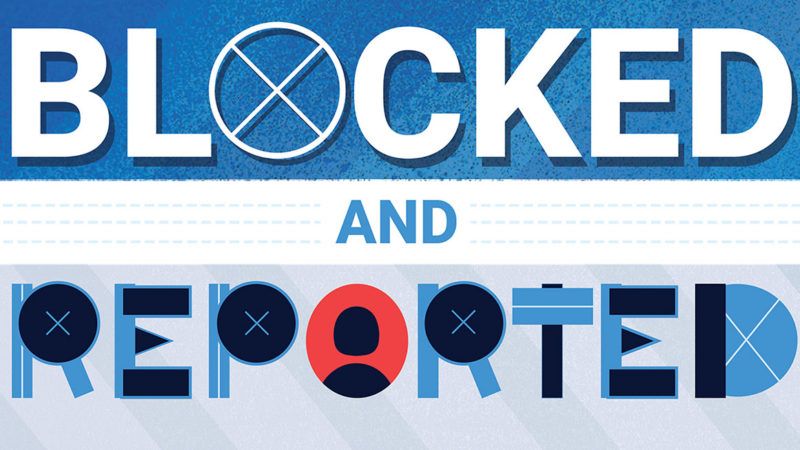 Want a guided tour of what's upsetting the woke and sparking a backlash among the "extremely online" this week? The new podcast Blocked and Reported might be for you. Each week, hosts Katie Herzog and Jesse Singal dissect the latest in internet outrage, employing humor, nuance, and a healthy appreciation for absurdity.

As journalists and self-described "internet obsessives," Herzog and Singal are well-versed in the fights, factions, and fictions that drive Twitter mobs and animate internecine web feuds. And as liberal-leaning thinkers with an aversion to performative self-flagellation and a willingness to still stick up for civil liberties, they've found themselves on the receiving end of "cancel culture" more than a few times. But rather than "leave the left," Herzog and Singal dedicate themselves to pointing out their side's culture-war excesses without fully abandoning that side.

The conceit makes for a podcast that spares nothing in ridiculing online controversies around gender, sexism, racism, and other heated issues but avoids the pitfall of simply gawking at dumpster fires. It also doesn't let any political tribe off the hook. For the most part, the hosts succeed at teasing deeper meaning out of the social-media drama that, sadly, has shifted from a mildly curious phenomenon to the backbone of U.S. politics over the past few years.