The former New York Times SCOTUS reporter does not seem to understand the arguments she is criticizing. 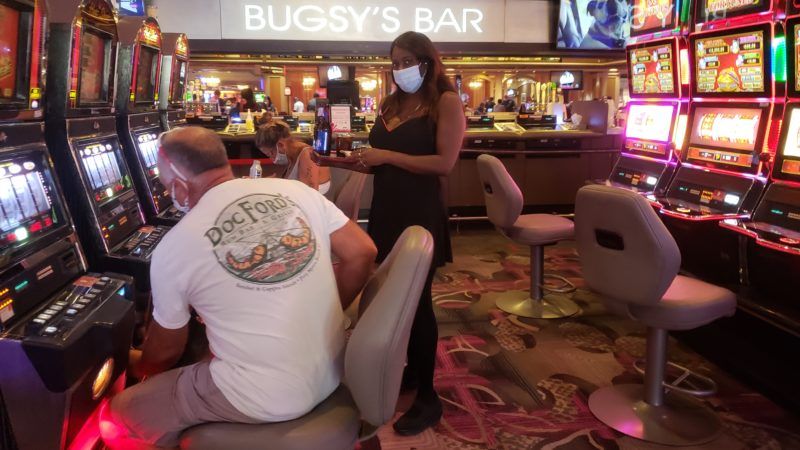 Linda Greenhouse, who covered the Supreme Court for The New York Times from 1978 to 2008, was "startled" by the sympathy that four justices recently expressed for a Nevada church's challenge to the state's 50-person cap on religious services. In an op-ed piece published today, Greenhouse argues that the justices' dissent from last Friday's decision against granting Calvary Chapel in Dayton an injunction pending appeal irrationally elevates religious concerns above public health. She says the dissenting justices—Samuel Alito, Clarence Thomas, Neil Gorsuch, and Brett Kavanaugh—"appear oblivious to the facts on the ground, particularly the well-documented role of religious services in spreading the virus."

To the contrary, it is Greenhouse who seems oblivious to the facts—in particular, Nevada's arbitrary distinction between houses of worship and businesses that pose similar or greater risks of COVID-19 transmission. Those favored businesses include bars, restaurants, gyms, arcades, bowling alleys, and, most conspicuously, casinos, where thousands of people from around the country have been gathering to try their luck since Nevada Gov. Steve Sisolak allowed the gambling palaces to reopen on June 4. All of those businesses are permitted to operate at 50 percent of capacity, while churches, synagogues, and mosques may admit no more than 50 people at a time, regardless of their capacity. A church with seating for 500 people, for example, may not exceed one-tenth of its capacity.

That sort of discrimination is hard to reconcile with the standards that the Court has applied to laws that restrict religious activities. When those laws are neutral and generally applicable, the Court said in the 1990 case Employment Division v. Smith, they are consistent with the First Amendment's guarantee of religious freedom. But when those laws impose special burdens on religious organizations that do not apply to similarly situated secular organizations, the Court said three years later in Church of Lukumi Babalu Aye v. City of Hialeah, they must satisfy strict scrutiny, meaning the government has to show the restrictions are narrowly tailored to advance a compelling government interest. That test is hard to pass, and the arguments mustered by Nevada in this case do not come close.

Calvary Chapel wanted to hold 45-minute services for up to 90 people, half of its capacity. Under its plan, congregants would follow designated one-way paths in and out of the church, observe physical distancing rules, sit in family groups spaced at least six feet apart, wear masks during services, and pass no items to each other. Sufficient time would be allowed to sanitize the church between services. These precautions, according to an infectious disease specialist consulted by the church, are "equal to or more extensive than those recommended by" the Centers for Disease Control and Prevention.

Compare that prohibited plan with the situation in restaurants, where people frequently sit for longer than 45 minutes and do not wear masks while they are eating; in bowling alleys, where groups of up to 50 tournament spectators are allowed to sit together as long as they stay six feet away from other groups; or in casinos, where people drink and gamble in close proximity at blackjack and craps tables, often eschewing the masks that are notionally required. The state lets all those indoor businesses serve up to half as many customers as were allowed before the pandemic, which in casinos means thousands of patrons at any given time, gamblers who often will visit several casinos during their visits.

If there is a logical public health rationale for this distinction, Nevada was unable to locate it. Greenhouse cites "the well-documented role of religious services in spreading the virus," linking to a New York Times story that originally carried a headline claiming churches "Are a Major Source of Coronavirus Cases." But the information in the article, suggesting that "churches and religious events across the United States" account for something like 0.02 percent of COVID-19 infections, did not support that claim. Evidently that became apparent to the newspaper's editors, who revised the headline without explanation two days after the article appeared.

"The Constitution guarantees the free exercise of religion," Alito notes in his dissent from the decision to deny the injunction sought by Calvary Chapel, which was joined by Thomas and Kavanaugh. "It says nothing about the freedom to play craps or blackjack, to feed tokens into a slot machine, or to engage in any other game of chance. But the Governor of Nevada apparently has different priorities. Claiming virtually unbounded power to restrict constitutional rights during the COVID–19 pandemic, he has issued a directive that severely limits attendance at religious services….That Nevada would discriminate in favor of the powerful gaming industry and its employees may not come as a surprise, but this Court's willingness to allow such discrimination is disappointing. We have a duty to defend the Constitution, and even a public health emergency does not absolve us of that responsibility."

Alito suggests that Sisolak's policy also runs afoul of the First Amendment by discriminating against speech based on viewpoint. "When large numbers of protesters [against police brutality] openly violated provisions of the Directive, such as the rule against groups of more than 50 people," he notes, "the Governor not only declined to enforce the directive but publicly supported and participated in a protest." Such discrimination also figured prominently in a federal judge's June 26 decision against New York's restrictions on religious services.

Greenhouse, who is currently the Knight Distinguished Journalist in Residence and Joseph M. Goldstein Lecturer in Law at Yale, does not simply disagree with Alito's argument. She does not seem to understand his point. "'Religion counts as a viewpoint,' he wrote, a sentence I found baffling," she says. "Isn't belief in public health a viewpoint?"

Greenhouse notes that Nevada's 50-person limit applies not only to churches but also to lecture spaces, museums, trade schools, and movie theaters (which are allowed to admit 50 customers per screen). But Kavanaugh, in a separate dissent, says Nevada is not off the hook simply because some venues have to comply with the same occupancy rule that applies to churches:

Gorsuch, in his own one-paragraph dissent, makes short work of Nevada's claim that the First Amendment allows it to disfavor houses of worship in this way:

This is a simple case. Under the Governor's edict, a 10-screen "multiplex" may host 500 moviegoers at any time. A casino, too, may cater to hundreds at once, with perhaps six people huddled at each craps table here and a similar number gathered around every roulette wheel there. Large numbers and close quarters are fine in such places. But churches, synagogues, and mosques are banned from admitting more than 50 worshippers—no matter how large the building, how distant the individuals, how many wear face masks, no matter the precautions at all. In Nevada, it seems, it is better to be in entertainment than religion. Maybe that is nothing new. But the First Amendment prohibits such obvious discrimination against the exercise of religion. The world we inhabit today, with a pandemic upon us, poses unusual challenges. But there is no world in which the Constitution permits Nevada to favor Caesars Palace over Calvary Chapel.

Greenhouse still doesn't get it. "I've been fascinated that some liberal commentators found the dissenting opinions persuasive and the case a close one," she writes.

Greenhouse links to a Vox piece in which Ian Millhiser says Calvary Chapel "presented a much stronger legal argument" than South Bay United Pentecostal Church did in its challenge to California's restrictions on religious services last May. In that case, the Court likewise declined to issue an injunction pending appeal, and Chief Justice John Roberts wrote an opinion emphasizing that states have broad discretion in dealing with communicable diseases. The same four justices dissented.

Millhiser, who was not impressed by the argument against California's rules, argues that churches in that state "were treated more favorably than similarly situated businesses, as they were allowed to reopen sooner than other places where groups of people gather in auditorium-like settings." By contrast, he says, "there's a plausible argument that Nevada does single out places of worship for inferior treatment that's not imposed on many comparable secular spaces."

Greenhouse won't even allow that much, and her reasoning is telling. "I understand the impulse not to appear unduly antagonistic toward religion," she says, "but I think that generosity toward the religious claim here loses sight of the broader context in which the dissenting justices were writing."

By that Greenhouse means "the persistence of the Supreme Court's conservative justices in seeking to elevate religious interests over those of secular society." As evidence of that persistence, Greenhouse cites recent decisions in which the Court upheld a religious exemption from Obamacare's contraceptive coverage mandate and ruled that the "ministerial exception" to employment discrimination claims extends to teachers hired by churches.

When you understand that Alito et al.'s receptiveness to Calvary Chapel's claims reflects a broader concern about religious freedom, Greenhouse seems to be saying, you should be wary about granting those claims any weight, no matter their legal merits. If she is trying "not to appear unduly antagonistic toward religion," she is not doing a very good job.