"Garrett Foster understood that libertarianism was about speaking on behalf of those who are the most acutely affected by the abuses perpetrated by an overly aggressive and unaccountable government." 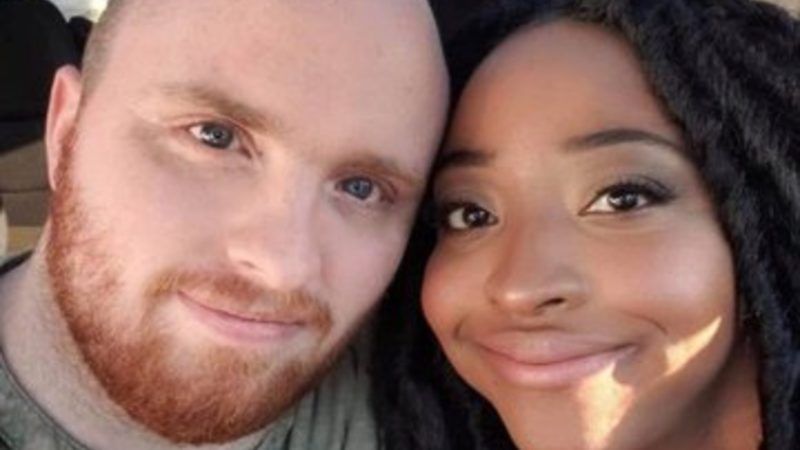 Garrett Foster, a libertarian activist, was killed on Saturday while attending a Black Lives Matter (BLM) protest in Austin. While the events surrounding his death are still being investigated, libertarians who recognize the importance of being involved in the anti-police brutality protests have expressed their sadness for his loss, and are reminding others that libertarians have both an opportunity and a duty to participate in the current debate on American policing.

Foster attended a BLM protest with his fiancée, Whitney Mitchell. The pair met when they were teenagers and moved to Austin a few years ago. Foster was lauded by his family and several others for the care he provided for Mitchell, a quadruple amputee. Foster and Mitchell were actively involved in local BLM protests following the death of George Floyd at the hands of a Minneapolis police officer.

There is some dispute between the Austin Police Department (APD) and numerous witnesses over details in the official story, Intelligencer reports.

On Saturday, Foster was exercising his right to open-carry an AK-47 rifle, as allowed by Texas state law, and marching alongside fellow protesters. Just before 10 p.m., the protesters crossed the intersection of Fourth Street and Congress Avenue. That's when a driver, who remains unidentified by the APD, aggressively accelerated his car toward the crowd of protesters. The protesters, including Foster, who was pushing Mitchell through the intersection, approached the vehicle in an attempt to get the driver to stop.

Both witnesses on the scene and the APD confirm that the driver fatally shot Foster from the vehicle and that Foster did not discharge his weapon during the encounter. Another member of the crowd returned fire. The APD says both shooters had licenses to carry.

The fact in dispute is whether Foster pointed his weapon at the driver. Austin Police Chief Brian Manley said on Sunday that the driver maintained Foster had aimed his gun towards him, leading him to shoot. Several witnesses say the opposite is true. They maintain that Foster's rifle was pointed downward. The APD has asked for video and pictures from the scene.

Cohen tells Reason that he was "honored" to have someone like Foster in the movement and that Foster will be "greatly missed" by his loved ones and those in the Libertarian Party.

"Garrett Foster understood that libertarianism was about speaking on behalf of those who are the most acutely affected by the abuses perpetrated by an overly aggressive and unaccountable government," Cohen says.

Cohen notes that libertarians "can stand back and allow this movement to be co-opted by authoritarians who push for even worse policies, or," like Foster, "we can take our natural place within this movement, which is largely espousing and advocating for policies that we've been advocating for since we were founded in 1971."

Libertarian National Committee Chair Joe Bishop-Henchman tells Reason, "Garrett joined the [Libertarian Party] in 2017, and while I never got to meet him, his enthusiasm for a better world and the Jorgensen/Cohen campaign was evident. Libertarians across the country are mourning his loss."

Bishop-Henchman adds that libertarians are "joining efforts" to work towards criminal justice and policing reforms, "which have been consistent positions of ours for decades."

"We bow our head at the passing of Libertarian Garrett Foster," the Libertarian National Party tweeted on Sunday.