How Non-Existent Cancel Culture Works at Princeton and Elsewhere

When a university president threatens a professor with consequences for writing an article, free expression loses out. 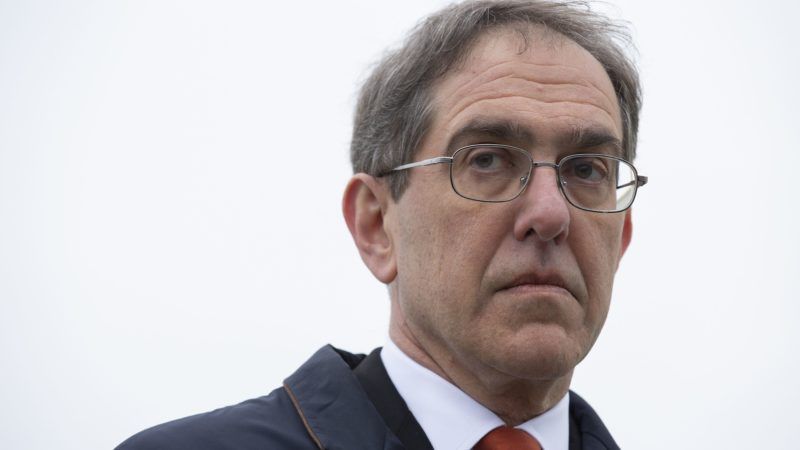 Last week in Quillette, a Princeton Classics professor, Joshua T. Katz, published an article criticizing a letter signed by some of his institution's professors "to block the mechanisms that have allowed systemic racism to work, visibly and invisibly, in Princeton's operations." The faculty letter insisted that "Anti-Blackness is foundational to America" and that it was "rampant" even at progressive institutions such as the school formerly known as the College of New Jersey. The letter articulated a long list of demands regarding the recruitment and retention of people of color as faculty members and students and even called for the creation of

a committee composed entirely of faculty that would oversee the investigation and discipline of racist behaviors, incidents, research, and publication on the part of faculty, following a protocol for grievance and appeal to be spelled out in Rules and Procedures of the Faculty. Guidelines on what counts as racist behavior, incidents, research, and publication will be authored by a faculty committee for incorporation into the same set of rules and procedures.

In the Quillette article, Katz agreed with some of the letter's action items but said that the above "scares me more than anything else: For colleagues to police one another's research and publications in this way would be outrageous." On its face, the call to investigate and discipline research and publications of other faculty is a complete refutation of academic freedom.

But of course, "cancel culture" doesn't exist, right? So there's no problem here, only the disenfranchised faculty of an Ivy League institution finally getting to join a conversation from which they'd been excluded. As Nesrine Malik puts it in The Guardian, "what is really unfolding here is a cohort of established influencers grappling with the fact they are losing control over how their work is received."

Such a formulation doesn't seem to be capture what's going on in the case of Katz. In his Quillette article critiquing his colleagues' call for the right to "oversee the investigation and discipline of racist behaviors, incidents, research, and publication on the part of faculty," he also characterized the Black Justice League, a student group active on campus from 2014 to 2016, as a "local terrorist organization that made life miserable for the many (including the many black students) who did not agree with its members' demands."

That phrasing drew the ire of Princeton's president, Christopher Eisgruber, who said

"While free speech permits students and faculty to make arguments that are bold, provocative, or even offensive, we all have an obligation to exercise that right responsibly," Eisgruber said in a statement to The Daily Princetonian. "Joshua Katz has failed to do so, and I object personally and strongly to his false description of a Princeton student group as a 'local terrorist organization.'"

The student newspaper also noted that a university spokesperson said the administration "will be looking into the matter further." What does that mean, exactly? Will Katz be docked pay, demoted, or denied course release or a sabbatical? He almost certainly couldn't be fired, but if this had happened after his colleagues had created their anti-racism committee, who knows? Because the faculty letter was published on July 4, Katz had ironically titled his critique "A Declaration of Independence by a Princeton Professor." Maybe that headline will be more literal than he'd ever conceived.

As Matt Welch writes elsewhere at Reason today about the resignations of Bari Weiss from The New York Times' opinion page and Andrew Sullivan from his column at New York magazine, free speech and open inquiry are not threatened only by state censorship or draconian corporate policy. Weiss and Sullivan are in many ways professional controversialists, but the places that hired them have made it clear that the range of acceptable opinion they will tolerate is getting smaller and smaller. Indeed, the Times' fired its op-ed page editor after he published an article by ultra-conservative Sen. Tom Cotton (R–Ark.). Both The Times op-ed page and New York aren't explicitly ideological outlets along the lines of a Reason or a Jacobin or a National Review. If they are chasing away people such as Weiss, a pro-choice #NeverTrumper, and Sullivan, the former editor in chief of The New Republic and an influential advocate for marriage equality, something like "cancel culture" is absolutely real. It needn't be as stark or powerful as a government office of censorship to radically constrict and constrain free expression. It can even coexist comfortably with an ever-increasing range of platforms from which we can all shout whatever we want to shout. In a world where a young policy analyst was fired after tweeting about peer-reviewed research on the impact of violent protests on the 1968 election, do we really want to pretend a convulsion of censorial behavior is not happening?

In a fascinating essay about his failed attempts to make a documentary about tennis legend Martina Navratilova, Glenn Greenwald writes that cancel culture is "a term I dislike due to its lack of definitional precision and inaccurate connotations that it is something novel—it is not—but it is also unavoidable when referencing ongoing debates about 'free discourse.'" As Nesrine Malik writes, "the people who are waiting to pile on you, dox you (spread private information about you online with malicious intent) and get you fired" have made her "a more cautious writer" who "take[s] fewer risks."

Having your university president call you out publicly for failing to exercise free speech "responsibly" is not the same as getting fired or thrown in jail, but it's also not going to make scholars at Princeton or anywhere else more likely to push the envelope, is it? Libertarians are right to insist on strict definitions of censorship as something that only governments can do, but we should also always and everywhere push back against people and forces that would restrict and shrink the range of public opinion to the equivalent of a comically undersized "free-speech zone" on a college campus. Free speech, as popularly understood, is something that only was achieved in the late 1950s and early 1960s. We turn away from attacks on freewheeling expression at great risk, even in an age of unparalleled options for speaking our minds.