Incentive programs for electric cars and solar panels mostly benefit those who can afford those things, while regulations that drive up the cost of energy hurt those who can't afford much to begin with. 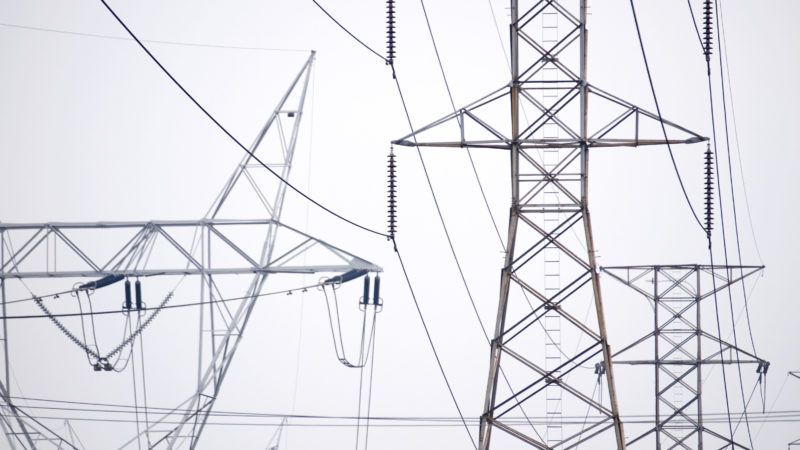 A prominent new study from UCLA researchers about California's energy policies is fascinating not so much for its Captain Obvious conclusions, but because it points to a growing rift on in the environmental world between those who favor the state's far-reaching "green" policies—and those who want to hector us to use less energy.

"Wealth is a prominent driver of demand for residential energy," the authors wrote. "Worldwide, wealthier groups lead more materially and energetically intensive lives than the less affluent, consuming in excess of what they require to meet their essential needs." That's stunning for its inanity. Is anyone shocked that those with higher incomes live in bigger houses, and spend more to cool them, than those with lower incomes?

"This level of consumption is clearly beyond what you need to provide for your survival, to allow you to be a functioning member of society," the study's lead author, Eric Fournier, told the Los Angeles Times. He and his fellow authors thought long and hard about their descriptions of "excessive" and even "profligate" energy consumption. Apparently, academics should decide how much electricity everyone else should use.

I've found a constant theme from the environmental community when it comes to every resource-related policy debate, from electricity production to fossil fuels to water availability. Activists talk about improving efficiencies and battling climate change, but they mainly seem offended that people aren't conserving enough. I'm going out on a limb here, but it's an undeniably good thing that we can use more energy than we need for our basic survival.

Nevertheless, the study has raised an interesting—albeit stunningly obvious—point, as California continues its headlong rush toward a green-energy future based on command-and-control edicts, subsidies and quasi-market mechanisms such as cap and trade. It found that incentive programs for electric cars and solar panels and some other costly energy policies, "have been found to disproportionately benefit wealthier individuals."

Well, poor people generally aren't installing solar panels or buying $50,000 cars. One need not peruse the study's charts of Los Angeles County to know that Electric Vehicle adoption is higher in Beverly Hills than Watts. I'm all for the development of alternative energy industries, but using public funds, and hobbling old-line energy industries with excess regulations and taxes, is a wealth transfer from poor to rich. As usual, the state's progressive policies have unintended consequences.

If the state's alternative energy policies are successful, they are "likely to greatly increase future electricity demand," the study laments. So far, those policies mainly are boosting prices, but if they do eventually reduce them, people will indeed use more energy. That's how supply and demand works. Cheaper energy allows everyone, rich and poor, to live more-enjoyable lives. It lowers the costs for businesses, which can then provide jobs and opportunities.

That brings us back to that above-mentioned tension. Are environmentalists mainly interested in cleaning up the environment or changing the way we live? It often seems to be the latter. As Fournier added, "At some point, you have to get to a place where you're using less energy." Why is that so? If energy becomes more abundant and more environmentally friendly, who cares if I use more of it to keep the hot tub toasty? It's no one's business but my own if I leave the lights on all day—as long as I pay my utility bill.

California is the world's fifth-largest economy. It's a land of unfathomable wealth, yet it also has the nation's highest poverty rate. That rate is above 20 percent, according to the Census Bureau's cost-of-living-adjusted model, even though California has the most-generous anti-poverty programs, also. One reason for those dismal numbers is our state's environmental policies, which increase that cost of living.

California has adopted slow-growth policies that limit housing construction by driving up the cost of developable land. The state imposes regulatory costs that, in some localities, comprise 40 percent of the cost of a new home. The result are median-home prices that are unattainable for low-income and even middle-class people. We all like open space, but every policy choice comes at a price, often a high one.

Similarly, our energy prices are among the highest in the nation. Thanks to California-specific formulations, our gasoline costs more than other states, except for remote Hawaii. Our water and electricity policies boost the costs of those necessary products—and the state adds to our sky-high tax burdens by doling out subsidies. California imposes alternative-energy requirements that force it to import 29 percent of our electricity, raising prices on those who can least afford it.

Then researchers are shocked to discover that California's energy policies impose disproportionate costs on poor folks. The solution is to promote energy abundance, freer markets and less regulation—rather than to create even more programs or to hector suburbanites who "overconsume" air conditioning to cool their homes.