The family of George Floyd probably won't be able to successfully sue Derek Chauvin in civil court because of qualified immunity, but they will help pay for the killer cop's retirement. 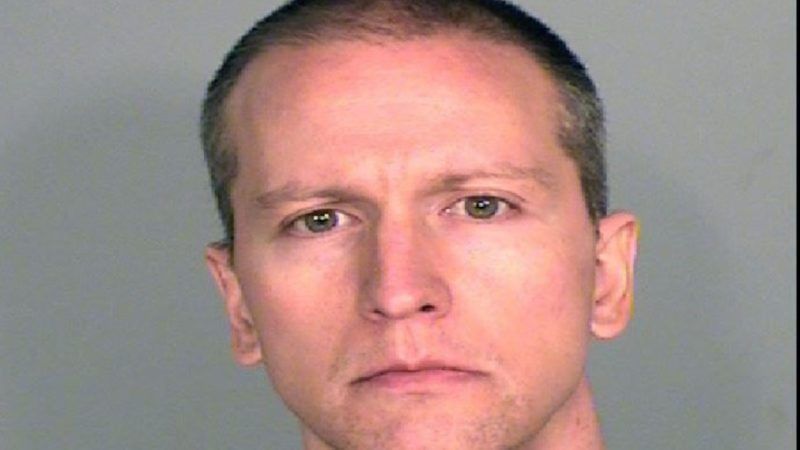 The former Minneapolis police officer who suffocated George Floyd to death on May 25 will be able to receive a taxpayer-funded pension even if he is convicted of murdering Floyd.

Derek Chauvin, who was captured on video kneeling on Floyd's neck for more than eight minutes while Floyd struggled to breathe and eventually died, was fired from the Minneapolis Police Department and subsequently arrested and charged with second-degree murder and manslaughter. Many states have laws allowing public employees' pensions to be partially or fully revoked if an individual commits a felony offense while discharging their public duties, but Minnesota does not.

As a result, CNN reported Friday, the 44-year-old Chauvin will be able to start drawing a pension at age 50, though the benefits would not be fully vested until he turns 55. The exact amount of his pension is unknown—and his termination from the department may affect some of the calculations used to determine the eventual payout—but CNN reports that Chauvin is likely to be eligible for about $50,000 annually based on his final pay and years of service.

If he were to live to 78, the average life expectancy for men in the United States, Chauvin could be expected to draw more than $1.1 million from the pension system—and that's without accounting for any cost of living increases.

Not all of that would be coming from taxpayers, of course. Public pension systems are funded in three ways: by employees who contribute a portion of their paychecks, by the employers (which is to say taxpayers), and by investment earnings. Police in Minnesota contribute 11.8 percent of their own pay to the pension system every year. That portion is Chauvin's money and should be returned to him. Police Departments, however, contribute 17.7 percent of each employee's salary to the retirement fund too—and the public is on the hook for making up any funding shortfalls that might occur.

Those numbers are higher than in many other places, but that's probably why the Minnesota Public Employees Retirement Association is nearly fully funded, unlike many other public pension systems. Also, police in Minnesota do not pay into Social Security or receive benefits from the federal retirement program.

Understanding Chauvin's pension helps shed light on the broader implications of public retirement costs around the country. An employee like Chauvin is afforded a retirement package that allows him to collect a pension even if he pursues other work after his retirement, and that cannot be revoked even for the most egregious violations of the public trust. It's vastly different from what most private sector workers can expect to receive.

Many states have narrowly tailored laws that allow for pensions to be revoked if public officials abuse their positions, but those laws are usually targetted at preventing corruption rather than police misconduct. Even Florida's pension forfeiture statute, which says that public employees can lose their pensions for a "breach of public trust," was insufficient to prevent the Florida deputy who failed to confront a shooter at a Parkland high school from getting a pension in excess of $100,000 annually.

If Chauvin were to be convicted of murder in Florida (or several other states), he'd probably be in danger of losing his pension. Instead, taxpayers in Minnesota will pay for his retirement even if he's spending part (or all) of it behind bars.

That only adds insult to injury for the family of George Floyd. Qualified immunity could prevent them from successfully suing Chauvin in civil court for compensation, but a small portion of their taxes will be used to pay for the killer cop's retirement.