The police aren't good at solving crime in general, regardless of the victim's race, ethnicity, or income. Making this about "privilege" actually undercuts the strength of the argument. 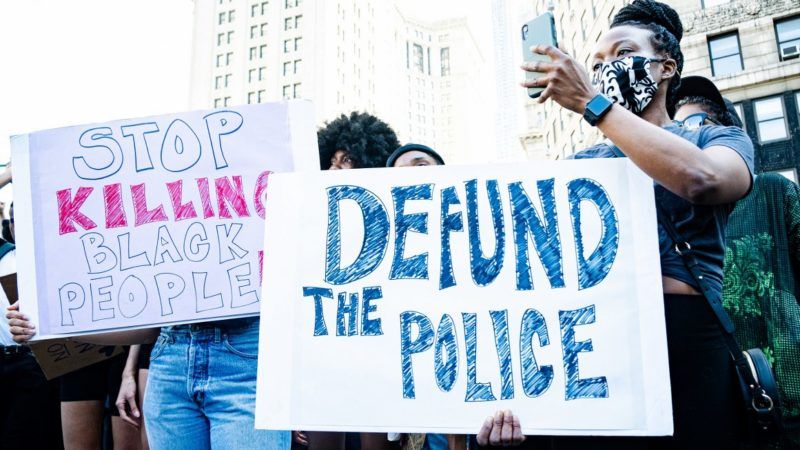 Just a tip here: If you're trying to sell a concept that sounds as radical as defunding or abolishing police, you shouldn't use extremely loaded attack words like "privilege" in response to people's fears that they won't get assistance when they're victims of crimes.

Circulating through the internet today is a clip of an interview between CNN's Alisyn Camerota and Minneapolis City Council President Lisa Bender. Over the weekend, Minneapolis City Council members announced that they had enough votes to dismantle the city's police department and restructure it with an alternative system that Bender said would "actually keep us safe."

It's still not entirely clear what this alternative system will be. Given an opportunity to explain a bit further on CNN, Bender stumbled a bit. Camerota bluntly asked Bender who people are going to call when their home is broken into. Bender should have been very prepared for this question. Here's how she responded:

Yes, I mean I hear that loud and clear from a lot of my neighbors, and myself, too, and I know that that comes from a place of privilege. Because for those of us for whom the system is working, I think we need to step back and imagine what it would feel like to already live in that reality where calling the police may mean more harm is done.

The first sentence of her response has been snipped out and circulated on Twitter as evidence that the #DefundPolice movement is yet another "social justice" trend that is intended to attack white people rather than to fix social problems.

The full context of the whole quote is better, and the earlier parts of the interview (you can watch it here) express the basic idea more capably. The message that Bender is trying to get across is that for many Americans, the police actually aren't terribly effective at either stopping or solving crimes. Plenty of data back that up.

But here's the thing: The police actually aren't terribly effective at solving crime in general, regardless of the victim's race, ethnicity, or income. Making this about "privilege" actually undercuts the strength of her own argument.

For example, Minneapolis has a terrible clearance rate for rape: Just 22 percent of its rape cases were cleared in 2018. A little over half the murder cases were solved in 2019. Both of those statistics are lower than the national average, but not by much. The FBI's data for 2018 have 33.4 percent of rape cases solved across the country. For murder and manslaughter, the figure is 62.3 percent. Less than a third of robbery cases are resolved. Only 19 percent of larceny or theft cases. Only 14 percent of burglary and auto theft cases.

So why fracture people's reactions politically? Most people do not, in fact, have the "privilege" of having the police solve crimes that have harmed them.

The past week's protests bolster Bender's argument better than any invocation of "privilege." Several cities saw police corralling, tear gassing, or otherwise escalating conflicts with protesters—while looters broke into stores just blocks away, without cops there to stop them. And when police did show, they didn't necessarily make things better. One incident, captured by the Fox affiliate in Los Angeles, showed police officers handcuffing a couple of black people who had been defending a store from looters, ignoring the reporter's attempt to explain to them that these were the people trying to help.

There is a strong case to be made that the police in much of America are not prioritizing crimes for which there are identifiable victims, getting entrenched instead in doomed campaigns to fight vices and enforce petty regulations that exist to bring revenue into the government.

There is a privilege at work here: People in poorer communities, often minorities, are much more likely to be targeted for this unnecessary enforcement, depriving the community of economic activity (and fostering more crime). While that's an important reason for the ongoing anger at the police, it's important to talk about reducing the reasons police are used.

The better answer to Camerota's question would have been to explain how dismantling the city's current police apparatus could be a step toward an environment where victims of a crime could call 911 and know that that's what the people on the other side of the call would focus on. The police wouldn't be arresting prostitutes and homeless people, or trying to find excuses to issue petty fines or seize drug suspects' assets. Minneapolis citizens wouldn't be calling out the police to deal with street vendors or petty feuds with neighbors.

I realize this comes off as tone-policing the tone police. But one thing I've learned from years of advocating reforms is to find values and language that you share with those you're trying to convince. So much success in reforming civil asset forfeiture, for example, has come from making sure people understand that citizens are having their money and property taken away without ever having been convicted a crime. Some readers are more shocked to see the government targeting poor minorities and immigrants who lack the resources to fight back and thus are left even poorer; others are more upset by the violations of our due process and property rights. Both groups' support is welcome.

We should never suggest that it's "privilege" for a crime victim to call for help and expect a response. That should be treated as the expectation. And if you want that expectation fulfilled, you should also want to dismantle every part of the police department that isn't about protecting people's lives, property, and civil liberties.