In Future Crises, Let People Make Their Own Decisions 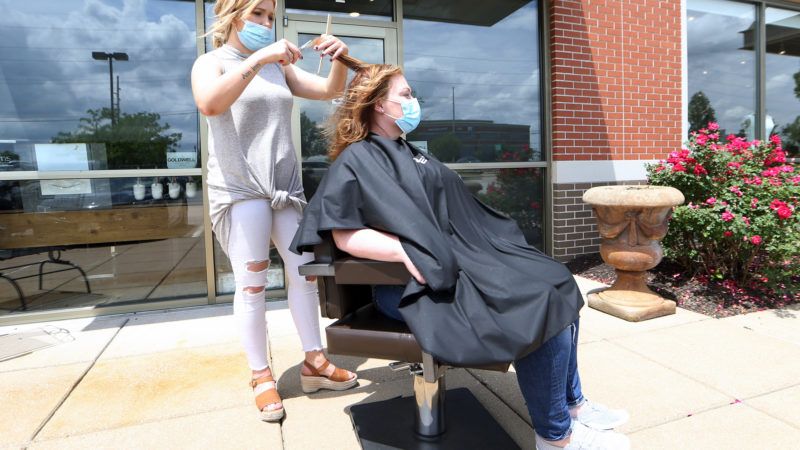 Anybody who hoped the pandemic would bring Americans together must be sorely disappointed. What was anticipated to be a shared experience—albeit one we all would have happily skipped—has instead been another cause of disagreement for people who need little more reason to dislike one another.

Why has the pandemic further divided us? The culprit is likely the top-down approach favored by politicians who inflicted uniform rules on different communities without concern for the varying risks they faced from COVID-19. We would have been far better off—and probably had more sympathy for one another—if people had been left to make their own choices based on expert advice and not been subject to mandates imposed by force.

That the pandemic posed different challenges to different parts of the country is clear. "Two-thirds of residents of the hardest-hit districts live in urban or dense suburban areas, compared with just 19% of those living in the least hard-hit districts," Pew Research reported this week.

Because the donkey party has become a city taste and the elephant party a country one, "[o]f the 44 hardest-hit congressional districts—the top 10% in terms of deaths—41 are represented by Democrats, while three are represented by Republicans," Pew adds.

Even in those states, the pandemic has been a largely urban phenomenon—sparsely populated counties in upstate New York haven't been hit nearly as hard as the New York City area.

"Beyond perception, beyond ideology, there are starkly different realities for red and blue America right now," The New York Times acknowledges. "Democrats are far more likely to live in counties where the virus has ravaged the community, while Republicans are more likely to live in counties that have been relatively unscathed by the illness, though they are paying an economic price."

Economic price, indeed—another 2.1 million Americans filed for unemployment last week, for a total of over 40 million since the pandemic began.

That economic price comes in part, and most visibly, because pandemic responses have been imposed mostly at the state level, on people with very different pandemic experiences. Those responses include lockdown orders that shuttered businesses, restricted travel, and mandated occupancy limits, mask use, and social distancing even as the threat begins to fade. Michigan's Upper Peninsula suffered the same restrictions as Detroit, New York's finger lakes region was hit with the same closures as Manhattan, and California's Central Valley experienced the same rules as San Francisco.

For different kinds of communities already at odds over politics, the pandemic has become yet another source of friction.

"About six in ten Republicans (61%) believe their state's governor should allow non-essential businesses to be open, while more than two-thirds of Democrats (69%) think such businesses should be closed until the spread of the virus is contained," according to a recent POLITICO-Harvard T.H. Chan School of Public Health survey.

Even face masks have turned into badges of partisan affiliation.

"The decision to wear a mask in public is becoming a political statement—a moment to pick sides in a brewing culture war over containing the coronavirus," the AP reports. "Democrats are more likely than Republicans to say they're wearing a mask when leaving home, 76% to 59%."

It didn't have to be this way. Left to their own devices and advised by those in the know, people are perfectly capable of taking action to protect themselves and their neighbors.

"Data suggests that behavioral changes were largely driven by people making a voluntary choice to stay home rather than being forced to do so by a state-sanctioned stay-at-home order," FiveThirtyEight reported earlier this month. In six southeastern states, "about 90 percent of the total change between early March and mid-April had occurred in the week before the stay-at-home orders were passed in each state."

The authors of the article argue that social distancing shouldn't be a partisan issue—a point undercut by the fact that partisans have chosen to make it an issue. But they provide strong evidence that government lockdown orders followed on the heels of private decision-making; people were already avoiding crowds and public places in order to avoid infection.

Just as Americans didn't have to be told to start social-distancing, they also didn't wait for permission to stop. By the end of April, cellphone data shows that they were increasingly moving around without regard to the desires of the political class.

"Coloradans acted independently and in advance of the state's orders during the past two months, distancing themselves before the statewide stay-at-home order and then partially easing back toward normal behavior prior to the state's relaxation of the order on April 27," according to Denver's 9News in an observation that could be made about the whole country.

Of course, if Americans chose to social distance, that means that some economic carnage was unavoidable. In the absence of orders, restaurants would still have emptied, businesses would have closed, and jobs would have been lost. But economic harm as a result of people's freely made choices isn't the same cause for resentment and partisan bickering as damage caused by restrictions imposed from above to combat a health threat that's serious in some places and theoretical in others. That's especially true when orders are issued by politicians who—like Illinois Governor J. B. Pritzker and Michigan Governor Gretchen Whitmer—behave as if the rules they make are only for the little people and don't apply to themselves.

Free to make their own decisions relative to local conditions and personal preferences and without risking fines or arrest, Americans would still have suffered, but they would have had less reason to resent one another. They may have even been inclined to sympathize with the plight of those living differently than themselves and forced to make hard choices.

The next time a crisis comes along, we'll be well-advised to cut government officials out of the decision-making process. That will allow us to make the choices we think right for ourselves, and to respect the contrasting decisions made by others.