A federal judge ordered officials at Elkton to stop "thumbing their nose" at their own authority to release inmates at risk of coronavirus. 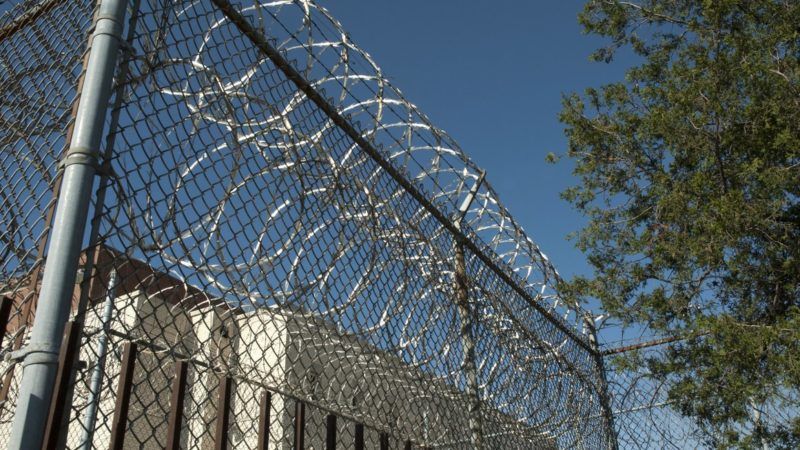 The U.S. government is asking the Supreme Court to block a federal judge's injunction ordering a federal prison in Ohio to release elderly and at-risk inmates due to the threat of COVID-19.

U.S. District Judge James Gwin filed the injunction on Tuesday, after finding that the Bureau of Prisons (BOP) had not made enough progress with a previous order to identify inmates eligible for early release or transfer. By "thumbing their nose at their authority to authorize home confinement," he wrote, prison officials "threaten staff and they threaten low security inmates."

On Wednesday, U.S. Solicitor General Noel Francisco filed an application to the Supreme Court seeking a stay of the injunction. Arguing on behalf of the federal government, he said that letting Gwin's injunction stand "would undermine BOP's systemic response to the COVID-19 pandemic; intrude the Judicial Branch on policy decisions that have been assigned to expert prison administrators; and require BOP to defy the CDC's guidance to restrict prisoner movements during the pandemic to avoid unnecessary risk of spreading the virus."

The prison in question is FCI Elkton, a low-security institution in Ohio that houses approximately 2,500 inmates. So far, nine Elkton inmates have died of COVID-19, the most of any federal prison. According to the BOP's latest reported numbers, 119 inmates and 8 staff are infected with the virus.

The American Civil Liberties Union (ACLU) of Ohio and the Ohio Justice & Policy Center filed the class-action lawsuit in April on behalf of four men incarcerated at Elkton. The suit argues that Elkton "failed to provide meaningful protection against the spread of the disease," violating inmates' Eighth Amendment protections against cruel and unusual punishment.

On March 27, following calls from lawmakers and advocacy groups to address the threat of COVID-19 in federal prisons, Attorney General William Barr issued a directive ordering the BOP to identify elderly and at-risk inmates who met certain criteria and release them, either through an early transfer to home confinement or through compassionate release.

Although the BOP has approved the early release of nearly 3,000 inmates, the rollout was hampered by contradictory rules; criminal justice advocates and families of inmates say the BOP only half-heartedly complied with it. In a letter to Congress earlier this month, a group of federal public defenders warned that the Department of Justice and the BOP "have made little use of these authorities to reduce prison populations and enable social distancing."

On April 22, Gwin issued a preliminary injunction ordering Elkton officials to identify all elderly and at-risk inmates and evaluate them for early release within two weeks.

The Sixth Circuit Court of Appeals denied the Justice Department's appeal of Gwin's order on May 4.

On Tuesday, Gwin ruled that Elkton had made poor progress expanding testing and had made "only minimal effort to get at-risk inmates out of harm's way." Of the 837 elderly and at-risk inmates that Elkton officials identified, only five were pending transfer to home confinement. Meanwhile, one in four inmates had been infected by COVID-19.

Gwin's injunction orders the prison "to make full use of the home confinement authority beyond the paltry grants of home confinement it has already issued." It also requires officials to give detailed explanations for denials.

ACLU of Ohio Senior Staff Attorney David Carey said in a statement that the ruling "confirms the urgent need to comply with the Court's order and respond to the crisis in an efficient and expedient manner."

"The federal government has attempted to stall and delay the release of medically-vulnerable individuals at every single turn," he continued.

The ACLU and other advocacy groups have filed numerous lawsuits against prisons and jails across the country since COVID-19 hit American shores. Earlier this month, a U.S. District judge in Connecticut ordered officials at Danbury federal prison to speed up their process for identifying inmates eligible for release, finding that their foot-dragging amounted to "deliberate indifference to a substantial risk of serious harm to inmates in violation of the Eighth Amendment."

But Gwin's injunction goes farther, and in fact requires Elkton officials to go beyond Barr's directive. It orders them to disregard such criteria as the amount of sentence served, citizenship status, and violent offense restrictions, if the offense happened more than five years ago and would otherwise be the sole reason for disqualification.

The Justice Department, in its Supreme Court application, argues the BOP has mitigated the risk of COVID-19 at Elkton and that risk of the virus "could not remotely justify the peremptory order to remove more than 800 inmates from Elkton."