Do Tattoo Shops Have a First Amendment Right To Remain Open During a Pandemic?

The idea is not so far-fetched. 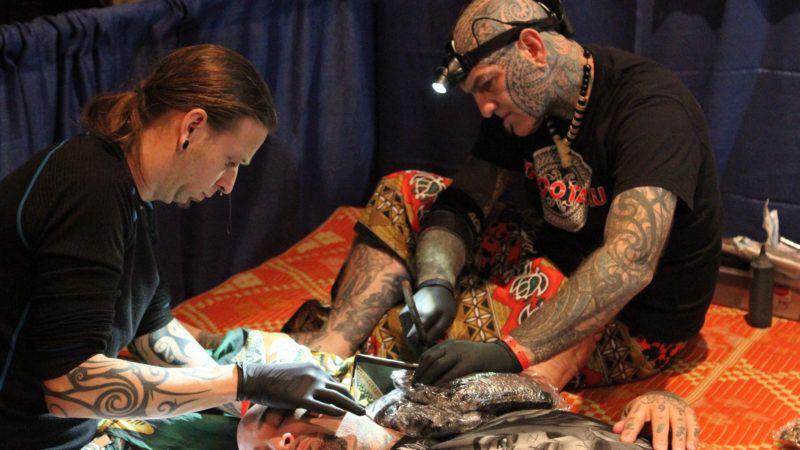 On March 19, the Ohio Department of Health ordered the closure of "hair salons, nail salons, barber shops, tattoo parlors, body piercing locations, and massage therapy locations" as part of the state's efforts to combat the spread of COVID-19. Nearly two months later, Gov. Mike DeWine announced that hair salons and barber shops would be allowed to reopen shortly, so long as they followed various social distancing and public health requirements.

There was no mention of letting tattoo artists get back to work. "We were closed with salons, barbers, tanning salons and the like," the Oxford, Ohio, tattooist Steve Cupp told WLWT5. "And we assumed once they opened, considering the proximity they have to their clients and the proximity that we have to ours, that we would be reopened with them. But we were excluded." The state eventually announced that tattoo shops would finally be allowed to reopen on May 15.

This sort of government action raises some interesting legal questions, especially for the numerous tattoo parlors that remain shuttered in other states. Do tattoo artists have a case to make against coronavirus closure orders? Does the Constitution protect a tattoo shop's right to remain open—at least in some limited fashion—during the pandemic?

The idea is not so far-fetched. Both state and federal courts have recognized tattooing as a constitutionally protected form of free expression. Up until the year 2000, for example, it was a crime in Massachusetts, punishable by up to one year in prison, for any person except a doctor to mark "the body of any person by means of tattooing." But in Lanphear v. Commonwealth of Massachusetts, the Massachusetts Superior Court struck down that statewide ban on the grounds that "the act of tattooing is inseparable from the display of the tattoo itself and is expression protected by the First Amendment."

The U.S. Court of Appeals for the 9th Circuit reached the same conclusion in Anderson v. City of Hermosa Beach (2010). At issue was that city's ban on tattoo shops within city limits. "The tattoo itself, the process of tattooing, and the business of tattooing are forms of pure expression fully protected by the First Amendment," declared a unanimous 9th Circuit panel.

Which brings us back to the idea of a tattoo artist mounting a legal challenge to a coronavirus closure order. In United States v. Carolene Products Co. (1938), the U.S. Supreme Court said that when the courts review a regulation "affecting ordinary commercial transactions…the existence of facts supporting the legislative judgment is to be presumed." In other words, judges were told to be extremely deferential towards the government when it is regulating economic activity.

But Carolene Products did not endorse judicial passivity on all fronts. "More exacting judicial scrutiny," the Court said, would still be appropriate in some cases. For example, judges should not defer to the government by rote in matters involving "a specific prohibition of the Constitution, such as those of the first ten amendments." Lawyers now call this exacting approach "strict scrutiny." In the words of Black's Law Dictionary, for a law or regulation to survive strict scrutiny review, it "should only be as restrictive as is necessary to accomplish a legitimate governmental purpose."

"The business of tattooing," as the 9th Circuit put it, is "fully protected by the First Amendment." Which means that any regulation of a tattoo shop should trigger strict scrutiny review when that regulation lands in court.

A public health order designed to curb the spread of an infectious disease like COVID-19 would seem to pass the "legitimate governmental purpose" prong of the strict scrutiny test. But what about the second prong, which requires the regulation to be the least restrictive means of pursuing that legitimate state end?

Here is where the tattoo shops may have a case. So long as they can operate safely during the coronavirus outbreak—by requiring artists and clients to wear masks and gloves at all times, by routinely cleaning equipment and surfaces, by carefully practicing social distancing, by limiting the number of people allowed inside the shop, etc.—a total shutdown of the business would not seem to qualify as the least restrictive means available for achieving a legitimate government purpose, even amid a pandemic.

Related: "Tattoos vs. the State: Free speech in skin and ink"