Two Billionaires Demonstrate the Limits of Money in Elections

No amount of money can buy victory for candidates who fail to persuade voters. 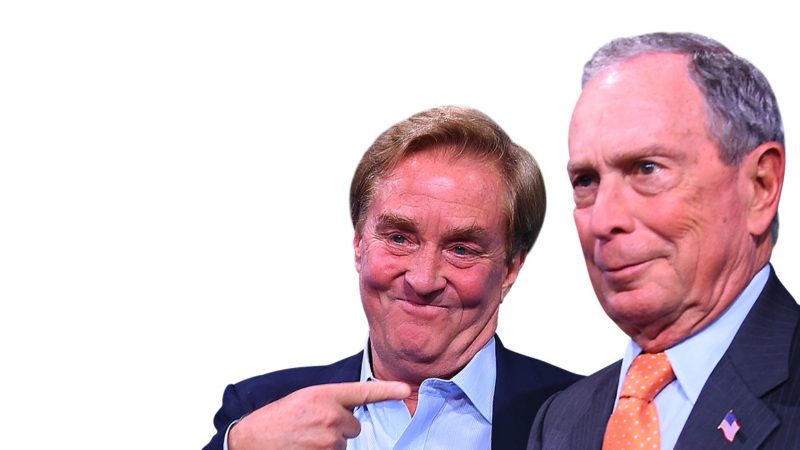 Two and a half weeks after Sen. Bernie Sanders (I–Vt.) slammed Michael Bloomberg for trying to "buy this election," the former New York City mayor left the presidential race, having spent $570 million of his own money to win 58 delegates—3 percent of the number needed to secure the Democratic nomination. Tom Steyer, the other billionaire in the race, did even worse, abandoning his campaign after spending more than $250 million and earning zero delegates.

Those spectacular failures should give pause to the politicians and activists who think money poses such a grave threat to democracy that the Constitution must be amended to authorize limits on campaign spending. Bloomberg and Steyer—who outspent former Vice President Joe Biden by factors of more than eight and nearly four, respectively—demonstrated that no amount of money can buy victory for candidates who fail to persuade voters.

Bloomberg's unprecedented ad blitz seemed to be effective at first, boosting his standing in national polls from around 3 percent in November to as high as 19 percent by early March. But when push came to shove, Democrats keen to replace President Donald Trump did not buy Bloomberg's argument that he was the man to do it.

The arrogance reflected by Bloomberg's strategy of skipping the early contests and debates, flooding the airwaves and internet with ads, and swooping in to rescue a party he had joined the year before launching his campaign probably helps explain why primary voters found him so unappealing. His disastrous performance during his first debate surely didn't help, and neither did his wooden demeanor or the generally uninspiring vibe of his TV spots, which one Democratic strategist described as "mediocre messaging at massive scale."

Steyer, a hedge fund manager who had previously spent many millions of his personal fortune to support losing Democratic candidates, saw almost no return on his investment in his own campaign. After polling at 0 percent last July, he climbed to 1 percent before dropping out in February.

The Supreme Court has repeatedly held that caps on campaign spending violate the First Amendment. Yet Democratic legislators are so obsessed with the supposedly corrupting impact of money in politics that they're ready to authorize such restrictions by fundamentally rewriting free speech law, as a proposed constitutional amendment—backed by every Democrat in the Senate and more than nine out of 10 Democrats in the House—would do.

Contrary to the fears underlying that illiberal initiative, voters are perfectly capable of rejecting even the most powerfully amplified messages. Just ask Bloomberg and Steyer.