Michael Strain Wants You To Believe in the American Dream

The economy is broadly healthy and that it's benefiting nearly everyone—including the lower-income households who need it most.

Peter Suderman | From the May 2020 issue 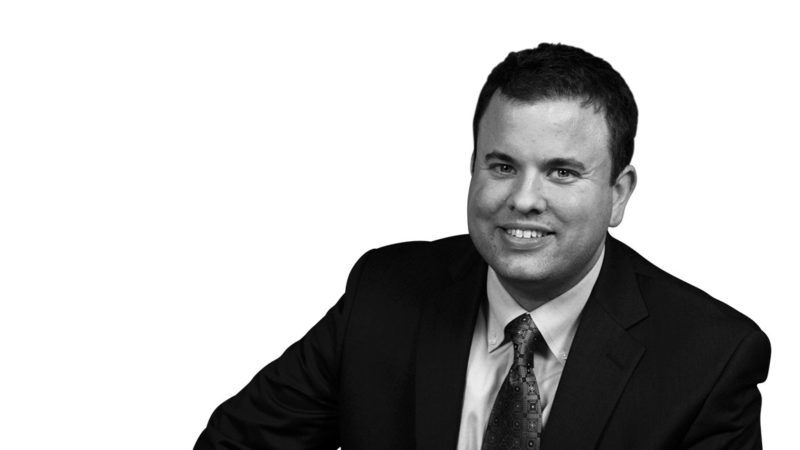 In The American Dream Is Not Dead (But Populism Could Kill It), Michael Strain takes a deep dive into the state of the American economy. Strain, an economist at the American Enterprise Institute, doesn't gloss over the country's problems, particularly low workforce participation for young men without high school diplomas. But he marshals a trove of data to argue both that the economy is broadly healthy and that it's benefiting nearly everyone—including the lower-income households who need it most.

In February, before the market was disrupted by COVID-19, Features Editor Peter Suderman spoke with Strain about his book, economic pessimism, and why left and right alike have been getting this issue wrong.

Q: How do you define the American dream?

A: It means different things for different people in different times. But no matter what your specific definition, there's a strong economic component to it. The idea that you can better your economic outcomes, that if you work hard and play by the rules, wages and incomes will grow, and perhaps most importantly, that you can expect your children will be better off than you.

Q: So what's the good news?

A: If you listen to the populists on the political right, including the president, or the political left, you hear this message that the game is rigged, that the rewards to the economy flow only to the top. There's a bipartisan consensus that is striking.

That narrative is wrong. If you look at wages and incomes, they have been growing over the past three decades. America is still characterized by upward mobility. Workers do still enjoy the fruits of their labor in the sense that wage gains are still primarily driven by productivity gains.

A: One way is populist policies. The policies [President Donald Trump] has pursued are designed to help the working class, but the trade war has, if anything, reduced manufacturing employment at the same time that it's raised consumer prices.

The second way is the message. If all people hear is that they're victims of the elites, that they don't have agency, that hard work doesn't pay off, that the economy only works for people at the top, that capitalism is broken—that will dim their aspirations. That message is deeply corrosive and can hurt the very people to whom it is targeted.

Q: What are the biggest wrong ideas that people have about the economy right now?

Q: One chapter concerns the "hollowing out" of middle-class jobs. You admit that's happening. But you also argue it's not permanent.

A: If you look at traditional middle-class jobs—production workers in manufacturing, clerical workers—those jobs as a share of total employment certainly have been declining. That's caused significant social, political, and economic consequences. It shouldn't be dismissed.

But there has been a growth in other middle-wage jobs. These jobs are not as readily automated. They are middle-paying jobs that require a middle level of skill, [and they've] been growing as a share of employment.

Q: You're fighting a perception of economic decline. What would you say to people who perceive decline but aren't likely to pore through the data and look at the charts?

A: What I would say is that the economy right now is very strong; that the rewards to this strong economy are accruing to all sorts of people, including workers with relatively fewer skills and lower wages, workers who are more vulnerable; and that if you work hard, you can better your economic outcomes. You can expect to see your wages and incomes grow, and you can expect your kids to do better than you. That's what the data show.

This interview has been condensed and edited for style and clarity.