Deaths Spike in New York City and Around the World

Plus: WHO tweet misleads about COVID-19 immunity, inside the #FreeTN movement, and more... 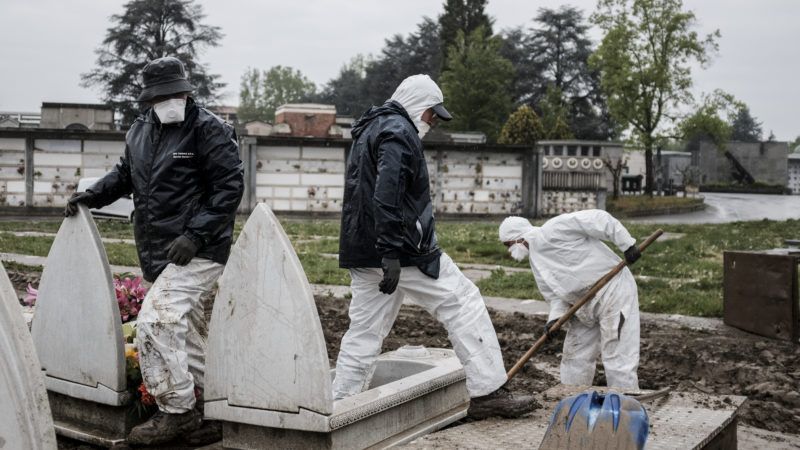 Excess deaths seen in countries around the world. Everyone keeps arguing past each other when it comes to whether COVID-19 is "like the flu" in terms of death toll. Things look a lot different depending on whether we're estimating the percentage of people with the virus who will die from it or overall deaths within a population.

COVID-19 could kill people infected by it at a rate similar to that seen with the flu and lead to vastly more deaths than seen in a typical flu season, by virtue of infecting a whole lot more people. And the data are starting to bear this out.

Research on the percentage of infected people killed by the new coronavirus still shows conflicting results; that will continue until we have a reliable and widespread way of testing for virus antibodies in people who don't now and maybe never had symptoms. When it comes to how many people who get COVID-19 will die from it, the missing piece of the puzzle is how many people already had the disease but were asymptomatic or had symptoms assumed to be from something else.

But there are other ways of looking at COVID-19 mortality. What percentage of a given population, including both healthy and sick people, will be killed by it? How will COVID-19 affect all-cause mortality rates?

Financial Times compared the number of deaths (from all causes) in 14 countries for March and April 2020 with death numbers for these countries over the same period of time in 2015–2019. Regardless of whether the COVID-19 death rate is 0.1 percent or three times that high, the new coronavirus is drastically driving up deaths.

"Mortality statistics show 122,000 deaths in excess of normal levels across these locations," reports the Financial Times (a number "considerably higher than the 77,000 official Covid-19 deaths reported for the same places and time periods"). This increase "amounts to a 50 per cent rise in overall mortality relative to the historical average for the locations studied."

Individually, the countries studied saw between 100 and 27,600 excess deaths.

At the low end are Denmark and Austria, where overall death numbers are up 5 and 12 percent, respectively. Sweden, also on the lower end, has seen an 18 percent uptick in deaths.

In France, overall deaths are up 34 percent; in England and Wales, the figure is 37 percent. In Spain, deaths have more than doubled. Italy is seeing 90 percent more deaths than usual.

"Some of these deaths may be the result of causes other than Covid-19, as people avoid hospitals for other ailments," the newspaper notes. "But excess mortality has risen most steeply in places suffering the worst Covid-19 outbreaks, suggesting most of these deaths are directly related to the virus rather than simply side-effects of lockdowns."

NEW: a lot of data on reported Covid deaths is highly suspect, so we've been looking into excess mortality — how many more people than usual have been dying around the world in recent weeks?

COVID-19 is killing more people than does a typical flu season in part because it's infecting more people, though just how many more remains unclear.

Influenza, with its roughly 0.15 percent mortality rate, "is constrained by the fact that a high percentage of the population has already developed immunity to the disease, either through previous infections or via vaccination," notes Reason's Ron Bailey. But we don't have that advantage on COVID-19.

"In a more optimistic scenario, only 20 percent of adult Americans are infected and the [infection fatality rate] is only 0.1 percent, thus implying that only 50,800 adult Americans would likely die of the disease," writes Bailey. However:

Considering that the current death toll from the epidemic as of April 21 is nearly 44,000, this optimistic scenario seems implausible.

Now let's go full pessimism: Assume 60 percent of adult Americans are infected and the IFR is 0.3 percent. In that case, the number of COVID-19 deaths among American adults would exceed 450,000.

The Financial Times looked at excess deaths in select cities around the world. It reports that so far, New York City has seen 299 percent more deaths than usual. That means some 12,700 more people died than historically have over the same time period.

New York City's numbers are higher than in Jakarta (where deaths are up 47 percent over historical averages), London (up 96 percent), Madrid (up 161 percent), Stockholm (up 75 percent), or the Île-de-France region (up 122 percent). Of the locales studied, only part of Italy was faring worse.

"The region surrounding the Italian city of Bergamo registered the worst increase internationally with a 464 per cent rise in deaths above normal levels," according to the Financial Times.