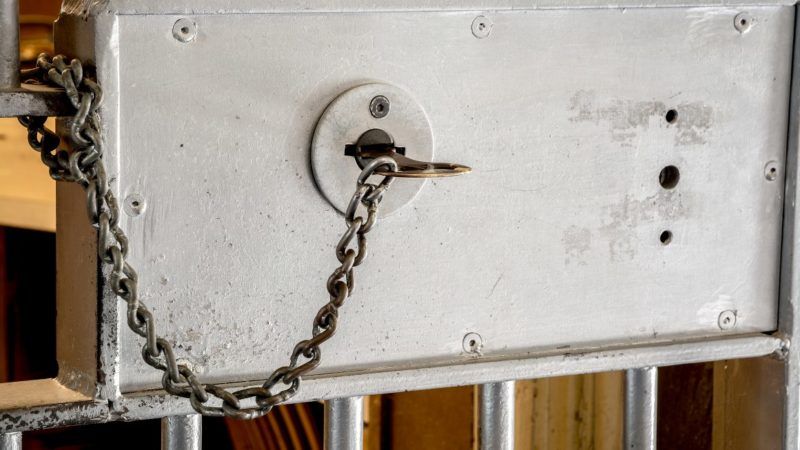 On Tuesday, Philadelphia reported the first death of a jail inmate due to complications from the coronavirus, a 48-year-old woman serving time for robbery and trespassing due to be released this summer, according to The Philadelphia Inquirer. The city has identified 54 other inmates as also being infected.

But attempts to flatten the curve in Philadelphia's jails by trying to reduce populations and make it possible to keep inmates at a distance from each other have hit a roadblock: Judge Anne Marie Coyle of the Philadelphia Court of Common Pleas. She is refusing efforts to get inmates and people detained in jails released to the point that the Defender Association of Philadelphia, a nonprofit that provides legal representation to indigent defendants, has informed the courts that they're withdrawing all cases set to appear before her.

The Inquirer reports that Coyle has denied all requests for emergency releases brought before her and even increased bail in four cases. At one point she apparently told attorneys "that they should be careful what [they] wish for."

Philadelphia County has 7,121 confirmed cases of COVID-19 and 131 deaths related to the virus. As with many other jails and prisons across the country, both inmates and staff there face significant risk of spread. Both District Attorney Larry Krasner and the county's public defenders have both been looking through records to determine low-level offenders they believe could be released from jail. Pennsylvania's Supreme Court (prompted by a lawsuit from the American Civil Liberties Union) has ordered judges in each county to monitor jails to make sure prisoners are able to comply with social distancing and hygiene guidelines to try to slow the spread of the coronavirus. The order also tells judges that if the jails can't guarantee compliance with these guidelines, then the courts need plans to release low-level offenders, pretrial detainees, and people who have health risks, in order to reduce the risk of spread.

Krasner's office says they've supplied a list of almost 1,200 candidates for release. According to the Inquirer, 380 inmates have secured early release thus far.

But apparently not any who have come before Coyle, who has a reputation for merciless responses. She previously imposed a seven-year sentence on a man who had been on probation for shoplifting and subsequently missed probation appointments and failed a drug test. (This sentence was vacated in February by the state's Superior Court.) She does not appear to be a fan of Krasner, voted in by Philadelphia residents to reform the city's criminal justice system to make it less harsh.

Apparently repudiations from other courts have not chastened her, nor is she alone in her uncompromising approach. The harshness with which Philadelphia punishes people who violate probation became a national story when rapper Meek Mill ran afoul of a different judge who seemed to have an agenda against him. Again, it took a higher court—the state's appeals court—to stop that judge's behavior, too, and Mill's case has helped to publicize a reform movement which intends to scale back draconian probation systems that send people back to jail for small, technical violations of the rules.

Insisting on maintaining high incarceration rates doesn't just increase the risk of inmates becoming infected and dying, though that is itself a huge crisis and violation of our trust in the state to care for the people it's forcing behind bars. Infection tracking shows that having large numbers of people behind bars is leading to greater infection rates among prison staff, who then return to surrounding communities and risk spreading the coronavirus there. In other words, Coyle's cruel behavior puts a whole host of people at risk.