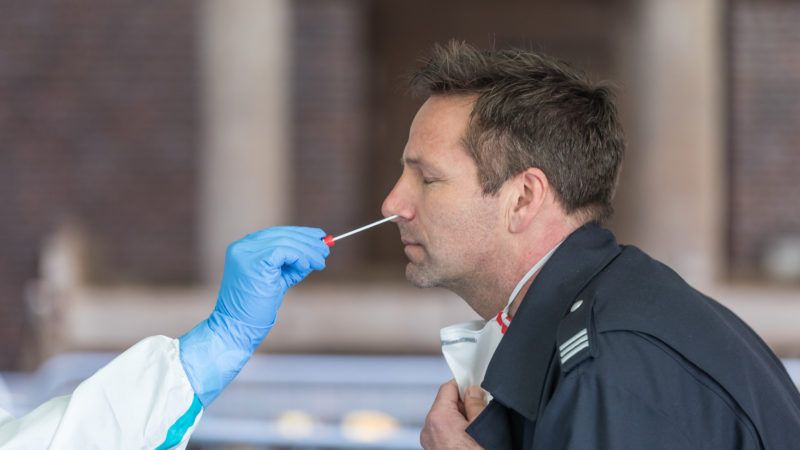 Public officials across the United States are flying blind against the COVID-19 epidemic. Because of a government-engineered testing fiasco, they do not know how fast the virus is spreading, how many people have been infected by it, how many will die as a result, or how many have developed immunity to it.

The failure to implement early and wide testing, which was caused by a combination of short-sightedness, ineptitude, and bureaucratic intransigence, left politicians scrambling to avoid a hospital crisis by imposing broad business closure and stay-at-home orders. It foreclosed the possibility of a more proactive and targeted approach, focused on identifying carriers, tracing their contacts, and protecting the public through isolation and quarantines.

The initial outbreak of COVID-19 in Wuhan, China, was reported at the end of December. The first confirmed case in the United States was reported on January 20, by which time it seems likely that many other Americans were already infected.

At first, the U.S. Centers for Disease Control and Prevention (CDC) monopolized COVID-19 tests. When the CDC began shipping test kits to state laboratories in early February, they turned out to be defective.

The CDC and the Food and Drug Administration initially blocked efforts by universities and businesses to develop and conduct tests before relaxing the restrictions that made it impossible to assess the progress of the epidemic. Making a false virtue of necessity, the CDC set irrationally narrow criteria for testing, which meant that carriers without severe symptoms or obvious risk factors escaped detection.

The CDC still insists that "not everyone needs to be tested for COVID-19." But without testing everyone—or at least representative samples—for both the virus itself and the antibodies to it, we can do little better than guess its prevalence, its lethality, and the extent of immunity among the general public.

Even now, months after the Wuhan outbreak and the first reported case in the U.S., we have managed to test less than 1 percent of the population, and those tests have been limited mainly to people with symptoms severe enough for them to seek treatment. Since people infected by COVID-19 typically experience mild symptoms or no symptoms at all, that's a real problem.

Anthony Fauci, director of the National Institute of Allergy and Infectious Diseases, estimates that "somewhere between 25 percent and 50 percent" of COVID-19 carriers are asymptomatic. But he cautions that "right now we are just guessing," saying the issue would be clarified by wide antibody testing, which would identify people who had the virus and recovered, many of whom may never have realized they were infected.

Iceland—which has tested more than 8 percent of its population for the virus, 14 times the U.S. rate—has been screening the general public as well as people who think they might have COVID-19. About 1 percent of those volunteers have tested positive, and half of them reported no symptoms.

Iceland's response to COVID-19, which features aggressive testing, contact tracing, and quarantines of infected people but no general lockdown, seems to be working. Its crude case fatality rate (CFR)—known deaths as a share of confirmed cases—is much lower than the rates in other developed countries, including places where the disease emerged around the same time.

Other countries that are doing mass testing, including South Korea, Singapore, Austria, and Germany, also seem to have a better handle on their epidemics, whether measured by their crude CFRs or by the number of new cases. Because of the ongoing test shortage, the United States has been unable to mount a similar response.

Our ignorance about COVID-19 will have profound consequences, potentially leading to an overreaction that wrecks the economy while saving relatively few lives or (less likely, given the current political climate) an underreaction that costs many lives and allows hospitals to be overwhelmed by COVID-19 cases. You can thank the same agencies on which we are relying to guide us through this crisis.