New Jersey Allows, Then Blocks, Deliveries From Breweries and Distilleries

Takeout and delivery orders are the only thing keeping the state's 115 craft breweries afloat during the coronavirus outbreak. 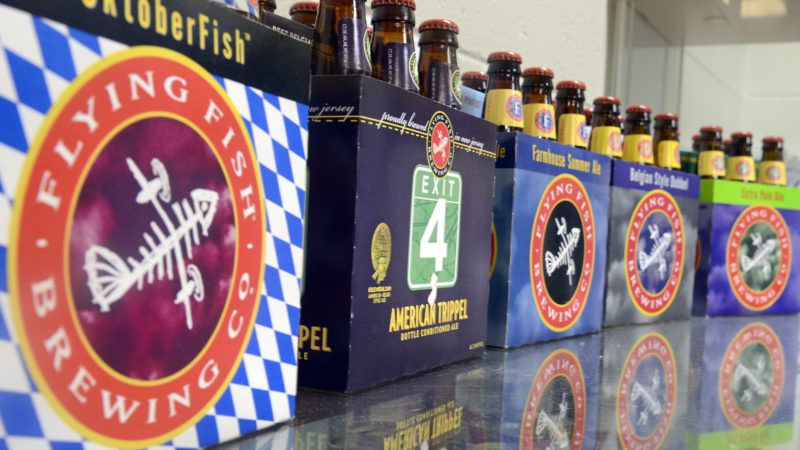 One of the few heartening trends to emerge from America's battle against the COVID-19 outbreak has been the sweeping aside of rules that never made much sense in the first place. Like the prohibitions that kept licensed workers from doing the same job in a different state, or the regulations that limited telemedicine.

In many places, some of the last vestiges of Prohibition are disappearing, as states and cities legalize the sale of beer, wine, and cocktails to-go. With restaurants, bars, and breweries under mandatory shutdown orders, it's really the least that officials could do to give those establishments a fighting chance to survive until the pandemic passes.

But in New Jersey, breweries and distilleries have been left out of the newfound coronavirus-induced booze freedom. When Gov. Phil Murphy, a Democrat, issued an executive order on Saturday ordering all non-essential businesses in the state to close, the order allowed restaurants, bars, and liquor stores to remain open as long as they only serve customers with takeout and delivery orders. Breweries and distilleries initially believed they would be allowed to operate in the same fashion, but officials clarified on Wednesday that they weren't. The governor's order, NJ.com reports, allows alcohol deliveries only by businesses that were already licensed to deliver food.

"The fact that the state of New Jersey is allowing us to do pickups and deliveries is the only reason that we're still in business right now," Mike Jones, owner of Hackensack Brewing Company, tells NJ.com. "If we can't deliver, we're going to be shutting our doors."

Part of the issue is a question about the limits of a governor's emergency powers. Alexis Degan, executive director for the New Jersey Brewers Association, tells Forbes that Murphy is trying to find a way to keep breweries open and that the state legislature may need to be called into session to enact a quick fix.

That's a good reminder that even during emergencies, executive action should be subject to the constitutionally mandated balancing of powers. But it's also evidence of the damage that nonsensical regulations can do. If breweries had been allowed to sell carry-out beer all along, lawmakers wouldn't have to scramble to fix those rules now.

"In an era where you can get nearly any product under the sun delivered to your door within a few hours, it makes little sense to exclude alcohol," writes C. Jarrett Dieterle, an alcohol policy expert with the R Street Institute. "Even in a pandemic-free world, allowing alcohol delivery would be a win-win that helps both producers and consumers."