Is Wearing a Face Mask in Public To Ward Off COVID-19 a Crime?

It depends on the state where you live. 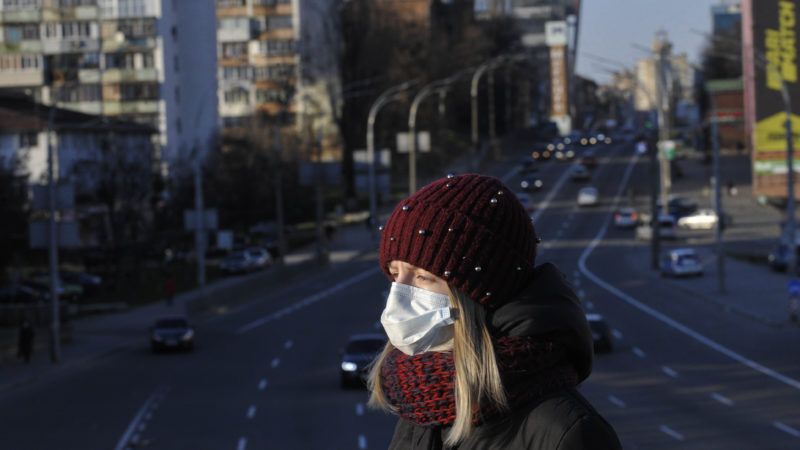 Some experts say people who are not infected by the COVID-19 virus but wear face masks in public as a prophylactic measure are behaving irrationally and maybe even irresponsibly given the dearth of such protective gear. In some states, they may also be committing a crime—yet another illustration of questionable rules highlighted by the current pandemic.

More than a dozen states generally ban the wearing of masks in public, a policy driven largely by concerns about the Ku Klux Klan. Virginia, for example, prohibits anyone older than 16 from wearing "any mask, hood or other device whereby a substantial portion of the face is hidden or covered so as to conceal the identity of the wearer" in "any public place" with "the intent to conceal his identity." That's a Class 6 felony, punishable by one to five years in prison.

As relevant here, the Virginia ban exempts masks worn "for bona fide medical reasons," but only if the wearer carries a physician's affidavit that specifies "the medical necessity for wearing the device and the date on which the wearing of the device will no longer be necessary" or if the governor "expressly waives" the prohibition while declaring a public health emergency. Virginia Gov. Ralph Northam did declare a public health emergency in response to the COVID-19 epidemic on March 12. But the declaration says nothing about the mask ban.

Florida has a similar law. It does not specify any exceptions, and it does not require an intent to conceal one's identity. Violating the ban is a second-degree misdemeanor, punishable by up to 60 days in jail. Georgia, which also treats public mask wearing as a misdemeanor, makes exceptions for theatrical productions, masquerade balls, Mardis Gras celebrations, "traditional holiday costume on the occasion of the holiday," masks required for a particular occupation or sporting activity, and gas masks "prescribed in emergency management drills and exercises or emergencies."

In New York, a masked person who "congregates" in a public place with "other persons so masked" is guilty of loitering, a violation punishable by up to 15 days in jail. That 1854 law, enacted in response to violent protests by tenant farmers, includes an exemption for a properly permitted "masquerade party or like entertainment" but not for disease protection. In 2011, the New York Police Department deployed the mask ban against Occupy Wall Street demonstrators.

Since protesters often wear masks, either as a statement or as a way of protecting themselves against retaliation, these laws have obvious First Amendment implications. Some courts have deemed mask bans unconstitutional, while others have upheld them.

Although it seems unlikely that cops will start busting people for wearing face masks because they are afraid of catching COVID-19, such vague and excessively broad criminal laws give police dangerously wide discretion. A few years ago in Winchester, Virginia, for instance, local cops found the time to arrest a 31-year-old man named Jeremy Putman for walking around while disguised as The Joker.

Since Virginia's anti-mask law includes exceptions for people wearing "traditional holiday costumes" or "engaged in any bona fide theatrical production or masquerade ball," Putnam would have been in the clear if he had done the same thing on Halloween, Purim, or Mardi Gras, or if he had been shooting a movie or performing a play. But dressing like The Joker just for the hell of it—that was a felony. Winchester police said they "received several calls" about Putman and wanted to "remind the community of the seriousness of the crime."