Emergency restrictions should always be lifted as soon as the crisis has sufficiently abated. 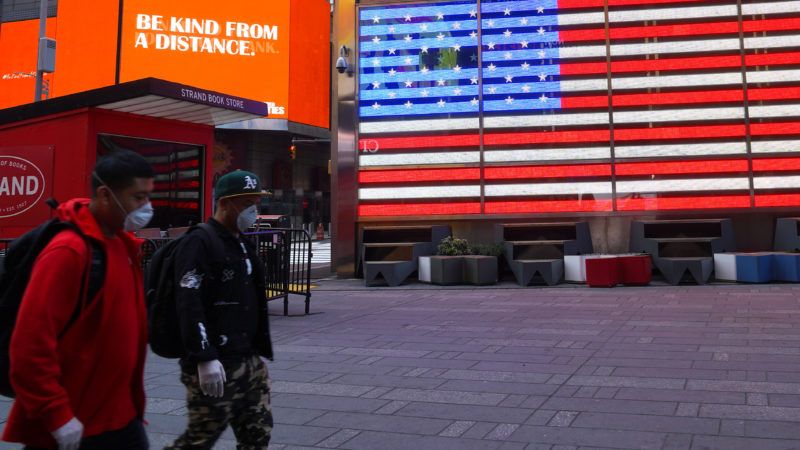 State and local officials are now taking sweeping emergency actions to combat the spread of COVID-19, including shelter-in-place orders, bans on large gatherings, and widespread business closures. Such measures are occurring as part of the traditional police powers of the states to regulate on behalf of public health, safety, and welfare. But even the most necessary of emergency actions may still pose a significant risk to liberty. That is why emergency restrictions should always be lifted as soon as the crisis has sufficiently abated.

The U.S. experience during World War I offers a cautionary tale about how government restrictions passed in the heat of a national emergency can linger around for years afterward.

When President Woodrow Wilson took the nation to war against Germany in 1917 he did so in the name of making the world safe for democracy. But the president also targeted certain enemies much closer to home. "There are citizens of the United States, I blush to admit," Wilson said, "who have poured the poison of disloyalty into the very arteries of our national life…The hand of our power should close over them at once."

The hand of power struck. At Wilson's urging, Congress passed the Espionage Act of 1917, a notorious law that effectively criminalized most forms of anti-war speech. Among those snared in its net was the left-wing leader Eugene Debs, who was arrested and sentenced under the Espionage Act in 1918 to 10 years in federal prison after exercising his First Amendment rights by giving a mildly anti-war speech at an afternoon picnic. In 1919, the same year that the U.S. government signed the peace treaty that formally ended World War I, the U.S. Supreme Court upheld Debs' conviction for speaking out against the war. Debs would continue to rot in federal prison until he was finally pardoned by President Warren G. Harding. As for the Espionage Act, it has been amended several times over the years and still remains on the books.

State governments imposed various restrictions of their own. Nebraska's legislature responded to America's entry into the Great War by cracking down on the civil liberties of its German immigrant communities. Most notably, the state banned both public and private school teachers from instructing children in a foreign language. The target of that law was the state's extensive system of Lutheran parochial schools, where teachers and students commonly spoke German.

Robert Meyer, who taught the Bible in German at the Zion Evangelical Lutheran Parochial School, filed suit against the state for violating his constitutional rights. But the Nebraska Supreme Court waved his arguments away. "The salutary purpose of the statute is clear," that court said. "The legislature had seen the baleful effects of permitting foreigners, who had taken residence in this country, to rear and educate their children in the language of their native land."

The U.S. Supreme Court reversed that ruling in 1923. Thankfully, the rights of Meyer and others were ultimately restored. But once again, the offending restriction was not eliminated until well after the war was over.

We should all be on guard to make sure that temporary COVID-19 restrictions—as necessary as they may be—remain temporary.

Related: "Police Powers During a Pandemic: Constitutional, but Not Unlimited."