The government botched the early response to coronavirus, so why expect it to grow in competence now? 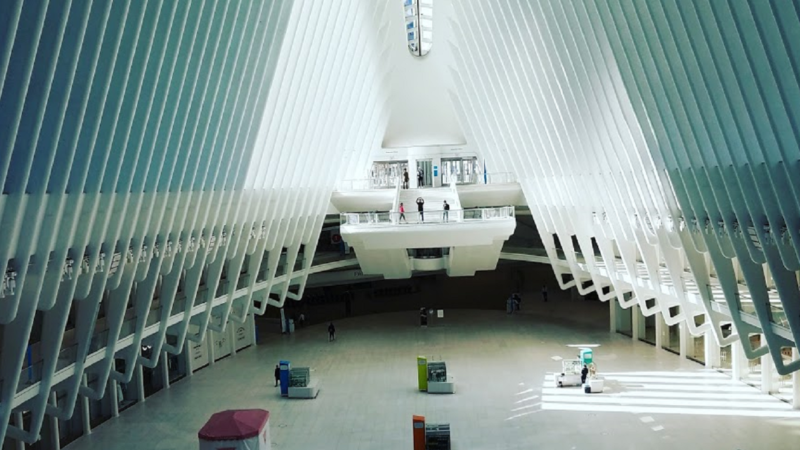 "Shelter in place" laws telling residents to stay in their homes whenever possible are sweeping the country, making it clear that public health concerns—as opposed to worries about staving off economic collapse—have carried the day when it comes to responding to the coronavirus. That's a decision we will come to rue as a nation, since a disease's direct death rate is not the only factor to be considered in responding to it.

On Sunday, Gov. Andrew Cuomo of New York, the state with the country's highest number of confirmed coronavirus cases, embodied this decision. During a press conference in which he laid out strict orders for the state's nearly 20 million residents to stay out of parks and offices, he called out New Yorkers who contravened his orders. "It's insensitive, it's arrogant, it's self-destructive, it's disrespectful to other people and it has to stop….This is not a joke, and I am not kidding."

Similar orders have been issued in California, Ohio, Pennsylvania, Illinois, and other states, with such cities as New York, Los Angeles, Philadelphia, and D.C. adding more localized (and sometimes more onerous) restrictions, such as banning gatherings of more than two people outside of home. Calls for a federal order—resisted so far by President Donald Trump in the name of letting states and cities respond to local conditions—will only intensify as the nation enters the second half of the White House's "15 Days To Slow the Spread" initiative and Congress readies an economic aid bill that will almost certainly top $1 trillion.

It won't be popular to call attention to the possibility that such actions might be an overreaction. But it's a serious point, even if that sentiment has no hopes of carrying the day. The federal government botched the early response to coronavirus, so why should we expect it to get its act together now? Whenever we are finally clear of this pandemic, we will need to study our response to understand what we did right and what we did wrong. With a virtually complete halt of the American economy about to begin, we should enter this phase with full awareness that it wasn't the only choice available to us.

On Friday in The New York Times, David L. Katz, former director* of the Yale-Griffin Prevention Research Center and president of True Health Initiative, outlined in no uncertain terms what is known about the effects of coronavirus and its likely spread among older and sickly Americans. He pointed out that the death rate on the Diamond Princess cruise ship—"that insular and uniformly exposed population"—is roughly 1 percent. Similar or smaller numbers are observed in countries such as China, Taiwain, Singapore, and South Korea, where the rate of new infections is declining, signaling that infection is at least temporarily under control. As a medical professional, Katz in no way scants public health concerns. But he is also

deeply concerned that the social, economic and public health consequences of this near total meltdown of normal life—schools and businesses closed, gatherings banned—will be long lasting and calamitous, possibly graver than the direct toll of the virus itself. The stock market will bounce back in time, but many businesses never will. The unemployment, impoverishment and despair likely to result will be public health scourges of the first order.

Elsewhere, the Nobel Prize–winning biophysicist Michael Levitt, who predicted—apparently accurately—a much-swifter decline in coronavirus spread in China and elsewhere, is arguing that an overreaction to the disease could do more damage than the disease itself. The Los Angeles Times reports:

While many epidemiologists are warning of months, or even years, of massive social disruption and millions of deaths, Levitt says the data simply don't support such a dire scenario—especially in areas where reasonable social distancing measures are in place.

Levitt isn't waving away health concerns, but he's following the numbers as he finds them. Even in heavily affected countries such as Iran, which is reportedly suffering from a lack of medical resources, new infections have leveled off:

The trajectory of deaths backs up his findings, [Levitt] said. So do data from outbreaks in confined environments, such as the one on the Diamond Princess cruise ship. Out of 3,711 people on board, 712 were infected and eight died. In his view, this unintended experiment in coronavirus spread will help researchers estimate the number of fatalities that would occur in a fully infected population….

He fears the public health measures that have shut down large swaths of the economy could cause their own health catastrophe, as lost jobs lead to poverty and hopelessness. Time and again, researchers have seen that suicide rates go up when the economy spirals down.

On March 19, the editorial board of The Wall Street Journal argued that "no society can safeguard public health for long at the cost of its overall economic health." Just a few days ago, it seemed plausible to argue for a more measured response to the pandemic, one that balanced several areas of concern, including the economy, civil liberties, and the psychological effects of quarantines:

The deadweight loss in production will be profound and take years to rebuild. In a normal recession the U.S. loses about 5% of national output over the course of a year or so. In this case we may lose that much, or twice as much, in a month.

Our friend Ed Hyman, the Wall Street economist, on Thursday adjusted his estimate for the second quarter to an annual rate loss in GDP of minus-20%. Treasury Secretary Steven Mnuchin's assertion on Fox Business Thursday that the economy will power through all this is happy talk if this continues for much longer.

If GDP seems abstract, consider the human cost. Think about the entrepreneur who has invested his life in his Memphis ribs joint only to see his customers vanish in a week. Or the retail chain of 30 stores that employs hundreds but sees no sales and must shut its doors.

Or the recent graduate with $20,000 in student-loan debt—taken on with the encouragement of politicians—who finds herself laid off from her first job. Perhaps she can return home and live with her parents, but what if they're laid off too? How do you measure the human cost of these crushed dreams, lives upended, or mental-health damage that result from the orders of federal and state governments?

Not even a full week later, those concerns seem as distant and irrelevant as arguments against massive (and ineffective) stimulus spending in the wake of the 2008 financial crisis. If the problem this time is literally new—"the novel coronavirus"—the politics are all too familiar. As the Journal editors put it:

The politicians in Washington are telling Americans, as they always do, that they are riding to the rescue by writing checks to individuals and offering loans to business. But there is no amount of money that can make up for losses of the magnitude we are facing if this extends for several more weeks. After the first $1 trillion this month, will we have to spend another $1 trillion in April, and another in June?

For the next few weeks (months? years?), nothing will matter more to politicians and the media except increasingly stringent public health measures that will become more draconian (and probably less successful) than those taken in countries such as South Korea, where life is beginning to drift back to normal. But as the window on a measured response gets nailed shut like the apartment doors of infected residents in China reportedly were, we should put in a marker to come back to these questions whenever life returns to normal.

*This article originally misidentified David L. Katz's role at the Yale-Griffin Prevention Research Center. He is the former director.