Lawyers, inmates' families, and correctional officers worry the jail is ill-prepared to handle an outbreak. 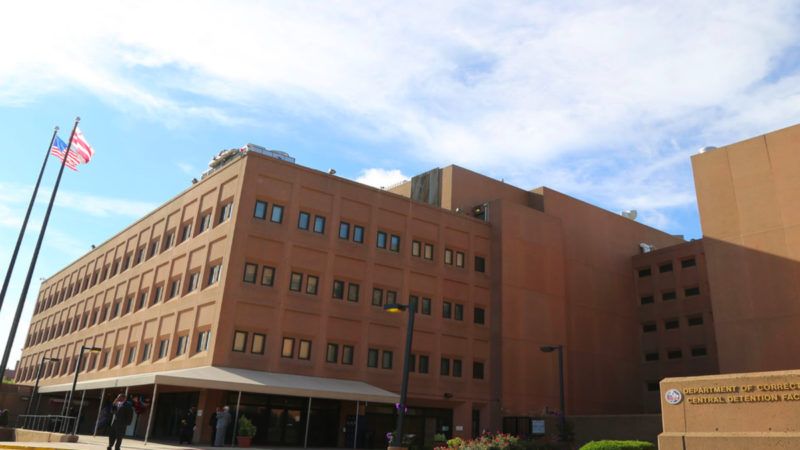 Coronavirus quarantines and lockdowns at the D.C. Jail have inmates, staff, and their loved ones on edge, and advocates are calling for stronger measures to protect everyone inside its walls from a potential outbreak.

Correctional officers say their requests for more protective equipment are being ignored, prisoners rights lawyers say inmates aren't getting basic information on the virus, and jail staffers say leadership has been leaving them out of the loop.

On Friday, a union representing correctional officers at the D.C. Jail voted "no confidence" in the jail's leadership for "guaranteeing and accelerating the rampant spread of COVID-19," The Washington Times reported.

The vote and the letter came after the D.C. Jail quarantined 65 inmates last Thursday "out of an abundance of caution" because a U.S. marshal at the D.C. Superior Court tested positive for coronavirus.

According to an attorney representing the union, correctional officers asked for personal protective equipment to transfer the inmates to quarantine, but jail leadership refused their request, forcing officers to move possibly infected inmates while wearing only masks and gloves.

The jail released the inmates from quarantine on Saturday after determining they hadn't come into contact with the marshal, but the last week's lockdowns and quarantines rattled people inside the jail's crumbling infrastructure.

In 2017, Reason reported on the jail's deteriorating conditions and its 150-year history of decrepitude. The jail is already plagued by well-known mold and ventilation problems.

"For each of the six guys, they hadn't heard anything about washing hands for 20 seconds," de las Casas says. "I'm not saying that's going to cure everything, but [the DOC] can do a better job just explaining very basic preventative measures. I've been asking if there's increased access to hand sanitizer, and it's only if they buy it from the commissary."

There have been no confirmed cases of coronavirus at the jail yet, but the criminal justice system is particularly vulnerable to a fast-moving diseases. The daily operations of courts involve innumerable interactions between police, lawyers, inmates, court clerks, judges, and correctional officers—all in close quarters and heavily-used public spaces. Jails and prisons are petri dishes.

Late Sunday, the New Jersey Supreme Court authorized the release of all inmates from county jails, although releases are subject to challenge by prosecutors. The American Civil Liberties Union of New Jersey estimates this could result in the release of roughly 1,000 people. Other jails across the country, such as in Ohio and Florida, have worked to reduce their populations in response to the virus. Over the weekend, 21 inmates and 17 staffers tested positive for coronavirus at Riker's Island in New York City.

But in Washington, Mayor Muriel Bowser and the U.S. Attorneys Office, which handles prosecutions in the District, have resisted calls for a mass release of inmates from the D.C. Jail.

On Sunday, WAMU reported that the D.C. Superior Court had created procedures for filing emergency motions for inmates to be released, a change that defense attorneys had been pressing for. Those procedures appear to prioritize inmates over 60 and with chronic health conditions.

Some inmates' family members fear this will leave their loved ones at risk for no reason other than their age:

These conditions make me want to cry. My LO probably will not qualify even though he's not an inherently violent person. He's an imperfect human being I love deeply, no more of a risk to society now than he will be at release in 3 months.

Staff members at the jail say they, too, aren't being informed about what's going on.

"They're not forthcoming with us," says one D.C. Jail administration staffer who spoke on the condition of anonymity for fear of retaliation. "Everybody's really concerned. We don't feel safe."

"The jail has been falling apart forever," the staffer continued. "The circulation inside the jail is all inside air."

The Department of Corrections declined to comment on the union letter.

The staffer said sanitation has at least improved: "They're cleaning the way they should have all along."