America Doesn't Have Enough Hospital Beds To Fight the Coronavirus. Protectionist Health Care Regulations Are One Reason Why. 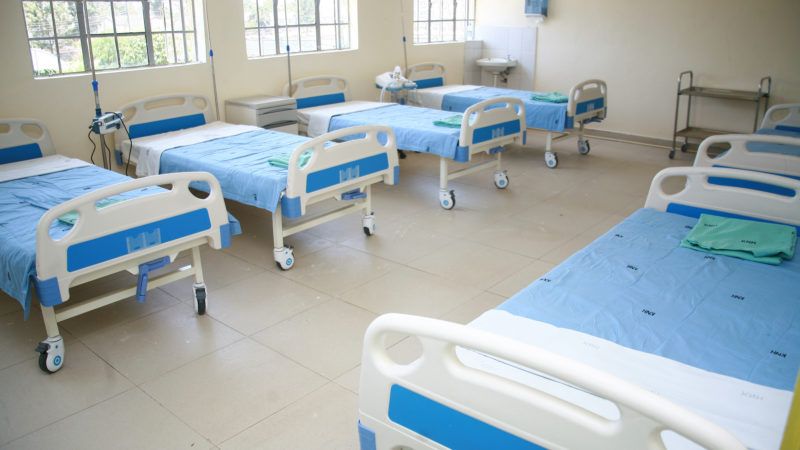 By now, it's fairly obvious that federal bureaucrats slowed America's response to the new coronavirus outbreak. As university researchers and private-sector labs tried to develop tests that might have given health care providers a jump start on containing the virus, they were repeatedly stymied by the Centers for Disease Control and Food and Drug Administration.

As the focus shifts from testing to treating, yet more red tape is poised to cause yet more problems.

The most acute of those problems: America simply doesn't have enough hospital beds to handle the expected influx of patients suffering from COVID-19. In many places, that shortage of beds is the result of state-level regulations—known as "certificate of need" laws, or CON laws—that artificially limit the supply of medical equipment. Those laws help politically powerful hospital chains limit regional competition and inflate health care costs, but they also create shortages of medical equipment that could prove disastrous during a pandemic.

Certificate of need laws are on the books in 35 states, but they differ from place to place. Their stated purpose is to keep hospitals from overspending, and thus from having to charge higher prices to make up for unnecessary outlays of capital costs. But in practice, they mean hospitals must get a state agency's permission before offering new services or installing a new medical technology. Depending on the state, everything from the number of hospital beds to the installation of a new MRI machine could be subject to CON review.

"There have been artificially imposed restrictions on the number of beds, ventilators, and facilities in general that can exist. Some states might find themselves having a real problem," says Jeffrey Singer, a medical doctor and a senior fellow at the Cato Institute, a libertarian think tank. (Singer is also a contributor to Reason Foundation, which publishes this website.)

In 28 states, hospitals must get state regulators' permission before adding beds, according to data collected by researchers at the Mercatus Center, a think tank at George Mason University. Bed space in nursing homes and long-term care facilities are subject to CON regulations in 34 states. CON laws limit long-term acute care services—the sort of thing that many coronavirus victims may need as they recover—in 30 states. Specific medical equipment, such as ventilators, could be subject to CON laws covering the purchases of new devices.

Those laws are one reason why America has fewer hospital beds than most other developed countries.

The United States has only 2.8 hospital beds per 1,000 people, according to data from the Organization for Economic Cooperation and Development. That's even less than the 3.2 hospital beds per 1,000 people in Italy, where the COVID-19 outbreak has been particularly devastating. In China, the figure is 4.3 beds per thousand people, and South Korea (whose response to the virus seems to have been the most effective so far) has a whopping 12.3 beds for every thousand people.

After the coronavirus outbreak in Wuhan, China, a new hospital with 1,000 beds was built in less than two weeks. It would be nearly impossible to duplicate that feat in America, says Singer—not because America lacks China's top-down authoritarian structure, but because regulations (including CON laws) routinely prioritize protectionism over health. In recent years, a CON board in Virginia has blocked a hospital from building a needed neonatal intensive care unit because a nearby hospital complained about unwanted competition. A similar board in Michigan tried to restrict cancer treatments for reasons that had nothing to do with medical efficacy or patient safety.

Even when there isn't a dangerous virus on the loose, CON laws are bad for patients. In 2016, researchers at the Mercatus Center found that hospitals in states with CON laws have higher mortality rates than hospitals in non-CON states. The average 30-day mortality rate for patients with pneumonia, heart failure, and heart attacks in states with CON laws is 2.5 to 5 percent higher even after demographic factors are taken out of the equation.

Singer says governors and state lawmakers should suspend any CON laws that might limit hospitals' ability to respond to the COVID-19 outbreak. It's likely too late to quickly expand the number of hospital beds available in the United States, but removing these impediments to expanding medical facilities should be a no-brainer.

After the coronavirus crisis has passed, those suspensions should be made permanent, so the market can adequately prepare for future pandemics without running up against protectionist rules.

"Let's learn from this," Singer says, "and not make this mistake again."