Do You Have a First Amendment Right to a Slayer-Themed License Plate? 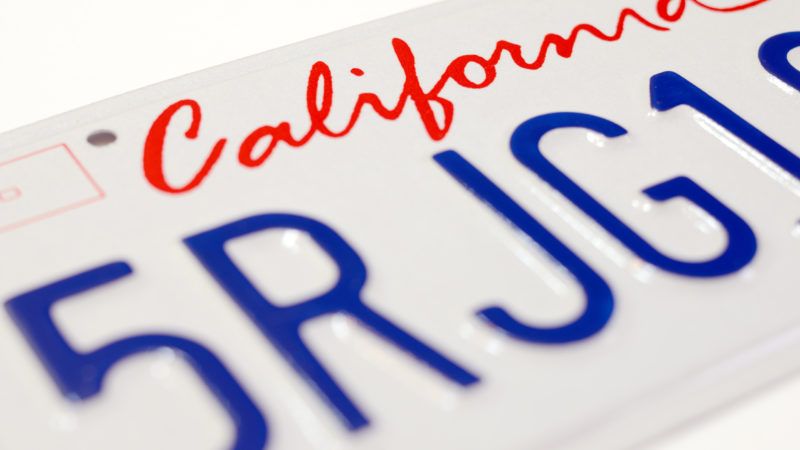 There are few things more intimate than a personalized license plate. Yet California's Department of Motor Vehicles (DMV) rejects tens of thousands of applications for individualized plate slogans each year for being offensive to "good taste and decency."

"Our lawsuit is about vague laws that give government bureaucrats unbridled discretion to regulate speech, and that inevitably leads to arbitrary results," says Wen Fa, an attorney with PLF. "It's basically at the DMV's whims what might be offensive and what isn't."

That includes Paul Ogilvie, an army veteran, who wanted to combine his military nickname 'OG' with childhood nickname 'Woolf' to make an 'OGWOOLF' license plate. The DMV rejected this for supposedly being offensive.

They did the same thing to Amrit Kohli, a gay computer programmer and musician, whose application for a license plate saying "QUEER"—a reference to Kohli's own identity—was rejected for being "insulting, degrading, or expressing contempt for a specific group or person," according to the PLF complaint.

James Blair is also suing the DMV after being told that his proposed "SLAAYRR" plate—a reference to the metal band Slayer—was "threatening, aggressive, or hostile" and therefore violated the department's prohibition on offensive plates.

In addition, PLF is representing English pub owner Paul Crawford, whose proposed "BO11LUX" license plate was turned down for being too sexual, and motorcycle enthusiast Andrea Campanile for a rejected "DUK N A" license plate (a reference to Ducati motorcycles and her first name).

This is not the first time California's personal plate regulations have come under attack. Last year PLF sued the department on behalf of university professor Jon Kotler who'd likewise had his application for a personalized plate rejected.

The state DMV argued in that case that because it was the one issuing the plates, it was the government speaking, and not the private citizen requesting the plates. Therefore, it was up to the discretion of the department which messages it would allow.

A judge for the  U.S. District Court for the Central District of California rejected this argument in denying a government motion to dismiss the case, writing that it "it strains believability to argue that
viewers perceive the government as speaking through personalized vanity plates."

That case was resolved in January 2020 when the DMV decided to issue Kotler the initially rejected plate. However, the department has kept its regulations about offensive plates on the books, prompting PLF to file a second lawsuit.