"Google is not now, nor (to the Court's knowledge) has it ever been, an arm of the United States government," wrote District Judge Stephen Wilson. 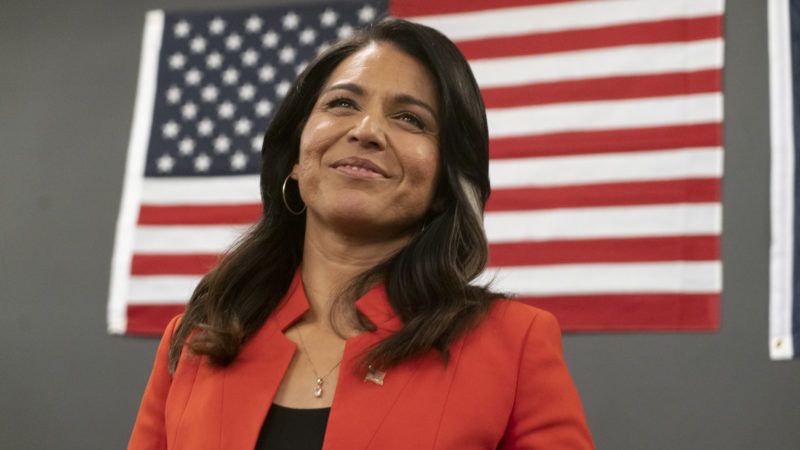 A lawsuit from Rep. Tulsi Gabbard (D–Hawaii) that sought to radically alter the First Amendment and its application to private companies was rejected by a federal judge on Tuesday.

The congresswoman and presidential candidate sued Google for infringing on her right to free speech when the company temporarily suspended her campaign advertising site for six hours after the first Democratic debate.

Gabbard contended that Google became a public utility by permitting candidates to advertise on its platform. But that isn't enough to render it a state actor, said Wilson, as "web services or online political advertising" have never been "exclusive government functions."

The suit is the latest in a string of tech bias claims, and the decision once again affirms the obvious: The First Amendment does not govern the choices made by private actors. Wilson didn't have to look far in citing recent precedent: The judge pulled from last week's decision in Prager University v Google LLC et al, in which the Ninth Circuit Court of Appeals rejected the conservative content maker's allegations that YouTube, a Google subsidiary, violated its free speech rights by placing a small portion of the nonprofit's videos on "Restricted Mode."

Gabbard and PragerU may very well have cause to be miffed at the companies for their review processes. In Gabbard's case, Google said that its automated system flags accounts with large changes in spending, and in this case, it allegedly triggered a suspension.

As I've written previously, the tech behemoths are unconvincing when they say their content assessments are devoid of bias. No algorithm has been optimized beyond error, and no human reviewer is completely impartial. But those are not First Amendment issues.

Gabbard's suit was probably nothing more than a PR stunt, but such efforts waste time and resources. What's more, it suggests she either doesn't understand or respect the Constitution, which doesn't bode well for a potential President Gabbard.