Lawmakers want to get tougher on touching "with the intent to sexually arouse." 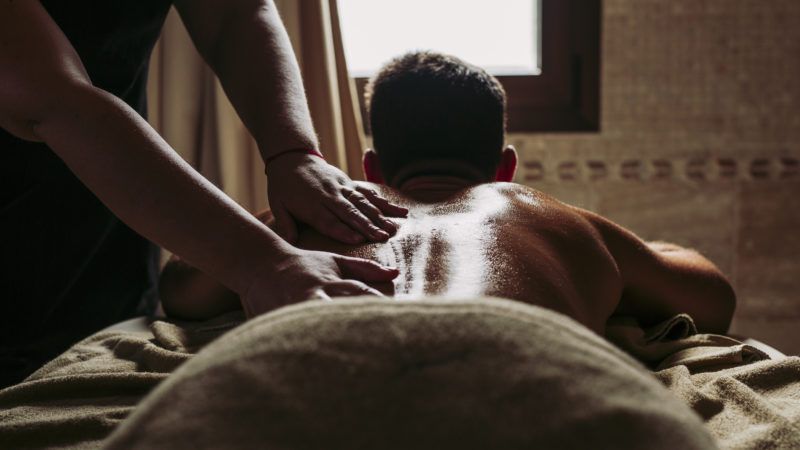 Legislation moving through the Virginia state legislature aims to make it easier to arrest and prosecute massage parlor workers for sexual touching. The bill—which passed the state House on February 11 and is currently in committee in the Senate—would amend Virginia's prostitution law to include any touching of "the intimate parts of another with the intent to sexually arouse or gratify for money."

The authorities are (of course) pushing this as a way to combat "sex trafficking." But in reality, it would simply make it easier for police to arrest people engaging in prostitution, whether or not they are being coerced or exploited.

Should the law pass, it will give Virginia law enforcement more ammunition to harass other massage business workers too, and to accuse them of prostitution on highly subjective grounds.

Proving an intent "to sexually arouse or gratify" may be a tough slog. But even if many convictions under this law prove elusive, it could still mean jail time for those arrested—significant amounts of jail time if they can't pay bail. If the workers are immigrants, it could also mean trouble with Immigration and Customs Enforcement (ICE), even if they have legal status and even if no prostitution charge actually sticks. Simply being accused can be enough to run afoul of "good moral character" clauses in immigration law. And language barriers and lack of resources to pay a good lawyer also make it difficult for many immigrant masseuses and sex workers to get a fair shake.

In addition to making sexual touching sufficient to trigger a prostitution charge, the proposed legislation would make it a felony to employ anyone "for the purpose of causing such person to engage in the touching of the intimate parts of another person with the intent to sexually arouse or gratify."

Henrico Deputy Commonwealth's Attorney Mike Feinmel told the Richmond Times-Dispatch that going after the operators of massage businesses where prostitution takes place had previously proved too hard. He complained that prosecutors can often only charge them for "maintaining a bawdy place" (a misdemeanor).

This isn't for lack of laws to punish more severe behavior, mind you. It's that—despite time and again pursuing prostitution stings as "human trafficking busts"—Virginia police have failed to find evidence of human trafficking or other things that would warrant more severe charges.

A less punitive and panicked system than ours might conclude that police have been doing due diligence and that their worst fears are, thankfully, unfounded for now. Instead, the authorities have decided that if there are no felonies to be found in these businesses now—just some unauthorized handjobs—they'll change the law to make it a felony to own a place where unauthorized handjobs take place.