Certificate of need laws are on the books in 36 states, but they mostly serve as a way for hospitals to limit competition and keep prices high. State lawmakers should be dismantling them. 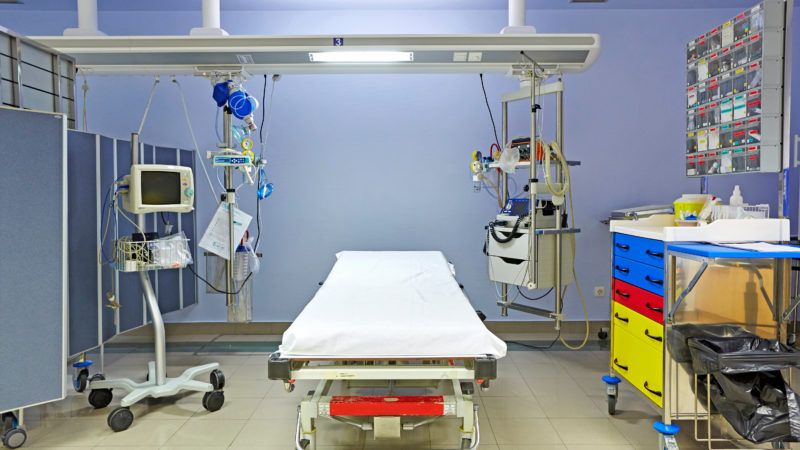 Americans spend more on health care now than ever before, and so-called certificate of need laws (or CON laws) are part of the reason why.

On the books in 36 states, CON laws hike prices and create shortages of care, sometimes with tragic results, under the theory that bureaucrats can do a better job of balancing the supply and demand of health care than the market would. Although the laws differ from state to state, they often require that health care providers seeking to offer new services—everything from drug treatment centers to MRI machines to additional hospital beds—get permission from state regulators before doing so. In all of these cases, CON laws are purely economic regulations, not a safeguard against careless providers.

In practice, CON laws often allow existing providers to effectively veto new competition. In Michigan, for example, the state's Certificate of Need Commission voted last year to restrict which hospitals could offer a promising form of cancer treatment. In Virginia, state officials have repeatedly blocked a Roanoke-area hospital from building a new neonatal intensive care unit (NICU) because a nearby hospital that operates a NICU has lobbied against its would-be competitor.

In short, these laws aren't working. But CON laws also offer some insight into the political process. Congress asked states to repeal their CON laws for health care in the 1980s when it became apparent that the laws were not reducing health care costs as intended. That they persist is testament to the political power of hospitals, which wouldn't lobby to keep CON laws on the books if they weren't inflating prices, says Matthew Mitchell, a senior research fellow at the Mercatus Center, a free market think tank at Virginia's George Mason University.

"The first, best option if you want to increase access to care and lower costs is to just eliminate certificate of need laws," Mitchell says. "If, however, your legislators do not have the political will to do that—because it will take away a lucrative benefit from a concentrated and highly organized interest group—what we offer is a number of alternatives."

Mitchell is co-author of a new report that highlights the basic economic illogic of CON laws and offers a menu of options for state lawmakers to consider for reforms. The report suggests states focus on elements of CON laws that hit vulnerable populations—like restrictions on building new NICUs or drug treatment centers—or by eliminating CON regulations for services like nursing homes and hospice care, where demand is only going to increase as the population ages.

More substantial reforms should be enacted over longer periods of time, the Mercatus research suggests. States could enact sunset provisions that allow CON laws to stay on the books for a temporary period of time to allow hospitals and other providers to adjust to new potential competition.

Alternatively, states could change how commissions review CON applications. One idea, says Mitchell, is to remove "duplication of services" as a justification for rejecting an application—a provision that's common in many state CON laws and one that mostly serves to create local monopolies.

Ultimately, it's up to state lawmakers to have a backbone and reject the notion that health care can't operate according to market mechanisms.

Even sunset provisions are no guarantee of repeal. State lawmakers in Delaware passed a law in 1993 that was supposed to do away with the state's CON laws the following year. But before that could happen, lawmakers took up the issue again and extended the sunset date to 1996. They would later kick the expiration date back to 2002, then 2005, and eventually 2009.

Finally, in 2009, legislators voted to remove the sunset provision and keep the law on the books.