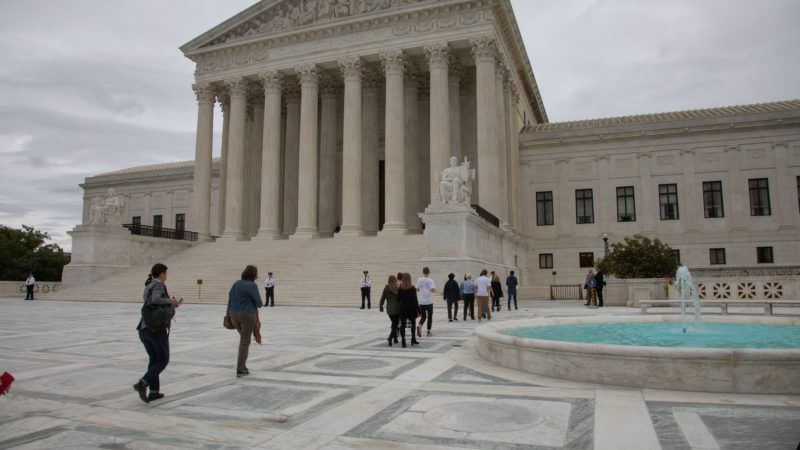 Federal law makes it a felony for any person "for the purpose of commercial advantage or financial gain" to encourage or induce an undocumented alien to illegally enter or remain in the United States. On February 25, the U.S. Supreme Court will hear oral arguments in a case, United States v. Sineneng-Smith, which asks whether that sweeping prohibition should be struck down as an unconstitutional infringement on protected speech.

It should. Applied on its face, the federal prohibition against encouraging illegal immigration for financial gain criminalizes a wide range of lawful speech. For example, let's say that a self-described advocate of open borders writes a book urging civil disobedience in the face of what that author sees as America's unjust immigration regime. The book explicitly advises all undocumented immigrants to remain in the United States, to speak out, and to fight for their rights.

Would the sale of such a book encourage the unlawful presence of undocumented immigrants for financial gain? Clearly it would. But the First Amendment would just as clearly protect the author's liberty to write and sell such a book without facing federal charges.

Here's another example of how the law at issue criminalizes constitutionally protected speech. As the lawyers for Evelyn Sineneng-Smith point out in their brief to the Supreme Court, "the government admits telling a district court that it could use the encouragement provision to prosecute an immigration attorney for advising an undocumented client to stay in the country, and notably does not disavow that position in its brief."

Needless to say, there are plenty of good reasons why an immigration attorney might offer such legal advice. Perhaps the undocumented client has a compelling case and the lawyer believes there's a strong chance of persuading federal authorities to alter the client's legal status. The law at issue, however, makes it illegal for the lawyer to speak and act professionally in such matters.

Sineneng-Smith, the operator of an immigration consulting firm in San Jose, California, was convicted in 2010 on multiple counts of violating the law. Her position is that the law is unconstitutional on its face, not merely that it is unconstitutional as applied to her.

As the Supreme Court has repeatedly recognized, the Constitution frowns upon "overbroad laws that chill speech within the First Amendment's vast and privileged sphere." The overbroad law at the center of U.S. v. Sineneng-Smith fits that description.