The journal's editors recognized the problem before publication, but the authors failed to address it. 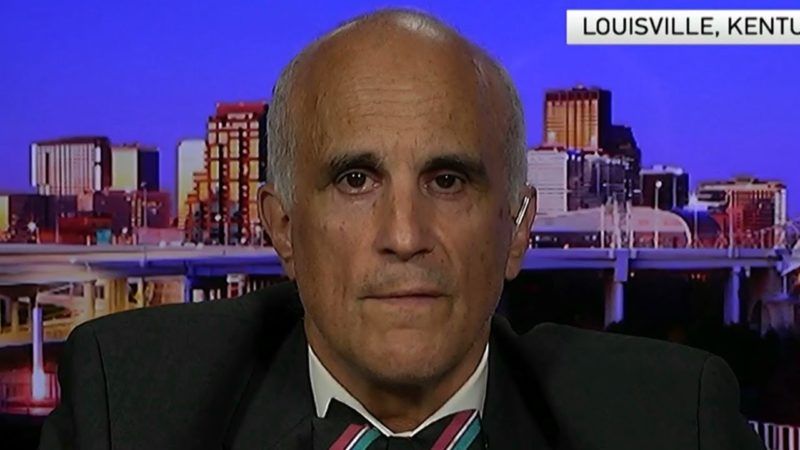 Eight months after the Journal of the American Heart Association published a study implying that e-cigarettes magically cause heart attacks before people even try them, it has retracted the article. "The editors are concerned that the study conclusion is unreliable," JAHA says in a notice posted today.

Based on data from the Population Assessment of Tobacco and Health (PATH), Dharma Bhatta and Stanton Glantz claimed to find that "e-cigarette use is an independent risk factor for having had a myocardial infarction." Glantz, a longtime anti-smoking activist and e-cigarette opponent who directs the Center for Tobacco Research Control and Education at the University of California, San Francisco, said the results provided "more evidence that e-cigs cause heart attacks." Notwithstanding the evidence that vaping is much less hazardous than smoking, Glantz and Bhatta, an epidemiologist at the center, concluded that "e‐cigarettes should not be promoted or prescribed as a less risky alternative to combustible cigarettes and should not be recommended for smoking cessation among people with or at risk of myocardial infarction."

But as University of Louisville tobacco researcher Brad Rodu pointed out last July, the analysis that Bhatta and Glantz ran included former smokers who had heart attacks before they started vaping. Once those subjects were excluded, Rodu and University of Louisville economist Nantaporn Plurphanswat found, the association described by Bhatta and Glantz disappeared. "The main findings from the Bhatta-Glantz study are false and invalid," Rodu and Plurphanswat wrote in a July 11 letter to JAHA. "Their analysis was an indefensible breach of any reasonable standard for research on association or causation." In another letter a week later, Rodu and Plurphanswat urged the journal's editors to "take appropriate action on this article, including retraction."

Eleven days ago, I noted that JAHA had not responded to Rodu's criticism, which was recently amplified by 16 prominent tobacco researchers, except to say that "the American Heart Association is steadfastly committed to ensuring an objective and thorough evaluation of any and all inquiries received about studies published in any of our journals." I asked JAHA for comment while writing that post, and today I received a reply from AHA spokeswoman Michelle Kirkwood. "Bhatta et al.'s manuscript underwent a thorough and comprehensive review during the past 7 months," she says in her email, "and the process is now complete. As of 2/18/20, JAHA has retracted the paper."

Why did it take the journal so long to acknowledge the glaring error highlighted by Rodu and other critics of the study? Here is how the AHA describes what happened (emphasis added):

After becoming aware that the study…did not fully account for certain information in the Population Assessment of Tobacco and Health [PATH] Wave 1 survey, the editors of Journal of the American Heart Association reviewed the peer review process.

During peer review, the reviewers identified the important question of whether the myocardial infarctions occurred before or after the respondents initiated e‐cigarette use, and requested that the authors use additional data in the PATH codebook (age of first MI and age of first e‐cigarettes use) to address this concern. While the authors did provide some additional analysis, the reviewers and editors did not confirm that the authors had both understood and complied with the request prior to acceptance of the article for publication.

Post publication, the editors requested Dr. Bhatta et al conduct the analysis based on when specific respondents started using e‐cigarettes, which required ongoing access to the restricted use dataset from the PATH Wave 1 survey. The authors agreed to comply with the editors' request. The deadline set by the editors for completion of the revised analysis was not met because the authors are currently unable to access the PATH database. Given these issues, the editors are concerned that the study conclusion is unreliable.

Even before publication, in other words, JAHA's editors and reviewers recognized that there was a logical problem with asserting a causal link between e-cigarette use and heart attacks based on cases that predated e-cigarette use. They asked Bhatta and Glantz to address that crucial issue, and the authors failed to do so, even though the PATH database included the necessary information. JAHA published the study anyway, and Bhatta and Glantz say they can't do a corrective analysis now because they no longer have access to the PATH database.

That seems like a pretty slipshod peer review and editorial process, doesn't it? I suspect JAHA would have been a bit more careful with a study that found vaping prevents heart attacks by helping smokers quit.