Will Bolton Get To Testify Against Trump? All Signs Point to Yes.

Plus: 50 troops were injured in Iran attack, Bloomberg is beating Buttigieg, and more... 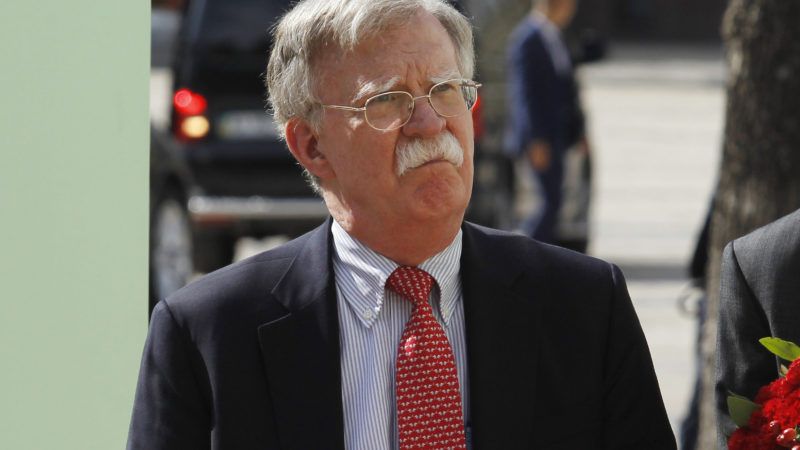 The upcoming book—a draft of which was leaked to The New York Times recently—includes details about Bolton's alleged concern over Trump's relationships with leaders of Ukraine, China, and Turkey. It also backs up quid-pro-quo claims at the center of Trump's impeachment trial.

On Tuesday, Trump's impeachment defense team wrapped up its portion of the proceedings. (More on that here.) Now, the Senate will vote on whether to call in witnesses. And Bolton will almost certainly get the first invite from Democrats if they do.

In return, "Republicans may react to a subpoena of Bolton by summoning Hunter Biden and the government whistleblower, whose complaint sparked the impeachment inquiry, to testify," suggests Zachary Evans at National Review.

One fun thing about all this is how much Bolton seems to be getting under Trump's skin, judging by the increasingly exasperated digs at Bolton the president has been tweeting.

….many more mistakes of judgement, gets fired because frankly, if I listened to him, we would be in World War Six by now, and goes out and IMMEDIATELY writes a nasty & untrue book. All Classified National Security. Who would do this?

Then again, Trump isn't wrong that that Bolton would have us "in World War Six by now" (or at least well on the way there) if he got his way.

Firing Bolton may be the best idea Trump has had in office, and we're all safer and better off because of it. (It would have been nicer if he had never hired Bolton in the first place, but let's call that water under the bridge for now.) Bolton turning on Trump once fired just makes it all that much better.

Republicans on social media often rejoice in liberals "eating their own" during online outrage mobs—which, I admit, can indeed be fun to watch. But it's so much better when the people putting each other on the menu are power-wielding warmongers and corrupt bozos in high office.