The New Jersey senator was also willing to buck the establishment at key moments. 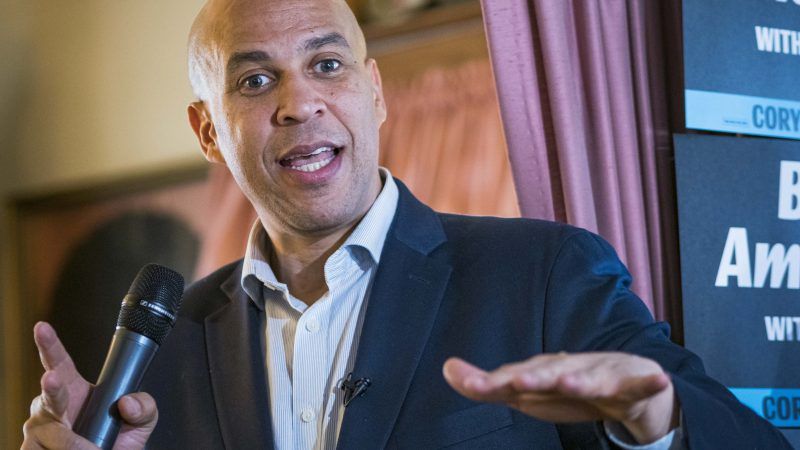 Sen. Cory Booker (D–N.J.) announced Monday that he is withdrawing from the 2020 presidential race.

"Today I'm suspending my campaign for president with the same spirit with which it began," Booker said in a video posted to his Twitter account. "It is my faith in us, my faith in us together as a nation that we share common pain and common problems that can only be solved with common purpose and a sense of common cause."

It's with a full heart that I share this news—I'm suspending my campaign for president.

To my team, supporters, and everyone who gave me a shot—thank you. I am so proud of what we built, and I feel nothing but faith in what we can accomplish together. pic.twitter.com/Fxvc549vlJ

He will now pivot to campaigning for reelection to the Senate.

Though the senator warned against Democratic infighting, he was willing to rock the boat on a handful of notable occasions. He is one of few high-profile Democrats who is still sometimes willing to vouch for school choice, rightly pointing out that such options help the vulnerable minorities that progressives claim to stand for. In the July Democratic debate, he criticized former Vice President Joe Biden's record on criminal justice issues, particularly as it pertains to his hardline record on harsh punishments for drug offenses. And in the November debate, he pushed back on the wealth tax proposed by Sen. Elizabeth Warren (D–Mass.), reminding viewers that several other European countries have attempted to implement the levy with failed results.

But Booker never could quite catch on in the polls, lingering around 2 percent for most of the race. He may have been hamstrung by his history of grandstanding in congressional hearings. While politicians on both sides of the aisle are no stranger to that type of thing, Booker never could quite execute such moments with the same verve: His "I am Spartacus" moment during Associate Justice Brett Kavanaugh's confirmation hearings was widely mocked as theatrical and disingenuous.