Atlanta Disbands Its Narcotics Unit To Focus on Violent Crimes Instead

A reduced emphasis of busting low-level dealers and users would be good news for scaling back the drug war. 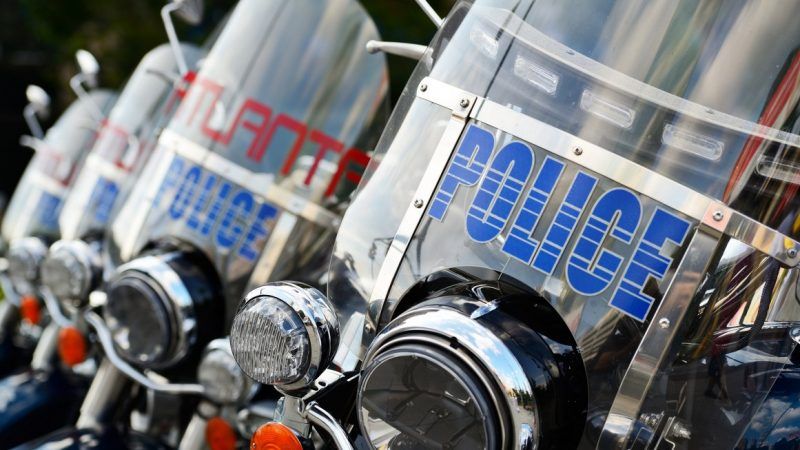 In what we can only hope is a shift away from overly oppressive policing against low-level drug use and sales, the Atlanta Police Department is disbanding its special Narcotics Unit and shifting cops elsewhere to focus on fighting violent crime. Atlanta has seen a drop in its overall crime rate over the past two years, but homicides and aggravated assaults have both increased.

When reporter Mark Winne of WSB-TV 2 asked for confirmation, the department sent him a prepared statement confirming the news:

We know that the illegal narcotics trade is often at the center of criminal activity fueled by guns and gangs. The Department is de-centralizing its Narcotics Unit in recognition that the violence that surrounds this trade should be the focus of the entire Department, not just one team. We have had tremendous success at targeting the sale of illegal narcotics by tracking violent criminals and getting illegally-possessed guns off the streets.

Violent crime and gang activity must be the Department's primary focus and where we will have a greater impact on the crimes affecting those most often victimized in our communities.

WSB-TV's coverage has a slight air of disappointment, as if the station is unhappy that it won't be able to put those photogenic bust-down-the-door raids on the evening news anymore. Winne makes a vaguely negative reference to the idea of making this change in the midst of the opioid overdose crisis.

But if the Atlanta Police Department is realizing that "zero tolerance" drug enforcement is not the solution to gang violence, that's good news. There are indeed nasty and violent dealers out there, but decades of the drug war have taught us that a good chunk of the drug trade involves low-level dealing, often by people who are themselves addicted; harsh enforcement of drug laws has led to large numbers of nonviolent drug offenders serving long prison terms. Focusing on actual violence is surely preferable to chasing after the low-hanging fruit of undercover deals, or of raids based on info from sketchy informants with their own agendas.

It's not clear how extensive this change might be. Atlanta has another special drug unit that participates in the federal Drug Enforcement Administration's High Intensity Drug Trafficking Areas (HIDTA) program, which helps fund multi-agency drug task forces. The statement from the Atlanta Police Department didn't mention whether it would stay involved with the HIDTA program, and a call from Reason to the department's public affairs office was not returned.