In one week alone, newly legal dispensaries made $11 million in sales. 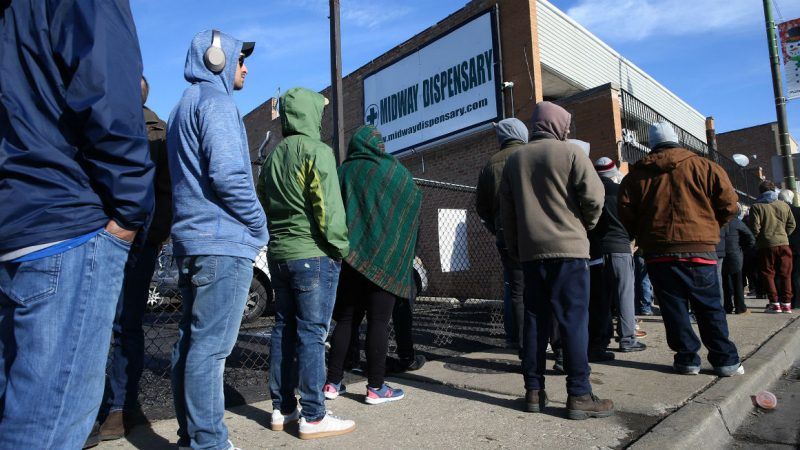 Illinois' first week of recreational marijuana sales appears to be going so well that dispensaries have actually run out of product.

The legislation took effect on January 1.

With about 40 dispensaries licensed, many people celebrated the beginning of legal weed in the state on the first day of the new year. Even Lt. Gov. Juliana Stratton posed for a picture at a dispensary after purchasing edibles.

Legal marijuana sales brought out thousands to make their first legal pot purchase - including Illinois Lt. Gov. Juliana Stratton. She got into the spirit of the historic day by making her own pot purchase, in the form of edibles. #IllinoisCannabis https://t.co/dsajQJaJRc pic.twitter.com/CMERtD0t9b

A handful of dispensaries have had to temporarily shut down operations since demand was so high. Some dispensaries have turned to creating limits on how much product a single customer can buy and shortening hours to help mitigate the shortages until new shipments arrive. Business owners note that the most popular product has been flower, the dry bud that is smokeable via pipe, bong, or similar apparatus.

The day before legalization went into effect, Governor J.B. Pritzker, a Democrat, issued 11,017 pardons for low-level marijuana offenses. The pardons were then forwarded to the state attorney general's office for expungement. An estimated 700,000 records are eligible for a pardon or record expungement under the new law.