Plus: Libertarianism in the 2020s, Trump's flavored vape ban, and more... 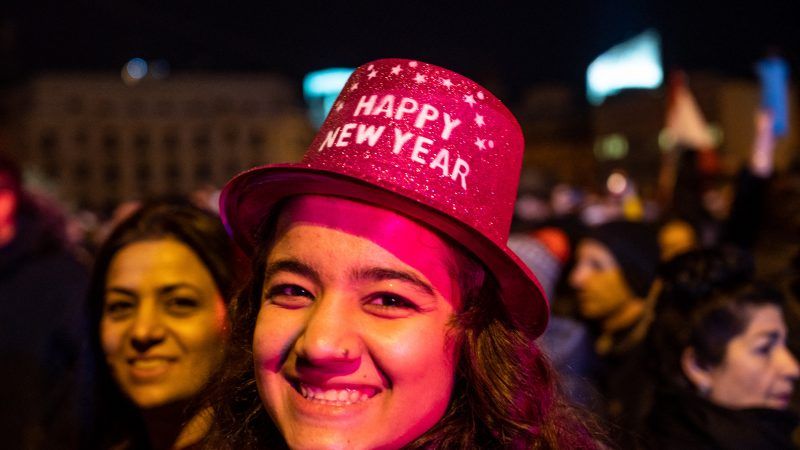 2020 brings bail reform, bag bans, more marijuana, fewer tampon taxes, narwhal protection, higher minimum wages, and many other new laws. The 2019 holiday season has come to a close, and now here we all are looking into the start of a new year and a new decade. Will the 2020s really be as bad as everyone keeps predicting? Probably not, if you consider all the doom-and-gloom eulogizing that's been done over the 2010s, which actually turned out to be a pretty damn great decade, comparatively speaking.

Sure, if you listen to mainstream Republicans or Democrats, we're on a collision course with an imminent immigrant takeover, full socialism, mandatory drag queen story hours in public schools, unavoidable climate catastrophe, the Third Reich redux, or any number of other horrors. But these people thrive on creating a climate of partisan panic; it helps them consolidate their power. Conveniently, whatever bad things we face they are probably their opponents' fault.

In the real world, neither ruling party has a monopoly on bad ideas, silly bans, and detrimental public policies. Occasionally, one or the other passes a good policy too.

This becomes clear when you look at some of the new laws, both good and bad, taking effect in states around the country this week—red, blue, and in-between. For instance…

Legislation isn't the only sort of rules we have to worry about, of course. The "triumph of the administrative state over the Constitution's vesting of all lawmaking power solely in the Congress is all but total, and it holds under President Trump," as Clyde Wayne Crews writes at Forbes.

At the Supreme Court this year, we'll see justices determining whether one such branch of bureaucrats—the Consumer Financial Protection Bureau—should even be allowed to exist. SCOTUS will also consider cases on fair use and copyright law, discrimination complaints against religious employers, school scholarships, Trump's financial records, and (of course) abortion access.

What can we expect for libertarianism and the "liberty movement" in the 2020s?

Economist Tyler Cowen offers some predictions. He embraces something he calls "state capacity libertarianism," which differs from both Niskanen Center–style "liberaltarianism" and the trendy Trumpian elements that have swept like a highly contagious disease through the ranks of former Tea Partiers and Ron Paul revolutionaries.