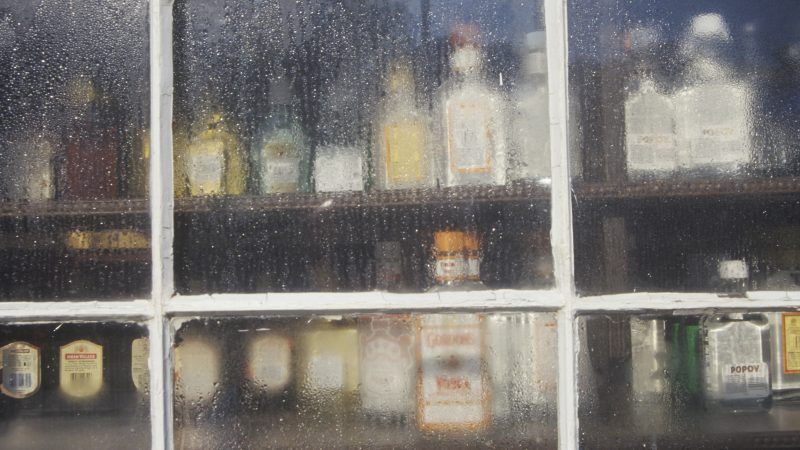 Massachusetts alcohol buyers could see a tiny measure of relief from the state's overbearing prohibition on retail alcohol discounts if a bill introduced earlier this year becomes law. But a powerful lobby group is pushing back.

Practically, that means "Massachusetts law prohibits retailers from selling alcoholic beverages for 'less than [the] invoiced cost,'" the beer information site Brewhound explained earlier this year in a piece on a lawsuit challenging the minimum-price requirement. "The state defines 'cost' as the 'net cost appearing on the invoice for' an alcoholic beverage."

The minimum-price requirement is awful. But the proposed reform, sponsored by State Rep. Ted Speliotis (D–Danvers), wouldn't eliminate it. Instead, it would simply allow stores to offer coupons to customers, which state law also currently prohibits.

"One may ask, why offer the coupons when the store can simply discount the product—as long as it does not fall below the list price?" Speliotis—who represents the town where my parents lives—wrote in a Boston Globe op-ed this month promoting his bill. "The answer is quite simple: Coupons would allow owners to increase their base of customers by introducing more people to their stores and products through advertising." Speliotis also notes Chinese restaurants, pizza parlors, and other small, local businesses often use coupon mailings to stimulate business.

Large retailers in the state support the reform bill. One of those retailers, Total Wine, found its low prices ran afoul of the Massachusetts rules. Total Wine's "crime," reported the Everett Independent in 2017, is that "they're giving deals that are too good." Heavens.

In a counterpoint that ran in the Globe alongside Speliotis's piece, Robert Mellion, who heads the packies' lobby group, argues even this minimal reform would open the floodgates for access to cheap alcohol, which he opposes.

"The argument was, if we make it too easy for the consumer, they'll drink too much," Speliotis said earlier this year after he'd introduced the coupon bill. "But society has changed, and we're the only state that still imposes this kind of restriction."

Supporters of the booze-discount ban claim it levels the playing field for small mom-and-pop stores that might otherwise not be able to compete.

That argument is also shortsighted and likely incorrect. If mom-and-pop packies don't face pressure from large in-state sellers, then they'll simply feel that same pressure from outside the state. That's the current reality. New Hampshire's state-owned liquor stores (that'd be a whole different column) offer better prices than their private Massachusetts competitors, even including special discounts to thank the out-of-state buyers who make up half their sales.

(And if you're willing to put aside for a moment the crappiness of government-owned liquor stores as both concept and shopping experience, New Hampshire's periodic trolling of Massachusetts lawmakers is amusing.)

As I've long decried, Massachusetts has prohibited bars and restaurants from offering drink discounts for more than three decades. So maybe it's not a huge surprise that a state that bans happy hour would also prohibit liquor stores from offering similar discounts.

The fact even the very modest reform State Rep. Speliotis has proposed is facing such powerful opposition is a testament to the very messed up state of alcohol regulation in Massachusetts. Protecting packies at the expense of its consumers is an awful policy that ensures the vestiges of Prohibition are alive and well in Massachusetts.