She fights against school choice while her kid and grandkids go to private school. 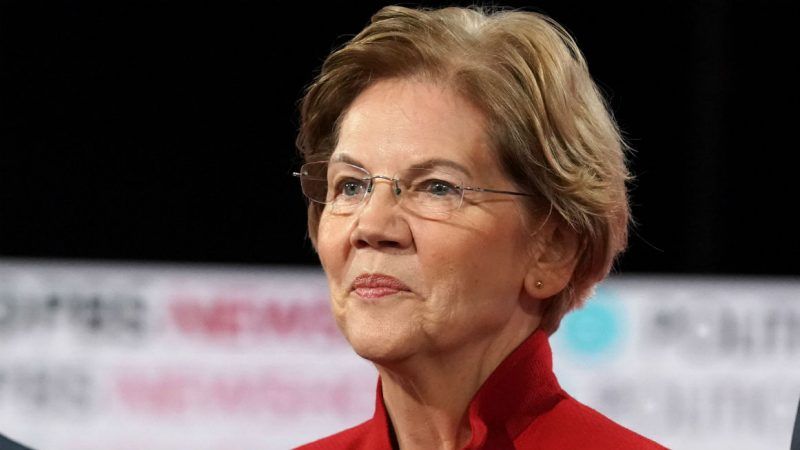 In last night's Democratic presidential debate, Mayor Pete Buttigieg warned Sen. Elizabeth Warren (D–Mass.) against "issuing purity tests you cannot yourself pass." He was talking about the senator's millionaire status, but his statement applies just as much to her education plan.

At last night's debate, Warren declared her desire to "do even more for our public schools" with a "historic $800 billion investment." Though the phrases "charter school" and "school choice" did not come up on stage last night, Warren solidified her anti-choice stance in a previous debate when she said "money for public schools should stay in public schools, not go anywhere else." And she told the president of the National Education Association last month that families should stay put in their failing public schools.

That was a purity test that Warren and her family cannot pass. In October, I discovered that Warren sent her son to elite private schools starting in the fifth grade. Less than a month later, Warren was caught on video speaking misleadingly to a voter about her decision to send him to private schools.

So Warren's daughter and son-in-law have chosen to send their kids to an elite private school, just as Warren chose to send her son to one. And that's fine! Parents should pursue what's best for their kids. If that means pulling them out of the public schools to get a better education elsewhere, they should have every right to do that.

The problem comes when politicians like Warren try to deny that opportunity to parents who do not have as much money as they do. All families, not just the rich and powerful, should be able to send their children to the schools of their choice.

Corey A. DeAngelis is the director of school choice at Reason Foundation. He is also an adjunct scholar at Cato Institute.