Don't Trade Stock Tips or Obsess About the Fed, Read Moby Dick Instead

You need to be inoculated from some strange but popular notions about the economy.

Deirdre McCloskey | From the January 2020 issue 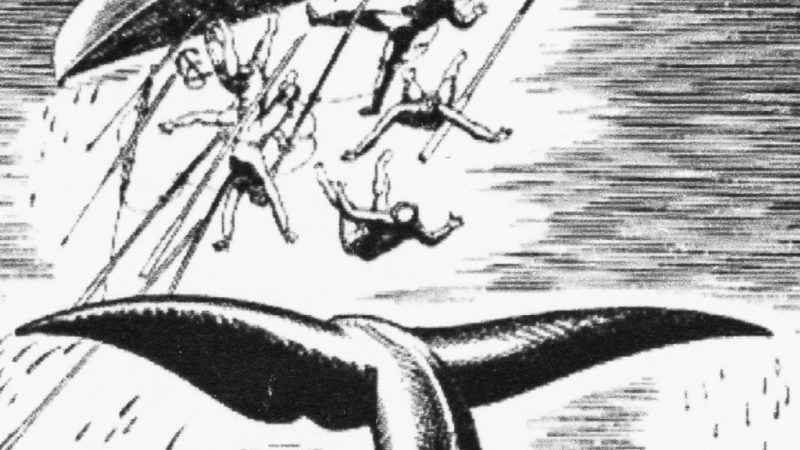 You need to be inoculated from some strange but popular notions about the economy. After the inoculation—it won't hurt much—you can turn off CNBC and skip over most of the economic chatter. It'll give you time to read Moby Dick. You really should. It's amazing and is markedly less fictional than the notions here.

Let's begin with this one: The stock market is predictable. CNBC specializes in it, with its talking, or sometimes shouting, heads. People want certitude, and stock tips provide the illusion. The industry of stock tipping came out of some century-old court decisions that trustees be prudent. The idea was to prevent the trustees from making off with the assets of widows and orphans yet allow for regrettable but unforeseeable losses. Preventing an agent from cheating the principal is the most ancient reason for accounting. But how to be prudent? Well, take sober advice on what stocks will perform. From CNBC.

A closely related notion is that interest rates are predictable. At a private meeting of the governing board of the American Economic Association in 1996, the secretary-treasurer read out, as was his duty, a letter sent in by a naive member. The letter proposed that economists, like every profession around them (statisticians, engineers, accountants, sociologists, political scientists, historians), adopt a code of ethics. After he read the suggestion, an embarrassed silence descended. Economists think of themselves as positivist scientists, without a need for ethical codes. Then one of the smart-alecks in the room dropped into the silence a suggestion: "The first rule should be 'Never predict interest rates.'" Everyone laughed.

Why do the sophisticated economists laugh at stock tips and interest-rate predictions? The answer is another question: "If you're so smart, why aren't you rich?" One might call it the American Question. If Ms. Jones, an investment counselor, knew the future of financial prices, she could get a second mortgage on her house and make a fortune. An unlimited fortune, in fact, because she could reinvest the profits. So why is she wearing a suit from JCPenney? And why is she selling tips to you for a modest commission?

The American Question is a fair one to ask of anyone who claims to know the future price of a thing or an event on which you can speculate. Paintings. Houses. The Kentucky Derby. The date of the next recession. The identity of the next president. If there's not a direct market in it, you can invest in things correlated with it. (Hot tip: The recession's date is correlated with the next president.)

Notice that the Question goes beyond mere uncertainty about the future, though knowing that, too, is wisdom in this vale of tears. As such wisdom was put by a philosopher and baseball manager, "It's hard to predict. Especially about the future." The Danish physicist, Niels Bohr, said the same, on the basis of quantum mechanics. But the American Question is an Uncertainty Principle specifically about an economy of alert human beings: There are no $100 bills, as you will have noticed, lying on the sidewalks of Michigan Avenue.

Enough about prediction. What about policy? Here the proverb is by Robert Burns: "The best laid schemes o' mice and men/ Gang aft a-gley./ An' lea'e us nought but grief an' pain,/ For -promised joy."

The policy notion on the left, including Sanders, is that running the economy is easy, and easily achieved in legislation. "What lawyers design," the lawyer-politicians declare, "will be how it actually turns out. After all, we say so, right here in the whereas-preamble to the legislation—that poor people will be better off if we enforce schemes for rent control, a minimum wage, usury restrictions on consumer loans, tariffs on goods supplied to Walmart, ordinances preventing Walmart from opening downtown, trade-union restrictions on entry to professions, and industrial policy to pick winners to be subsidized out of free public money."

It's childish. Since when has adding weight to a racehorse improved its speed? Adding weights on Peter to pay Paul can't make both better off, with rare exceptions such as taxes to finance elementary education for Paul's kids. Most such laws cause deadweight loss to the society taken as a whole and regularly damage poor Paul.

There are two popular responses, both also childish. One response, favored now by many in the GOP, says that making manufacturers better off by protecting them from competition has no cost in making the Farmer Joads of the country worse off by raising the prices of consumer goods. But of course the accounting here is simply wrong. The Joads are screwed by protection, sure enough.

The other theory, much favored by the Democrats, is that the prices charged by Peter, the rich businessman, are like taxes—mere extractions and not vital signals from customers and suppliers. Fat Peter, the Dems imagine, accumulates gold in the back room. The struggle on the picket line or in Congress to extract that gold will make poor Paul better off. Pile weights on Fat Peter's business, such as paid vacations and higher wages and lower hours. Keep doing it. Mine that unlimited gold.

Yet the sum of wages and working conditions is not determined by bargaining strength or by legal weights on business. It's determined by productivity—what people produce. There's no free lunch, dears, or else we could make the minimum wage $100 an hour and rents $0 a square foot with no damage to the very poor. Don't believe it.

And one last: The Federal Reserve controls interest rates. This is the notion that the very tip of the tail, the federal funds rate on interbank loans, can wag the economically relevant dog of long-term interest rates. The financial press swallows it. So do a surprisingly large number of professional economists. Yet bonds alone are $113 trillion, and they are but a small portion of all interest-bearing assets. How could a tiny Fed portfolio of $3.7 trillion, or the tinier federal funds rate, push around the yield on hundreds of trillions in assets? It's like Farmer Brown thinking he can push around the price of soybeans by withholding his crop or by "setting" a higher price at the local elevator.

That wasn't so bad, was it? Now get back to Moby Dick, noting that the first mate Starbuck is the economist on board.