Harris blamed billionaires for her failure to make a dent in the 2020 presidential race. 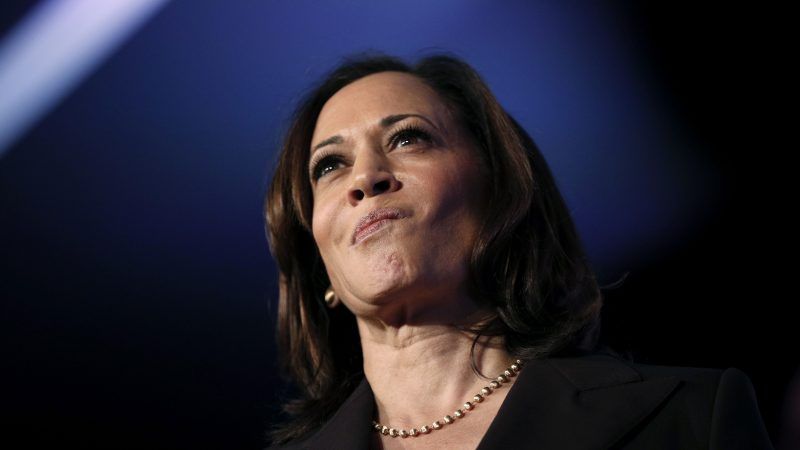 Sen. Kamala Harris is calling it quits on running for president, the California Democrat confirmed publicly on Tuesday.

The news comes after a series of bad signs for the Harris 2020 campaign, including money troubles, low morale among staff, and a rapid drop in support in recent polls of Democratic voters.

After entering the Democratic presidential race amidst talk of frontrunner status and peaking mid-summer after her attacks on former Vice President Joe Biden, Harris has lately been bested in polls by the likes of Rep. Tulsi Gabbard (D–Hawaii) and newcomer candidate Michael Bloomberg.

Gabbard delivered several deadly blows to the Harris campaign, offering real talk during the Democratic debates about Harris' criminal justice record and support for the status quo in Washington. While Harris should have been prepared for such attacks on her past record as a prosecutor, she responded to this and other Gabbard criticisms by making petty comments about Gabbard's polling numbers and questioning Gabbard's loyalty to the United States.

If Harris had merely been mush-mouthed about her time as a cop, that might have been one thing. But Harris also stumbled on a number of other critical issues, giving vague, convoluted, or ever-changing answers when asked about everything from Medicare for All to sex work decriminalization to school busing programs.

Harris' tendency to mug for the camera and exhibit wild tone shifts during the debates didn't do her any favors either. Even the Saturday Night Live portrayal of Harris (by actress Maya Rudolph) centered on Harris' striving for meme-worthy moments over substance when she's on stage.

Still, the sudden announcement today that Harris would be suspending her 2020 campaign came to many as a surprise.

On Tuesday, Harris emailed supporters with the following message:

My campaign for president simply doesn't have the financial resources we need to continue. I'm not a billionaire. I can't fund my own campaign. And as the campaign has gone on, it's become harder and harder to raise the money we need to compete.

In good faith, I can't tell you, my supporters and volunteers, that I have a path forward if I don't believe I do. So, to you my supporters, it is with deep regret ― but also with deep gratitude ― that I am suspending my campaign today.

This afternoon, Harris tweeted: "To my supporters, it is with deep regret—but also with deep gratitude—that I am suspending my campaign today. But I want to be clear with you: I will keep fighting every day for what this campaign has been about. Justice for the People. All the people."

This may not be the last we hear of Harris this election, however. Harris "is a rather plausible VP selection for pretty much all of the leading contenders," suggests FiveThirtyEight Editor Nate Silver, "and withdrawing now rather than after, say, a 6th place finish in Iowa or a 4th place finish in California probably helps preserve her reputation a bit."