The House is simultaneously advancing bills that would legalize marijuana and ban the vast majority of vaping products. 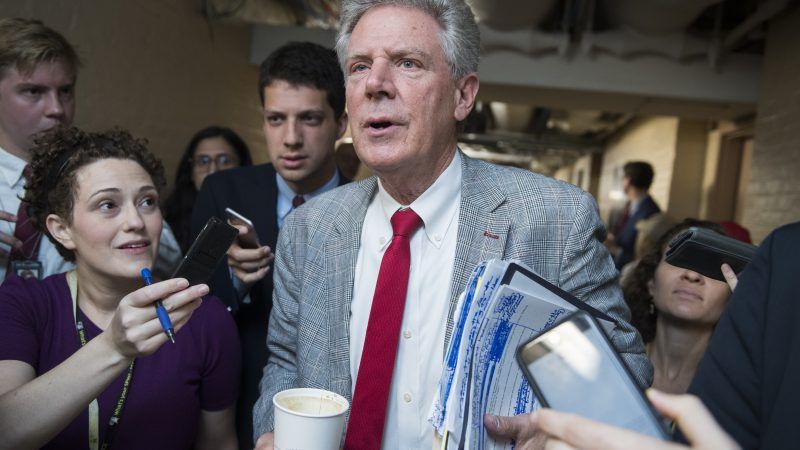 This week the House Judiciary Committee is expected to approve the MORE Act, which would repeal the federal ban on marijuana. Meanwhile, the House Energy and Commerce Committee yesterday approved a new federal ban on flavored e-cigarettes, which would make the vast majority of nicotine vaping products illegal. Also this week, the American Medical Association (AMA), which has questioned marijuana's classification as a Schedule I drug, approved a resolution calling for a complete ban on "all e-cigarette and vaping products."

The fact that Democratic legislators and AMA leaders who think the war on weed should be ended or scaled back are prepared to launch a new war on nicotine products is puzzling on its face, since they recognize the problems created by drug prohibition in one context while ignoring them in another. But the illogic of these contradictory impulses looks even worse when you notice that both the AMA and the members of Congress who want to ban flavored e-cigarettes are citing the recent outbreak of lung injuries tied to marijuana products as a justification for banning nicotine products.

Rep. Frank Pallone (D–N.J.), who chairs the House Energy and Commerce Committee and sponsored the ban on flavored nicotine e-liquids, mentioned "over 2,100 cases of lung injuries and 42 deaths related to vaping illnesses." The AMA likewise invoked "the recent lung illness outbreak linked to more than 2,000 illnesses and over 40 deaths across the country and a spike in youth e-cigarette use."

According to data from the U.S. Centers for Disease Control and Prevention, those cases overwhelmingly, and perhaps entirely, involve vaping of cannabis extracts, typically purchased on the black market. So far there is no evidence that legal nicotine e-cigarettes—the products that Pallone and the AMA want to severely restrict or ban—have caused any of these injuries or deaths. Since such products have been used by millions of Americans for years without causing such acute respiratory reactions, the likelihood that they are even partly responsible for the outbreak is approximately zero.

To be clear, the fact that cannabis products figure prominently in vaping-related lung injuries is not an argument for marijuana prohibition. Although a few lung disease cases have been linked to products purchased from state-licensed marijuana retailers, the main problem is a black market in which consumers do not know the provenance and composition of the products they are consuming. In a legal market, it is much easier to guard against potential hazards. Marijuana regulators in Colorado and Washington, for example, have banned the use of vitamin E acetate, a cutting and thickening agent implicated in the lung injuries, and state-licensed laboratories in states where marijuana is legal can test products for that ingredient and other potentially harmful additives or contaminants.

In other words, it is not at all inconsistent to call for legalization of marijuana in the face of health problems that seem to be caused by THC vapes containing ingredients that consumers do not anticipate. But it is exceedingly odd to cite those health problems while targeting an entirely different category of products. Worse, to the extent that bootleg nicotine e-liquids have played a role in the recent lung injuries, banning legal e-cigarettes will only exacerbate that problem.

Consider how The New York Times ties itself into knots while attempting to explain this utterly irrational political response. In an editorial last week, the Times recognized that the issue of "surging e-cigarette use among teenagers" is "distinct" from the issue of "a lung-injury outbreak that has sickened more than 2,000 people and killed at least 40." Because "black market products are a leading suspect in the lung-injury outbreak," it noted, "product bans are more likely to exacerbate this crisis than to mitigate it." But in a news story published yesterday, Times reporter Karen Zraick weirdly conflated the two issues that the paper's editorial board understands are unrelated:

A majority of those cases involve people who said they had vaped THC, which Juul does not sell. But the illnesses highlighted how widespread vaping has become among American teenagers.

The Times editorial also pointed out that a ban on flavored e-liquids is likely to drive some of the millions of Americans who have switched from smoking to vaping back to their former habits, which were indisputably much more dangerous. That point seems entirely lost on the AMA.

"In calling for an e-cigarette ban, the AMA is also calling for hundreds of thousands of ex-smokers to return to smoking," writes Michael Siegel, a public health professor at Boston University, "since that is the effect that such a policy would have on a large proportion of the 2.5 million ex-smokers who currently rely upon e-cigarettes to stay off of the real ones. In addition, the AMA is calling for the creation of a new, dangerous black market for e-cigarettes and e-liquids because the overwhelming majority of those vapers who do not return to cigarette smoking will turn instead to the black market in an act of desperation to avoid having to go back to smoking."

While the AMA says "we must keep nicotine products out of the hands of young people," Siegel notes, the policy it recommends would favor conventional cigarettes, a far more hazardous source of nicotine. "There is absolutely no way in which the AMA can justify calling for a ban on e-cigarettes while allowing real tobacco cigarettes to stay on the market." Siegel calls the organization's proposed ban on vaping products "the most dangerous health-related policy proposal from a medical or health organization that I have seen in my career."

The answer is surely not a blanket ban on all nicotine products, which would only add a new front to the disastrous war on drugs, compounding all the familiar problems caused by prohibition. But the shift from demonizing cannabis to demonizing e-cigarettes is not a good sign for anyone who hoped that recognizing the folly of marijuana prohibition would lead to a broader understanding of the costs inflicted by attempts to forcibly prevent people from consuming psychoactive substances.