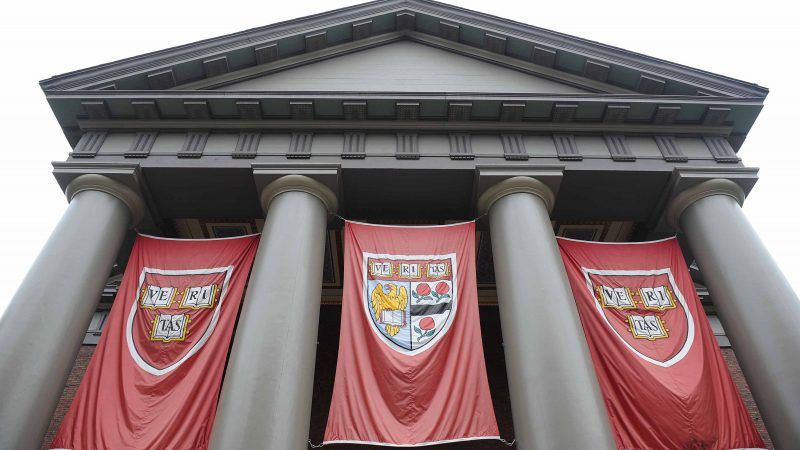 Some students at Harvard University still have it out for The Harvard Crimson. On Friday, a group of 50 activists gathered at the newspaper's headquarters to protest its coverage of pro-immigration rallies, which the activists have deemed insufficiently sympathetic.

Notably, the Friday protest was organized by "current and former Crimson editors," according to The Harvard Crimson, which has thus far refused to give in to the most serious demand—that reporters cease requesting comment from U.S. Immigration and Customs Enforcement. As The Crimson's top editor, Kristine Guillaume, has correctly and repeatedly explained, it is standard practice for journalists to seek comment from named subjects in articles.

Nevertheless, some of The Crimson's own staff members and alumni evidently think the paper should stop practicing objective journalism, and instead become some kind of mouthpiece for the activist left. Spearheading this effort is Danu Mudannayake, a design editor, who noted in a Medium post that protesters entered The Crimson building with signs that read "Undocumented Lives > 'Objective Journalism.'"

She also claimed that 33 current and active staff members of The Crimson signed an internal petition she circulated. The petition calls for "a formal apology, a review of the request for comment policy, and an open forum for students to share their concerns."

Mudannayake did not immediately respond to a request for comment.

Harvard's student government has voiced support for the protest, and the College Democrats have signed the activists' anti-Crimson petition.

I have been told that adult journalists are not supposed to criticize college-aged journalists, even when they really, really deserve it. Nevertheless, I would submit that ongoing activist efforts (internally and externally) to compel the student paper of the country's most elite university to forfeit its objectivity merit some amount of concern from professional journalists. After all, some of these activists may soon be joining our ranks.