Afghanistan taught us the risks of miring troops in entrenched domestic security problems. 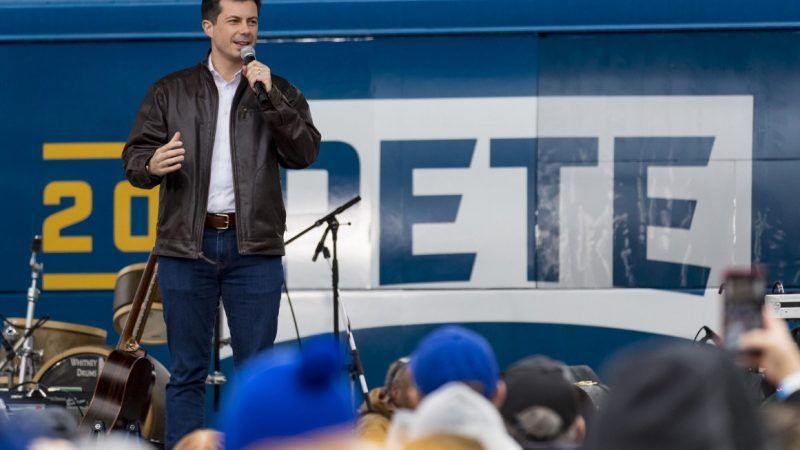 South Bend, Indiana, Mayor Pete Buttigieg: We should bring our troops home from Iraq and Afghanistan!

Over the weekend, several Democrats running for president swung through California. In a Los Angeles forum focusing on Latino voters, Buttigieg suggested it might be appropriate to send the military to Mexico to help deal with that country's drug violence.

Asked if he would consider military assistance in Mexico, if the country were to request any, Buttigieg told ABC7 reporter Adrienne Alpert: "If it is in the context of a security partnership, then I would welcome ways to make sure that America is doing what we can to ensure our neighbor to the South is secure."

But Buttigieg also hedged significantly, saying he'd only send troops into conflict if American lives were on the line, if there were no other choice, and if treaty obligations necessitated involvement. More importantly, he's not suggesting anything like President Donald Trump's tweet that he'd be happy to send U.S. forces down to Mexico to "wage WAR on the drug cartels and wipe them off the face of the earth."

Buttigieg is also well aware that the power of the drug cartels in Mexico has been reinforced by our own overly militant policing, which helped create such a dangerous black market in the first place.

"Part of what we can do is make drug trafficking less profitable by walking away from the failed war on drugs here in the United States," he said.

So the totality of Buttigieg's comments make it pretty clear that he doesn't actually want to send troops down to Mexico to help fight drug cartels, but he might be willing to consider some sort of security agreement to provide military assistance.

But he shouldn't consider even that. Buttigieg, a Navy veteran, was deployed to Afghanistan as an intelligence analyst in 2014. He has been calling on the campaign trail and in debates for withdrawing troops from Afghanistan and Iraq. His history in Afghanistan is instructive, because the country's attempt at self-government has been mired in all sorts of corruption that the U.S. military is not in a position to combat. Our "assistance" in Afghanistan in recent years has mostly involved putting troops' lives on the line as billions of U.S. dollars get blown on projects that a federal inspector described as plagued with "far too many instances of poor planning, sloppy execution, theft, corruption, and lack of accountability."

While Mexico is nowhere near as unstable as Afghanistan, it's clear that there is an extremely corrupt relationship between its drug cartels and its local government officials. American troops are no better positioned to "fix" Mexico's internal security issues than they were Afghanistan's. That's not what America should be using its military forces for, and it's certainly not where we should be directing defense spending.