The now-fired Daryl Jones: "I got my rights to do anything I want to do. I'm a police officer." 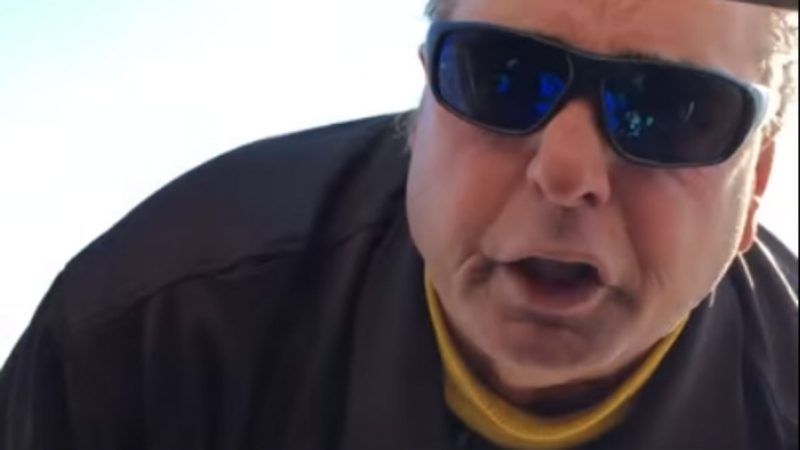 An off-duty Indiana constable has been fired after a video showed him harassing two Nordstrom Rack customers for being "suspicious."

Aaron Joseph, one of the shoppers, posted a video of the incident to his YouTube channel last week. The video shows Lawrence Township Constable Daryl Jones, who is white, interacting with Joseph and his cousin, who are black, after they finished shopping.

Jones approaches the side of their vehicle and tells them to show their driver's licenses. When they ask his reasoning, Jones says, "Because I told you to." He then threatens to call backup if they don't follow his commands.

In the video, Joseph and his cousin ask Jones to call a supervisor. Jones verbally refuses. The men continue to question the grounds for the stop.

"I got my rights to do anything I want to do. I'm a police officer," Jones shouts inside the car. Jones then calls for backup as Joseph and his cousin continue to challenge the stop.

A few minutes later, an officer with the Indianapolis Metropolitan Police Department (IMPD) responds to the call.

Jones tells the IMPD officer that the men "got a bunch of stuff" inside the store and then drove so that he couldn't see their license plate. Joseph and his cousin push back on the narrative, saying that they were just shopping inside. At one point, Jones even admits that the two men had, in fact, paid for their items and did not steal anything.

After a conversation with Jones, the IMPD officer tells the men that they are okay to leave.