Democrats Are Conjuring Up New 'Rights'

Faced with a president they find repulsive to the core and with unfunded future payment obligations in the many trillions, Democrats think now is the time to really unleash Washington.

Matt Welch | From the December 2019 issue 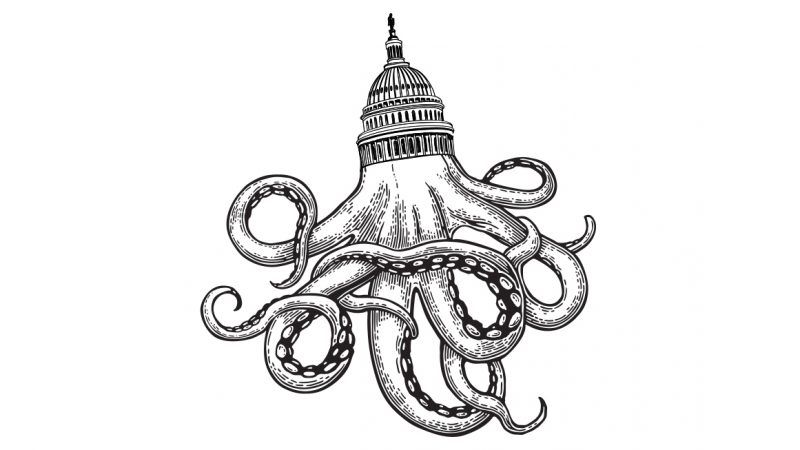 "Living close to work shouldn't be a luxury for the rich," Democratic presidential candidate and former congressman Beto O'Rourke tweeted in September. "It's a right for everyone."

In a video of a campaign stop embedded in the tweet, the perpetually earnest Texan elaborated on this new right.

"Here's a tough thing to talk about, though we must," O'Rourke said. "Rich people are going to have to allow, or be forced to allow, lower-income people to live near them….We force lower-income, working Americans to drive one, two, three hours in either direction to get to their jobs, very often minimum wage jobs."

There are a half-dozen fuzzy-to-erroneous ideas baked into that language—"we" don't "force" just about anyone to drive two-plus hours a day to and from work, for starters. But the underlying principle is worth pondering, particularly since you see it all over the left side of the political spectrum these days. O'Rourke is urgently demanding a federal role in life choices that are shaped by policies at the state and local level.

The Bill of Rights, famously, focuses on "negative" rights—the stuff that government is prohibited from doing to you. ("Congress shall make no law," etc.) In 1944, President Franklin Delano Roosevelt suggested a "second Bill of Rights" that would put the federal government in the position of affirmatively guaranteeing "positive" outcomes—"the right of every family to a decent home," freedom from "unfair competition and domination by monopolies," and so on.

The idea went nowhere constitutionally, but the principles behind it survived beyond FDR, notably through President Harry Truman's 1949 Fair Deal, which called for such positive goods as universal health care, and which served as a precursor to Lyndon Johnson's Great Society programs of the mid-1960s.

Ambitious, managerial progressivism crashed and burned with the quadruple disappointments of Vietnam, inflation, rising crime, and the longstanding surveillance abuses uncovered in the Watergate scandal. The next two Democratic presidents were both defined by what former California Democratic Gov. Jerry Brown once called the "era of limits." Even President Barack Obama initially coupled his signature domestic expansion of government, the Affordable Care Act, with talk of tackling long-term entitlement reform and enacting a "net spending cut."

That era is no more. Even in the face of renewed trillion-dollar budget deficits and a sitting president who cheerfully abuses power, Democrats are all in on expanding federal and executive authority, locating positive rights under every rock.

Sen. Bernie Sanders (I–Vt.) in September called for national rent control, plus $2.5 trillion in new federal housing-construction money, paid for by a wealth tax on the top 0.1 percent. Sen. Kamala Harris (D–Calif.) is proposing $2 trillion of new spending for historically black colleges and universities alone. That's not enough for former Housing and Urban Development Secretary Julián Castro, who wants that whole smorgasbord plus slavery reparations, as spelled out at the third Democratic presidential primary debate: "We have to connect the dots," he said, "to uplift the quality of life, to invest in housing opportunity, to invest in job opportunity, to invest in community schools that offer resources like parents able to go back and get their GED, and health care opportunities, and those things that truly ensure that the entire family can prosper." Is that all?

On the narrower issue of housing, Democratic presidential candidates are proposing the same types of policies—rent control, subsidies, tax hikes, limitations of property rights—that are already on the books in places where housing is expensive and commutes are long, such as Los Angeles, San Francisco, and New York. Unlike the Sunbelt metro areas where housing is cheap, these places also happen to be run by Democrats.

On the broader issue of philosophical rights, there is genuine cause for despair. A previous generation's myriad governing failures and roster of political creeps led to a productive period of skepticism about what the federal government should try to do. But faced with a president they find repulsive to the core and with unfunded future payment obligations in the many trillions, Democrats think now is the time to really unleash Washington. You have the right to remain pessimistic.