The legislation would require warrants for extended surveillance, but look at what it explicitly OKs. 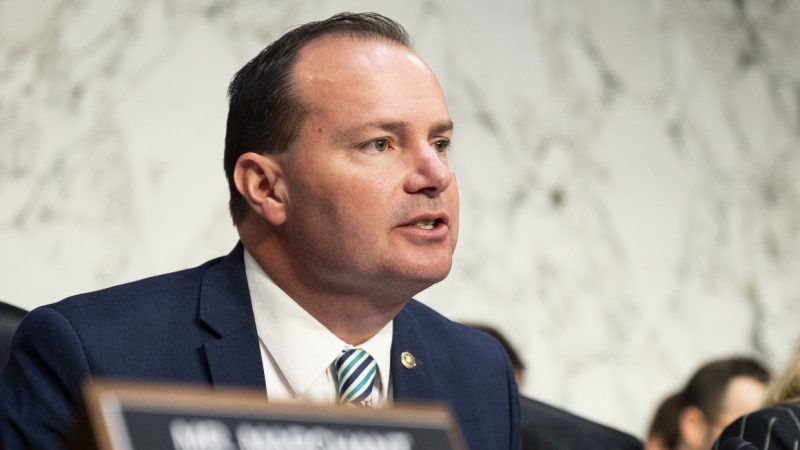 A pair of senators are teaming up across the aisle to put limits on how federal law enforcement agencies use facial recognition tools and when they must seek a warrant.

This week Sens. Mike Lee (R–Utah) and Chris Coons (D–Md.) introduced the Facial Recognition Technology Warrant Act. If it becomes law, it would require federal officials to get a warrant if they're going to use facial recognition technology to attempt to track a specific person's public movements for more than 72 hours.

The bill does not prohibit the use of facial recognition technology to identify people or even to monitor events in real time. Indeed, it says the authorities can use facial recognition to identify people, even without a warrant, as long as "no subsequent attempt is made to track that individual's movement in real time or through the use of historical records after the individual has been identified."

In other words, the Facial Recognition Technology Warrant Act doesn't actually require warrants for the application of the technology, except for long-term surveillance of specific individuals.

Nevertheless, Coons and Lee put out a statement—joined by Fred Humphries, corporate vice president of U.S. government affairs at Microsoft—to praise what the bill would accomplish if passed. "Facial recognition technology can be a powerful tool for law enforcement officials," said Lee. "But it's [sic] very power also makes it ripe for abuse. That is why American citizens deserve protection from facial recognition abuse. This bill accomplishes that by requiring federal law enforcement agencies to obtain a warrant before conducting ongoing surveillance of a target."

Americans for Prosperity also declared its support of this bill, which it sees as more balanced than a full ban on government's use of facial recognition tech tools. Americans for Prosperity prefers regulations that keep authorities from abusing the tech. "We're standing behind this bill," said Senior Policy Analyst Billy Easley, "because we believe in the appropriate application of facial recognition technology and ensuring it is used for good rather than the mistreatment of Americans."

Other privacy activists are much less impressed. The bill doesn't stop the feds from accessing or using the hundreds of millions of face pictures they've already collected from drivers licenses and passports. In fact, it specifically gives such use a thumbs-up. At CNet, representatives of the American Civil Liberties Union and Fight for the Future express their misgivings:

"It has gaping loopholes that authorize the use of facial recognition for all kinds of abusive purposes without proper judicial oversight," said Evan Greer, Fight for the Future's deputy director. "It's good to see that Congress wants to address this issue, but this bill falls utterly short."

Read the bill for yourself here.