"We’re still doing interviews, speaking with students, learning what was said and the context of the comment." 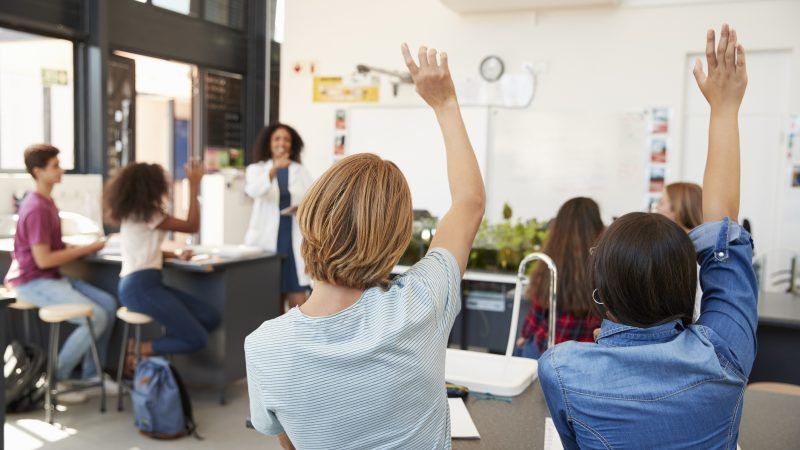 A teenager made fun of President Donald Trump. Apparently, that's a matter for the police.

In North Carolina, the Surry County Sheriff's Office is investigating a North Surry High School student for telling an anti-Trump joke during a school-sponsored improv show.

"Regrettably, the performance included an inappropriate joke about the President," the school explained in a statement, according to The Winston-Salem Journal.

The article does not say, and the school has not revealed, what the joke was. Perhaps it broke some sort of school rule. In that case, it may merit disciplinary action—by the school.

But—as should be obvious to all—an offensive joke is not so serious that the police need to involve themselves. Unless the "joke" was actually a violent threat, in which case I assume the statement would spell this out, there is simply nothing to investigate. It's protected speech.

The sheriff's office sprang into action after several pearl-clutching parents complained, according to The Journal:

That complaint started the investigation, which is being conducted by school resource officers, Hudson said.

"We're still doing interviews, speaking with students, learning what was said and the context of the comment," Hudson said.

I reached out to the school's principal, Paige Badgette, and resource officer, Delinda Kyle, but did not immediately receive a response.

This is one of the dangers of having police in schools in the first place: Minor disciplinary matters that should be addressed by parents, teachers, and councillors end up getting handled by the cops. And the police influence makes it much more likely that misbehaving teens will find themselves unnecessarily involved in the criminal justice system.

The school and the police should put an immediate stop to the investigation and cease violating this teen's First Amendment rights. And the parents who called the cops on a kid for making an anti-Trump joke may want to think twice if they're ever tempted to complain about political correctness run amok.