A New York Times reporter says "the situation was way more complicated than it first appeared." No, it wasn't. 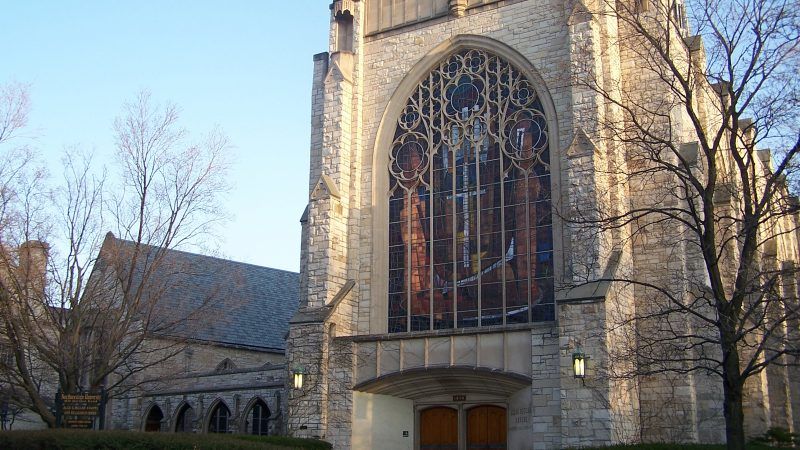 The wheel of outrage spins so fast these days it's difficult to keep up. While some readers may be just learning about The Daily Northwestern's capitulation to activist students who said its coverage harmed them, the media has already moved on to the backlash to the backlash.

Earlier this week, Northwestern University's student paper ran an editorial apologizing to student-activists for the way reporters covered a campus visit by former Attorney General Jeff Sessions. Activists had claimed that the coverage undermined their safety, and that pictures of protesters violating campus policies—like trying to break into the event space and quarreling with police—could get them in trouble.

"We recognize that we contributed to the harm students experienced, and we wanted to apologize for and address the mistakes that we made that night," the paper's editor wrote.

This prompted tons of criticism. Charles Whitaker, dean of Northwestern's famed Medill School of Journalism, called the editorial "heartfelt though not well-considered" and likely to send a chilling message. On social media, many professional journalists piled on.

That, in turn, prompted criticism from those who thought the initial criticizers should leave the kids alone. Cue The Outline's Jeremy Gordon, who decreed that "If you're over the age of 23, you're not allowed to care what college kids are doing." He also criticized a whole host of people—including "Robby Soave, a staff writer at provocative centrist website Reason"—for doing just that.

"There's nothing more that a certain huffy kind of journalist loves than to lazily extol the vague virtues of Journalism as a life calling over the specific concerns that prevent actual journalism from being done," he wrote.

It's true that The Daily Northwestern arguably received more opprobrium than was merited—alas, it is impossible to correctly calibrate the anger machine on Twitter—and that college-aged journalists are bound to make mistakes. They shouldn't be held to the impossible standard of getting it right every time, especially when professional journalists can't meet that standard ourselves.

But the backlash-to-the-backlash crowd also seems determined to defend the apology itself. Tacitly, they give power to the activists who say journalists should do their bidding.

I might have gasped in horror when I first read the Daily Northwestern's statement of apology for its reporting. Now I know that the situation was way more complicated than it first appeared. https://t.co/Ek6AfpKfXH

Contrary to what Bosman claimed, the story is not more complicated than it first appeared. Indeed, it's exactly what it appeared: Some student activists said that the standard practices of The Daily Northwestern's reporters and photographers hurt their feelings, undermined their goals, and put them at risk of punishment.

One of the irate protesters told the Times: "We weren't there to get in the newspaper. We weren't there to get national attention. People still hold dear that their journalistic duty is the most important thing, and that's not the case." On Twitter, activists complained that journalism "only serves power" and is illegitimate unless practiced in a manner that serves the activist cause.

The Times also reflected on a related controversy at Harvard, where activists have called for a boycott of The Harvard Crimson because it follows the standard journalistic practice of asking the subjects of stories for quotes, even if the subject is an organization the activists don't like:

And there has been dissent within The Crimson. Danu Mudannayake, 21, a senior who is an illustrator at the paper, said in an interview, "We just internally want to see more done to address the concerns on campus and not uphold this quite cold front that 'We are a newspaper at the end of the day, and that is before anything else.'"

She suggested that the era called for a different kind of journalism, particularly for student journalists.

"We can still be serious student journalists, but still have more empathy," she said. "I think the question of empathetic journalism is, at least for us on the inside, what's at the heart of it."

Mudannayake was one of the leaders of the protest against Harvard Law Professor Ronald Sullivan, who was branded "deeply trauma-inducing" for agreeing to represent accused sexual abuser Harvey Weinstein.

The initial concern of those who reacted negatively to the Daily Northwestern editorial is that student journalists feel pressured to compromise their editorial integrity in order to appease an activist agenda. That's a legitimate concern, and it's really not "way more complicated."