DACA Has Its Day at the Supreme Court 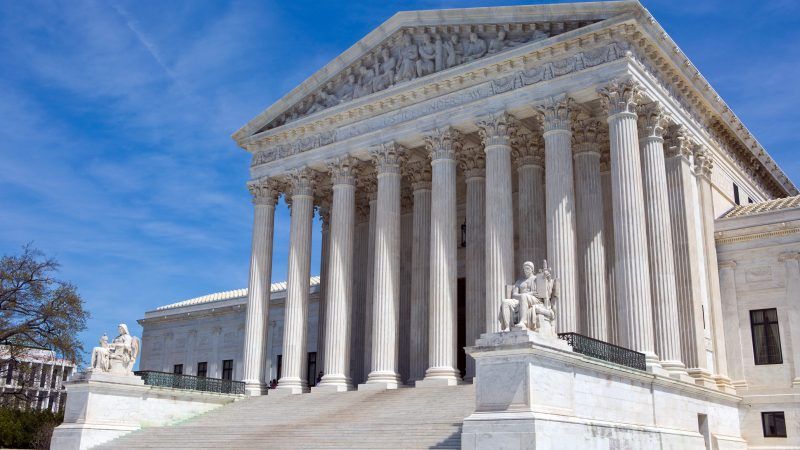 The Supreme Court will hear oral arguments today in a lawsuit challenging the Trump administration's attempt to wind down the Deferred Action for Childhood Arrivals (DACA) program.

Created by the Obama administration in 2012, DACA was an executive action that stalled the deportation of people brought to the country illegally by their parents when they were under 16, and allowed them to apply for work authorization as adults. To be eligible for DACA, recipients couldn't have a criminal record.

Some 800,000 people have benefitted from the program. But its legality has long been controversial.

In 2017, then-Attorney General Jeff Sessions announced that the administration would be winding down the program, arguing that the president did not have the authority to unilaterally suspend deportations and, therefore, DACA was illegal.

The decision kicked off a flurry of lawsuits against the Trump administration, all asking federal courts to preserve DACA.

Supporting the government's position are Cato Institute legal scholars Josh Blackman and Ilya Shapiro. While stressing that they support DACA's policy outcome, Blackman and Shapiro wrote in an amicus brief that "the president cannot unilaterally make such a fundamental change to our immigration policy—not even when Congress refuses to act."

"The attorney general reasonably determined that DACA is inconsistent with the president's duty of faithful execution," the two wrote.

Disagreeing with them is Ilya Somin, a libertarian law professor at George Mason University, who maintains that President Barack Obama was well within his rights to enact DACA.

"Critics attack DACA on the grounds that Obama lacked legal authority to choose not to enforce the law in this case. This critique runs afoul of the reality that the federal government already chooses not to enforce its laws against the vast majority of those who violate them," wrote Somin in a Volokh Conspiracy blog post yesterday.

Because DACA is legal, and the Trump administration has failed to offer a coherent policy reason for getting rid of the program, Somin argues the Supreme Court could well rule against the government.

Lower courts have stalled the administration's attempts to kill DACA on similar grounds, ruling that the Trump administration has yet to articulate a valid policy justification for ending the program.

Today, legal observers will be watching Chief Justice John Roberts, who has proven to be something of a swing vote when it comes to the president's powers over immigration—Roberts voted to uphold the administration's travel ban but voted to strike down its attempt to put a citizenship question on the 2020 census.

Regardless of the legal arguments about DACA's legality, there's a strong policy case for preserving the program.

Deporting people who were brought by their parents to the U.S., many of whom know no other home but America, is unjust, since hundreds of thousands of people could be sent back to dangerous countries they have little connection to—some DACA recipients might not even speak the language of their country of origin. Not to mention, ending DACA and the work authorizations that come with it would cost the government and economy billions in lost tax revenue and economic growth.

Over at City Journal, Steven Malanga lists some of the very predictable ways that New York state's June expansion of rent control is undermining the rental property market.

Because New York's progressive legislators can't repeal the laws of the marketplace, the effects have already begun to show. Two owners of large portfolios of buildings with rent-regulated apartments have already started falling behind on mortgage payments. Sales of rental apartment buildings in New York plunged 50 percent in the first quarter after the legislation was enacted, and now some owners face the prospect of being saddled with buildings operating at a loss, with a value less than their mortgages."

New York City has long maintained a rent stabilization program, which caps how much landlords can increase rents at some 1 million rent-regulated apartments.

This year, the state legislature expanded the law, limiting the repair costs property owners can pass on to tenants, and getting rid of a provision that allowed landlords to charge market rates at apartments occupied by high-income renters.

Both Oregon and California have passed statewide rent control legislation this year in response to high housing costs. Research has shown rent control to be a good deal for tenants in price-controlled apartments.

The policy, however, raises rents for everyone else by deterring new construction and encouraging property owners to convert their rental properties into for-sale condominiums.

New York is currently is being sued in federal court by two landlord associations over its rent control regulations.

Uber CEO Dara Khosrowshahi's inexplicable decision to label the killing of Jamal Khashoggi, the Washington Post columnist killed by the Saudi Arabian government, a "mistake" in a recent Axios interview kicked off a brief call to boycott the company yesterday.

"It's a serious mistake. We've made mistakes, too, with self-driving [vehicles], and we stopped driving and we're recovering from that mistake," said Khosrowshahi when pressed on the fact that Saudi Arabia's sovereign wealth fund remains a major investor in Uber.

Uber CEO on Saudi Arabia's killing of Jamal Khashoggi: "It's a serious mistake. We've made mistakes too, right, with self-driving … So I think that people make mistakes. It doesn't mean that they can never be forgiven" pic.twitter.com/EvinRrh3SE

The comments, which Khosrowshahi has since walked back, raised the ire of many on Twitter, including Washington Post Global Opinions Editor Karen Attiah.

In the case of @Uber, these are men with a considerable amount of power that affect people's lives. Their jobs.

In response to the boycott, others suggested that this rage might be better channeled at members of Congress who've voted to sell weapons to the Saudi government.

@UnrealAllan @_chrismattingly Everyone who thinks they're so edgy with their #BoycottUber tweets should remember how politicians in both the (R)&(D) have voted to sell weapons to the Saudis so they can continue genocide in #Yemen. Get off Twitter and call them instead.???? pic.twitter.com/XPUfLzv21W