An analysis of survey data finds that pre-existing differences entirely explain the association between e-cigarette use and current smoking among teenagers. 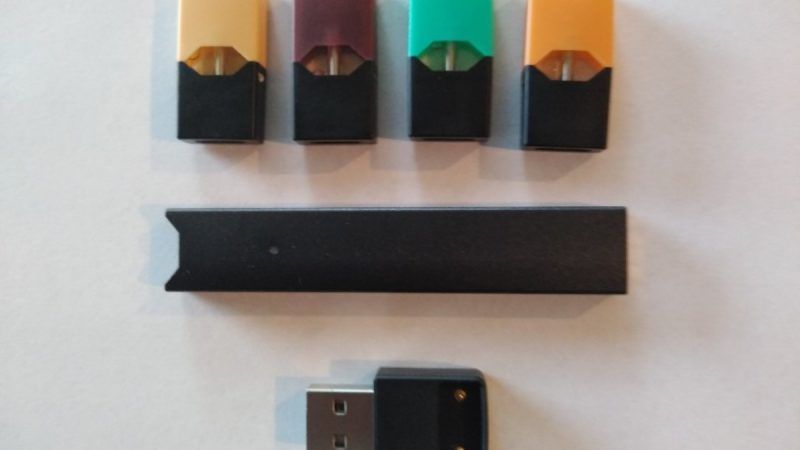 Despite predictions that rising e-cigarette use by teenagers would make adolescent smoking more common, just the opposite seems to be happening: Smoking by teenagers fell to record lows as vaping took off, and that downward trend accelerated as e-cigarettes became more popular. A new study casts further doubt on the fear that e-cigarettes are a gateway to the real thing, finding that the association between vaping and current smoking among teenagers can be entirely explained by pre-existing differences.

The study, reported yesterday in the journal Nicotine & Tobacco Research, is based on 2015 and 2016 data from the Monitoring the Future Study, which surveys eighth-, 10th-, and 12th-graders. After "accounting for the propensity for using e-cigarettes based on 14 risk factors," the researchers found that "e-cigarette use does not appear to be associated with current, continued smoking." Instead, they say, "the apparent relationship between e-cigarette use and current conventional smoking is fully explained by shared risk factors, thus failing to support claims that e-cigarettes have a causal effect on concurrent conventional smoking among youth."

While "e-cigarette use has a remaining association with lifetime cigarette smoking after propensity score adjustment," the authors add, "future research is needed to determine whether this is a causal relationship or merely reflects unmeasured confounding." In any case, the main public health concern should be whether trying e-cigarettes makes teenagers more likely to become regular smokers, not whether it makes them more likely merely to try conventional cigarettes.

The new analysis "shows that standard statistics, which are used in most studies out there, are biased when it comes to looking at the effects of e-cigarettes," co-author Arielle Selya, an assistant scientist at Sanford Research in South Dakota, told CNN. "It's really important to hold off on making policies on e-cigarettes until we have a more solid understanding of [their] effects."

Selya warned that a "knee-jerk reaction" to underage vaping could inadvertently lead to more smoking. "We have to ask what the effect of regulating e-cigarettes would be," she said. "At a minimum, existing policies should be continuously re-evaluated as more research comes out."

The federal government's knee-jerk reaction, a ban on flavored e-cigarettes that is expected any day now, is based on the assumption that making such products less appealing to teenagers will deter underage use. But the pending restrictions also will make vaping less appealing as an alternative to smoking—a far more dangerous habit—among both teenagers and adults, who overwhelmingly prefer the flavors targeted by the ban.

The Trump administration reportedly was considering loosening its ban, which originally would have covered all flavors except tobacco, to exempt mint and menthol as well. But a research letter published today in The Journal of the American Medical Association warns against that approach, saying data on flavor preferences from the Monitoring the Future survey "raise uncertainty whether regulations or sales suspensions that exempt mint flavors are optimal strategies for reducing youth e-cigarette use."

That conclusion, which the Food and Drug Administration reportedly has accepted as a rationale for including mint in its ban, is based on the finding that mint was the most popular Juul pod flavor among 10th- and 12th-graders this year. But as the researchers note, Juul suspended offline sales of flavors other than mint, menthol, and tobacco last fall. It is hardly surprising that mint pods would be relatively popular this year, since they were much more accessible than the restricted flavors (which Juul recently stopped selling through its website as well). If mint is eliminated, of course, menthol and tobacco will move up on the list. Will that show those flavors cannot be tolerated either?

Teenagers who find menthol and tobacco unpalatable might stop vaping, or they might seek out black-market alternatives, which may pose special risks. Meanwhile, smokers who have switched to vaping might switch back when their preferred flavors are banned, dramatically increasing the health risks they face. Or they also might start buying bootleg pods and e-liquids of unknown provenance and composition. Even leaving aside libertarian objections to regulations that restrict adults' choices in the name of protecting children, a policy that leads to more smoking and more consumption of black-market vaping products is pretty hard to justify from a public health perspective.